Bethesda Softworks has re-released this Istvan Pely title, which was previously known as Satin Rift. I can't presume to know their motivations for doing this.

Perhaps they're angry with us.

I also don't know if changes, minor or substantial, were made to the original game for this release, not having ever played Satin Rift. 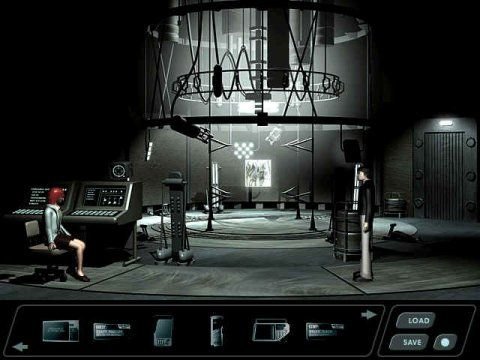 I'm feeling a bit conflicted here, because I like to encourage all games in our beleaguered adventure genre, particularly those that come from independent developers, writers, and designers like Mr. Pely.

But I also have an obligation to you, dear reader, and I've got to tell you this game doesn't have much to recommend it.

The setup of this third-person point and click adventure, admittedly, sounds quite promising. Here it is: You play an interstellar investigator who's sent to a distant planet outpost to get to the bottom of a killing that occurred in a mysterious experimental station. So far, so good. Does the game live up to this terrific setup? Well, I wish the news was good, but . . . 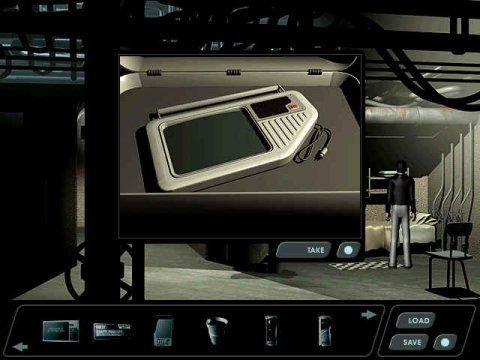 First, the design. The graphics are okay I guess. They're simple and elegant. BUT, until the very end of the game, there is only one color in the game's palette: steel gray. Lots and lots of shades of steel gray. Dark steel gray. Pale steel gray. Mottled steel gray. After a while I felt I was going snowblind. Plus, the game takes place in a very small area, so you're looking at the SAME few gray surfaces over and over.

Next, the characters. They have a sort of a cool, 3D computer animated look, but they are wooden in the extreme. Character movement is awkward and unrealistic. Plus there are very, very few of them.

Next, conversation. This is the first Windows-format game I've ever played in which the characters don't talk! Well, that's not true exactly. They talk in subtitles. Only. I guess Bethesda just wouldn't give Istvan a budget for voice actors. This omission added the game's amateurish, unfinished feel. Hey, maybe I should count my blessings. We so often carp about terrible voice acting in our games. I can say definitely that Zero Critical does NOT have a problem with bad voice acting! Perhaps Istvan is onto something after all . . . 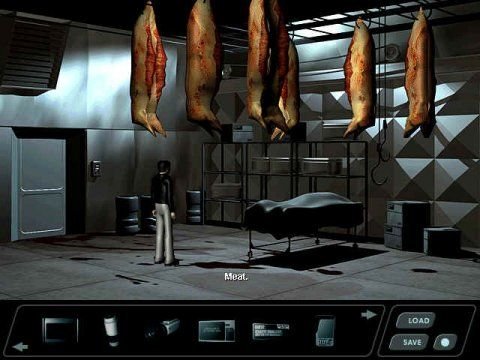 On to the conversation trees themselves. They're just not good. No, they're horrible. Flat, repetitive and downright nonsensical at points. Characters will repeat entire conversations they've had with you, even when they no longer make sense with the plot.

Whatever the game engine Bethesda is using, it's not a very intelligent one. The gameplay suffers as well, as the mouse control is extremely temperamental, which leads to stupefying misunderstandings when playing the game. In other words, thee were several times when Ineeded to use an inventory object to accomplish a certain task. I would attempt the task over and over with no result. Then I'd try something arbitrary like leaving the room and reentering, and voila! The inventory object would work! This is a real problem when the action you are trying to accomplish is vital in order to get the game to move forward. This clumsy "point and click" problem literally brings the player to a dead end several times in this tedious game.

What's sadly ironic about Zero Critical is that it is so strong in an area in which so many games fail: STORY. The story in this game is intriguing, mysterious, violent, and at moments, even visionary and romantic. What more could you ask from a game? Unfortunately, in these sophisticated days, we generally ask much more, and Zero Critical simply can't deliver. 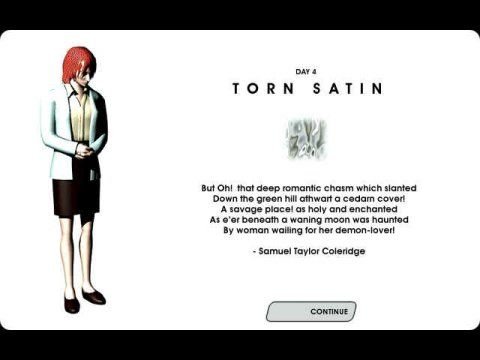 I know, I know, we complain about weak stories in games all the time. I should be thrilled that Zero Critical has a good story. And I am glad, and I would be interested in what future stories Istvan Pely comes up with. I think any big game shop would be lucky to get him as a story developer.

Unfortunately, a good story is simply not enough any more. This game lacks in graphics, dialog, game engine and game play.

Unfortunately, while playing this game I felt I had stumbled into amateur hour.

One virtue does not a good game make.

GAME INFO Zero Critical is an adventure game by Istvan Pely Productions released in 1998 for Mac and PC. It has a Illustrated realism style and is played in a Third-Person perspective.