Anime. Whether you love the Japanese art style and follow it fervently, or were simply subjected to repeat viewings of the Pokémon cartoons, you can't fail to notice its highly distinctive nature. It's surprising, then, that such a popular style hasn't often been used in the adventure genre. Recently, however, first-time developer Studio Trophis has done exactly that with the white chamber, and more importantly, they've made a game that's also quite fun to play.

In terms of presentation, the white chamber is a game that has to be played to be believed. After an opening animated video -- how often do you get one of those in a free game? -- the artwork continues to impress in both detail and style. Whether in rooms that are aged and dirty, splattered in blood, or pristine in condition, the skewed perspectives and intricate nature of the backgrounds are a real treat for the eyes, while foreground art and animation are equally impressive. A few clipping problems have managed to make it past playtesting, with the main character's feet protruding into walls, but in other respects the graphics are leagues ahead of most recent Underground adventures.

Though there isn't any recorded speech, the audio is also top-notch. The ambient background sound, along with odd snatches of music and sudden noises, really help to crank up the tension. The sound of footsteps even change to reflect the surface being traversed -- a minor point, but an example of the sort of attention to detail that adds greatly to the immersion. 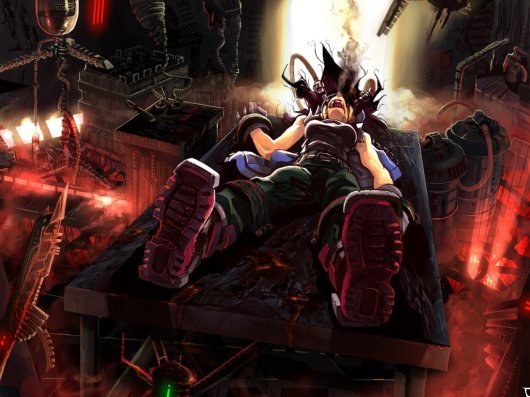 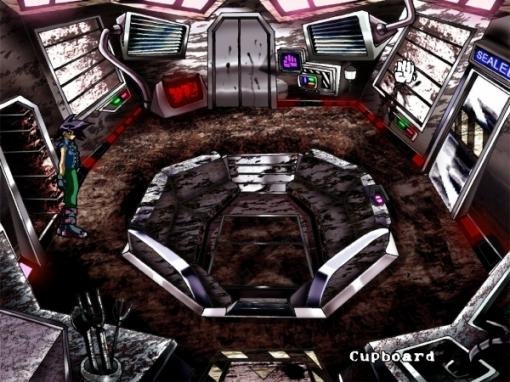 Navigating this world is handled by a simple mouse-driven interface, where left-clicking causes the character to move and a right-click over a hotspot prompts the appearance of a selection of possible actions. While generally intuitive and responsive, a few flaws do appear, such as the cursor being too large for the precise work of in-game email-checking, but such problems are rare and extremely minor.

The central plot idea -- that of the player character waking up on an abandoned space station with no memory of the events that have occurred and a terrible secret to uncover -- isn't new, but it is well told. Indeed, the writing is of a high quality throughout, with the main character's lines sounding very natural. The developers have managed to spin an intriguing yarn; one with enough mystery to keep you playing through to the eventual resolution in the final scenes of the game. Though not particularly scary, the white chamber is definitely rooted in the horror genre, with some particularly nightmarish sequences, gruesome imagery, and unexpected shocks. The way in which locations and situations are suddenly changed often proves an unsettling experience, but one that always offers an element of interest. This is crucial in pushing the player through the game to one of four possible endings. 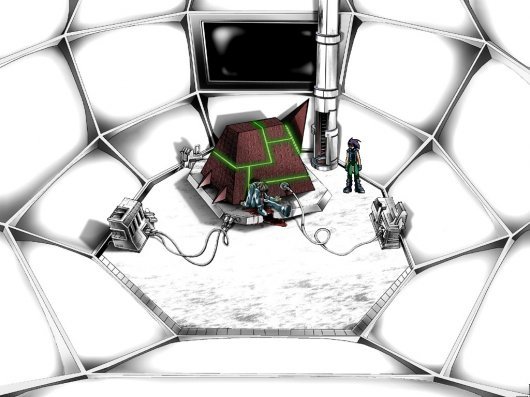 Yes, you read that correctly. the white chamber has multiple endings, which is also highly unusual for a free game. Though one of these is obviously the "right" result, and two could conceivably not count as they're really only elaborate death sequences, it is interesting to explore the several potential fates of the protagonist. Two of the endings are triggered by actions taken throughout the game, but the careful player will probably require only the minimum of backtracking in order to enjoy both of them. 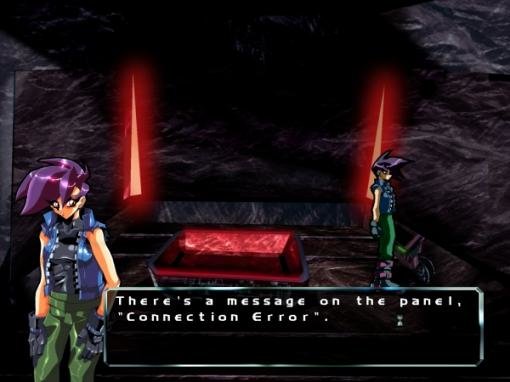 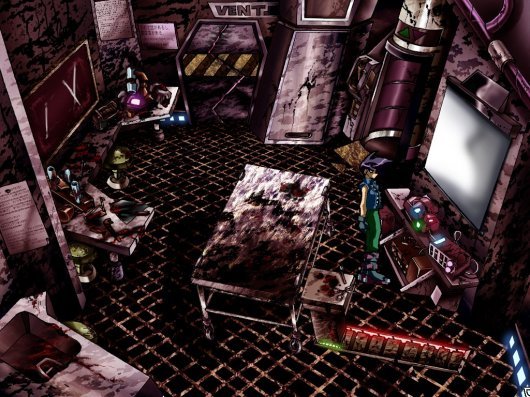 The same high quality of the presentation doesn't always apply to the gameplay, however. For the most part, tasks are reasonably varied, ranging from a combination puzzle through object manipulation to a sequence that places you in charge of a small robot. Yet while some of these are nicely designed and it's unlikely that anyone would find themselves stuck for too long, other sections of the game feel fairly aimless. This in part stems from the use of visions, which appear without warning in specific rooms after key puzzles have been solved, so that one finds oneself wandering the length of the station between puzzles to see if anything has changed. Many of the actions taken by the player, meanwhile, are performed simply because they can be, rather than because there is any obvious reason to do so. One example is the need to combine a large number of items in a specific location without actually knowing what this will achieve.

There are other minor niggles. A couple of lines in pre-recorded logs seem forced, the swearing may offend some people, whilst the imagery visible upon achieving one of the endings could be seen as an insulting objectification of women. Finally, it is possible to make the game unwinnable, but this is unlikely to prove a problem to anyone so long as they remember to use a couple of save game slots.

Despite these criticisms, however, the overall view is resoundingly positive. It may be short (most gamers will probably require only two to three hours to reach the end), and it may be easy, but the white chamber is all about the experience. The polished presentation and intriguing plot make this game, as a free slice of entertainment, well worth investigating, so long as one isn't daunted by the presence of violence, torture and potentially disturbing imagery within. Sadly, Studio Trophis' intention to work within other genres for their future products may make this their only contribution to adventure gaming, but the white chamber is one download that can be highly recommended.

Grab the white chamber for free from the Studio Trophis website.

What our readers think of the white chamber

A hidden work of genius

I can't praise this game enough. For a free game, written many years ago, it has an amazing quality. It is challenging enough to be interesting without being obtuse (as many adventure games are). It... Read the review »