A neo-Hitchock murder mystery set in Brooklyn. When the clock strikes eight, a suspenseful thriller begins to unfold in real time. Watch closely from the fire escape as your suspicious neighbors embroil you in a simmering, interactive crime.

Originally released as a three-part Google Daydream exclusive in 2018 under the title Fire Escape: An Interactive VR Series before being ported to PC. Playable in VR or on standard monitors.

Rather than rising to the level of Rear Window, this melodramatic apartment-spying adventure is content to stop at an hour of replayable camp fun.

Stuck in Fire Escape, or looking for the best way to proceed? Click below to view our walkthrough for Fire Escape and wonder no more! 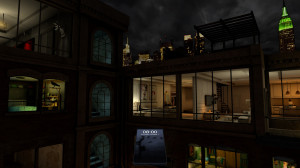 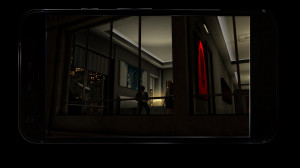 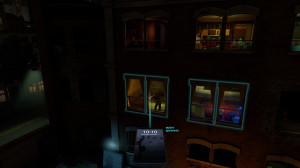 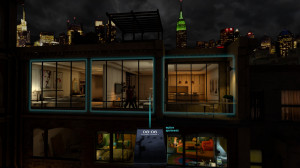 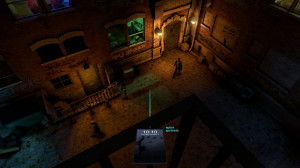 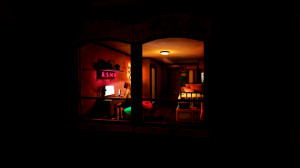 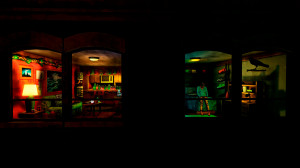 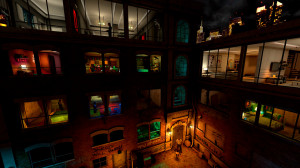 What our readers think of Fire Escape

There haven't been any reader that reviewed Fire Escape yet. Please share your (short) verdict, a review or post your star rating!

Fire Escape is an adventure game, released in 2020 by iNK Stories. Fire Escape has a Illustrated realism style and uses a Keyboard, Motion Control control scheme. Adventure Gamers have published a review of Fire Escape and rate it as Good, meanwhile the community rating for Fire Escape is Underwhelming.