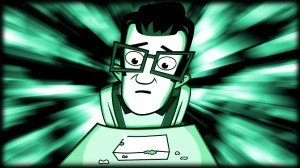 The year is 2095AD. BlueBan Megalopolis is in turmoil, as a serial killer of terrifying strength has claimed 31 victims in just three weeks and even the best forensic intelligence can’t find any clues. When Lucas McCreebie loses his job as a cyberspace programmer, he tries to follow the killer’s trail to solve the murder of his friend. Among the hacker-dens, slums and abandoned warehouses, Lucas discovers an extraordinary clue left behind by the killer. A clue encrypted by a formidable type of code. But nothing is what it seems here. The code conceals something even deeper than the killer; something powerful. Something threatening the future for everybody in BlueBan.

Stuck in Mega Bad Code, or looking for the best way to proceed? Click below to view our walkthrough for Mega Bad Code and wonder no more! 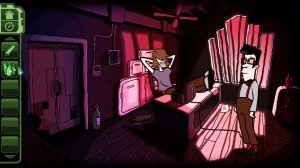 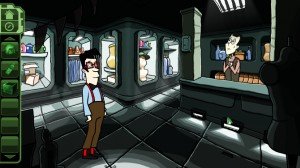 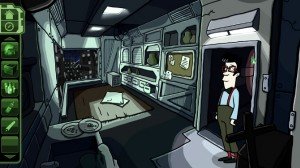 No videos for Mega Bad Code available (yet)

What our readers think of Mega Bad Code

There haven't been any reader that reviewed Mega Bad Code yet. Please share your (short) verdict, a review or post your star rating!

Mega Bad Code is an upcoming adventure game, that will be released by Wax Lyrical Games. Mega Bad Code has a Stylized art style and uses a Keyboard, Point-and-click, Touch control scheme. Adventure Gamers have not yet published a review of Mega Bad Code, at this time the community has not provided a rating for Mega Bad Code.