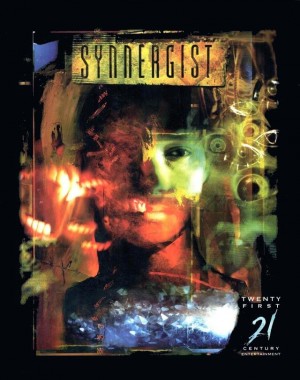 2010 AD: New Artus, a city tormented by every crime imaginable: murders, muggings, drug dealing and prostitution. Tim Machin: a reporter both underpaid and overworked, finds himself on the trail of a sinister force that appears to be connected to the crim and killing. Unable to ingore the evil events surrounding him, Tim finds himself drawn further and further into a potentially fatal web of secrets that threatens the future of the city.

Stuck in Synnergist, or looking for the best way to proceed? Click below to view our walkthrough for Synnergist and wonder no more!

Read the walkthrough for Synnergist (4840 words)
Note, these will contain spoilers.

Screenshots for Synnergist » View all screenshots


No screenshots for Synnergist available (yet).

Videos for Synnergist » View all videos

No videos for Synnergist available (yet)

What our readers think of Synnergist

There haven't been any reader that reviewed Synnergist yet. Please share your (short) verdict, a review or post your star rating!


Synnergist by Vicarious Visions - A Point and Click Adventure Game

Synnergist is an adventure game, released in 1996 by Vicarious Visions. Synnergist has a Illustrated realism, Live Action style and uses a Point-and-click control scheme. Adventure Gamers have not yet published a review of Synnergist, at this time the community has not provided a rating for Synnergist.