Geospots – A Carol Reed Mystery is the remarkable fifteenth adventure featuring the eponymous private investigator. I’ve relished nearly all the previous Carol Reeds through their final twists and turns, and was delighted to find that Geospots ranks with the best of the lot. Originally from England, Carol is now a resident of Sweden, and as the story begins amongst the blue skies and quaint architecture of Norrköping, she admits to having a sluggish summer crime-wise. Violent crime has increased, but there’s no longer a need for Carol’s delving-deep style of detection. A close friend, Stina, aware that Carol is twiddling her thumbs, begs her to complete a geocache challenge before the annual Geothon – an innocent-seeming distraction that soon warps into a missing person case that challenges, mystifies and greatly entertains.

In case you haven’t heard of it before, geocaching is an outdoor quest-like diversion, where riddles in waterproof tubes lead from cache to cache, until at the final capsule the participants write down a code name to show that they’ve completed the sequence. (Yes, this really is a thing: according to Wikipedia, the first official geocache was played in Beavercreek, Oregon in the year 2000.)

After Carol has aced the geocache test and gratifies Stina with the news, she drops by to find her friend unusually pensive. It seems that Kevo Walthin, a well-known expert hosting the upcoming Geothon, has vanished. Though disappearing for a few days is fairly standard behavior for Kevo, there is concern this time that he may have fallen ill or taken a tumble while creating the upcoming geocache challenges, or perhaps even been the victim of foul play. Carol, of course, sets out to find him and begins to realize that Kevo’s personal life is as tricky as his geocaching. He’s shrewd and resourceful and committed to providing an inspired “treasure hunt” for contestants, but he can’t seem to live in one place for very long or hold down a stable job, and he’s dealing with a gambling addiction that may have introduced him to unsavory acquaintances. Is he trustworthy? Good question! Evidence, until the very end, goes both ways. 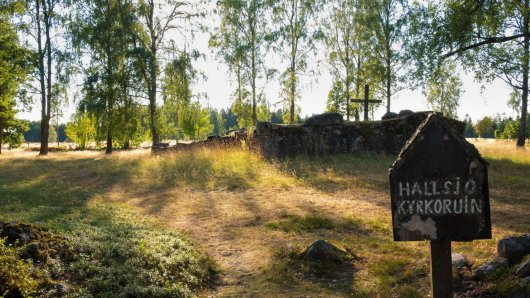 Familiar characters aid Carol as she probes further into Kevo’s life and habits. Jonas remains just as good-looking, helpful with technical stuff, and dispassionate as before. (Is he even capable of passion, one has begun to wonder?) Bigge also returns as his tattooed, acerbic self. Here he is a janitor, trading access to an office for an errand that Carol must run. New characters surface as well, including Kevo’s conscientious, worried brother; a fun-loving politician; and a reticent businesswoman with a maturely themed past.

Dialogs are concise and occasionally tongue-in-cheek comedic. The real people behind the characters Carol interviews are voiced in soothing Swedish accents. Though the protagonist’s interview questions aren’t voiced, you will hear her full-flavored British tones from time to time as she comments on aspects of the case or the locales. As usual in the Carol Reed games, there are subtle references to deeper issues raised in your interactions. How do you help someone without accidentally enabling their self-destructive impulses? Should you acknowledge the bad stuff and try to fix it? Or should you tiptoe by and hope it just goes away?

Geospots also contains a plethora of puzzles, including analyzing sequences of numbers, colors, and shapes; finding keys; opening puzzle boxes; using inventory items; and getting information from electronic devices. The geocache challenges are entertaining and enhanced by the gorgeous scenery as you search for the various canisters. Other inventive tasks include one involving a metal detector, and another requiring taking a series of photographs and overcoming a clever hitch where you have to solve a lighting problem. You will undoubtedly take plenty of notes, though the game does occasionally help by sending complex scraps of information into the inventory for reference. The puzzles range in difficulty from rather easy ones, often supported by nearby clues, to more complex obstacles that require earnest searching and deeper dissection. Two that held me up for a while included a color sequence that is obscurely clued and a hand-drawn number that was a trifle confusing. 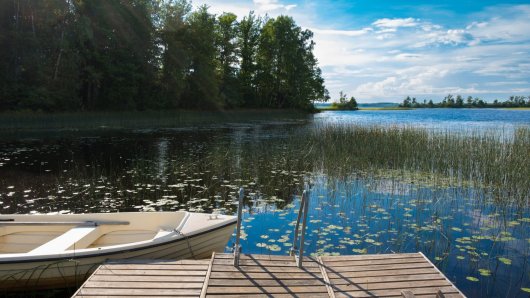 Both the gameplay and story entice you to work out the varied conundrums and gauge why and how Kevo went missing. But it’s equally satisfying to point-and-click your way through the gracefully photographed, slideshow-style environs. I basked so much in the sun-steeped, high-resolution scenery that Carol probably got a suntan from my leisurely investigation. The ambiance is such that I felt as though I was truly ambling along the paths and strutting down the avenues. New areas open up frequently, accessed via a map that is triggered upon exiting each location. When an area is completed, it disappears from the map. Pacing is nice and smooth: you can take things as quickly or as slowly as you like, and there’s so much detail in the surroundings that during return visits you will notice even more intimate touches.

Among other places, you will explore the quirky Medieval Museum, the Toadville Marsh, and a beer can treasury with every brand of ale in the world. Your journey will also encompass giant surreal murals, odd public sculptures, a high-tech minimalist office, and a cottage with model ships in wall crannies. You’ll see skies drenched in blue with wispy clouds, tracings of lichens and moss on stones, forests for hiking and mushroom hunting, and ponds with sunrays highlighting the cattails. Though none of these photographed places contain ambient animation, the locales are so vast and frequently so beautiful that expansiveness and variety counterbalance any desire to see water rippling or leaves falling.

So too does the soundscape consisting of streams bubbling, the hubbub of a waterfall, birds twittering, the “pop” as a cache tube opens, and the creak of an old barn door. Delicate electronic music suits the atmosphere perfectly – the familiar piano tune from previous Carol Reed games, plus haunting melodies above a reverberating sound layer, giving way to eerie trills, tranquil sustained tones, and whooshing echoes. 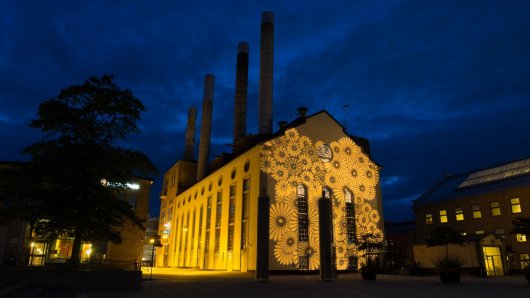 Your passage through Geospots can be eased by optional hint features. The spacebar shows all hotspots, which is extremely helpful given the large environments to search. As in previous Carol Reed games, a journal resides at the top of the screen that displays the current goal, and this can be clicked on to give specific tips, which eliminates the frustration of being completely stuck. The game contains apparently unlimited save slots plus an autosave feature.

I found very little to complain about while chasing Kevo down, but I suppose it’s impossible not to nitpick about something, right? By the end I knew our missing geocacher pretty well, but I wish there was greater depth to the other characters in his life. I spoke to each of them briefly and could usually investigate their homes, but even more insight and detail would have been appreciated. Also, the final confrontation could have been much more dramatic and rewarding.

As a regular player of the many Carol Reed mysteries, simply walking once again into Carol’s Norrköping apartment makes me feel like I’m home. Though the game is in many ways a one-man show – developer Mikael Nyqvist takes on the multiple roles of writer, photographer, and composer – the quality and complexity here replicates the work of a much larger team. Suspense is well-maintained throughout, and the ten hours I spent in leafy arbors, cliff-edged chasms, and cluttered, winsome parlors went by like a lovely dream. While enjoying the varied quests and puzzles, there’s plenty of time to speculate as to what is going on with the dubious Kevo Walthin, create theories, and find them challenged or confirmed as Carol burrows further into the missing man’s history. I was even surprised by a late plot twist, cleverly enhanced by a kink in modern technology. When solving a mystery, it’s easy to jump to conclusions too quickly, but when you’ve finally wrapped up Geospots, it’s even easier to judge it a winner.

The latest Carol Reed detective escapade fires on all cylinders, as Geospots crafts a compelling tale and fascinating quest through awesomely eye-catching vistas.

GAME INFO Geospots – A Carol Reed Mystery is an adventure game by MDNA Games released in 2020 for PC. It has a Photographic style, presented in Slideshow and is played in a First-Person perspective.

What our readers think of Geospots – A Carol Reed Mystery