Review for Shades of Black

With only rare exceptions, each year inevitably brings a new mystery for amateur sleuth Carol Reed and her legion of fans to solve while taking in the sights of Sweden. Shades of Black, the eleventh entry in indie developer Mikael Nyqvist’s long-running series, will definitely appeal to veteran players by sticking to its immersive photographic slideshow presentation and providing a bevy of puzzles to solve along the way, ranging from rather clever diversions to ones that we’ve seen way too many times before. Yet while all the familiar elements of the Carol Reed formula are intact, along with a few kinks tossed into the proceedings by paying surprising homage to the popularity of E. L. James’ erotic novel Fifty Shades of Grey, a barely-there story noticeably brings down this particular experience.

Since her last adventure, Carol has been trying unsuccessfully to find a publisher for a book she wrote about one of her previous cases, The Blue Madonna. Her hopes are lifted when she is contacted by Albert Edison, a publisher who initially rejected her book. Rather than changing his mind, however, it turns out he would like her help locating Gerard Black, one of his clients. Black has gone missing after a young woman was found murdered in a local park, with pages from one of the author’s previous works in her mouth. Edison is understandably concerned, given that Black’s own wife was murdered six years ago, and asks Carol to uncover his whereabouts.

Very early in the investigation it becomes clear that the killer had been in touch with Black, taunting him with notes and poems hinting at his or her identity while leading to further clues scattered around the town of Norrköping, where the series takes place. Most tasks that the player performs, such as gaining entry to Black’s home, figuring out how to charge a tablet computer to access a flash drive, and exploring a wildlife park, serve to uncover another clue from the killer, or reveal further leads toward Black’s current location. 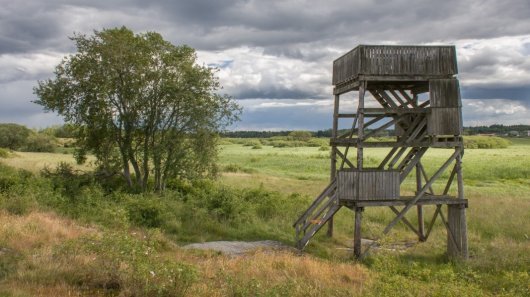 The resulting “follow the breadcrumbs” gameplay is executed well enough, but the story that links it all together lacks genuine intrigue and has pacing issues. After a promising start, the mid-section is a relatively dull affair, since many revelations that could have injected some much-needed life into the plot are either underwhelming or are saved for the all-too-rapid climax. And while there are a few moments throughout the game where Carol seems to be in danger, these have little impact since, as usual for the series, you cannot die. While puzzle lovers won’t likely mind the story’s shortcomings, I had hoped for a more engaging plot that simply never materialized amid the puzzles and exploratory gameplay.

That’s not to say that everything about the story and characters is doom and gloom. In a gutsy move hinted at both by the 15-and-up age rating and by the title of the game, Shades of Black features elements inspired by E. L. James’ popular (and somewhat controversial) romance novel Fifty Shades of Grey. Without straying too far into spoiler territory, at one point in the game a dominatrix named Mistress Allegra requests Carol’s help in locating certain items she lost during a recent harrowing experience, in a sequence that amounts to a brief fetch-quest in exchange for information that could help Carol in her investigation.

Worries that the series has taken a turn for the smutty can be put mostly to rest, however, as the interaction with Mistress Allegra is very tongue-in-cheek and worth a few laughs, and the one item that ends up in inventory for an extended period of time, vaguely referred to as a set of “clamps,” would likely only raise eyebrows if you knew what it was used for. Still, there are other items of a sexual nature encountered throughout the game that, while ultimately relevant to the plot, may be cause for concern if you are accustomed to playing this series with younger players. In any case, while the developer deserves kudos for trying something different, it all feels very tacked-on and out of place, probably due to the attempt to remain as non-graphic as possible. 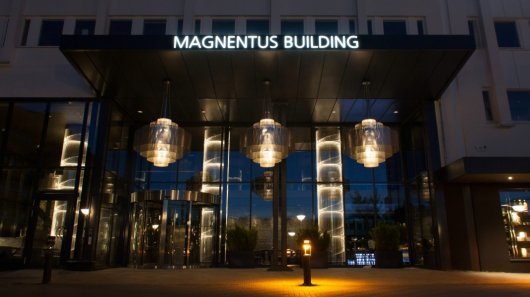 Other characters such as Bigge and Carol’s friend Stina make appearances when you need something that can’t be gleaned directly from the environment, such as an item or necessary information about where to go next. Accordingly, dialogue is utilitarian and you’ll only interact with each character a handful of times. As usual, conversations with the characters are portrayed by real actors using a series of still images, and accomplished by choosing topics from a notebook-style list that appears onscreen. The facial expressions seem more natural and expressive this time around, which helps to alleviate the sense of awkwardness I generally associate with this technique.

The series’ hallmark first-person photographic presentation will be instantly familiar to fans, with each location once again stitched together from images of places in and around Nyqvist’s native Norrköping. Feeling like a “virtual tourist” was my favorite aspect of the previous game, and Shades of Black ups the ante with some really unique real-world locations to visit, including a silver mine that has been turned into an underground hotel suite and a turret housing a 19th-century cannon that uses sunlight as an ignition source. Other interesting locales include homes to explore and a secluded retreat with unusual moss-covered cabins. Given the lackluster story, the standout quality of the locations helped to alleviate the boring parts with a very enjoyable sense of exploration. 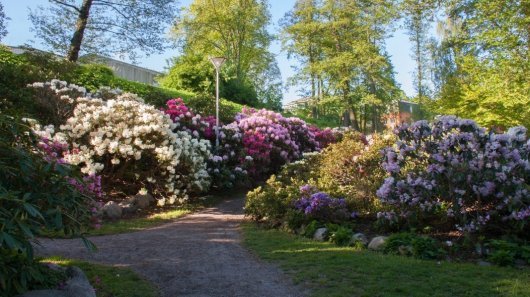 For the first time in the series, gamers have the option of playing either the standard version or an HD version optimized for – and only compatible with – monitors sporting at least 1920x1080 resolution. The HD version prevents any loss of graphical fidelity on larger screens, and may even offer a slight improvement, but otherwise the two versions are the same, including the widescreen display format.

The puzzles this time around are quite varied, involving such activities as matching a key to the correct door or cabinet, playing a “spot the difference” game involving a series of paintings, combining items to make a rudimentary fishing pole, and a particularly clever sequence requiring you to decipher the positions of chess pieces on a game board in order to unlock a cell phone. The wide variety of activities helps somewhat to mask the plot’s lifelessness, but the majority of puzzles are retreads of types seen either in previous games or in other adventures, which is disappointing and leaves all but the most interesting ones feeling like busywork.

For better or worse, the puzzles themselves aren’t all that difficult to solve, but there are quite a few times when it simply isn’t obvious as to where to go next or what to do to advance the game, a feeling which seemed to repeatedly crop up during my playthrough. Though I was never completely able to ascertain why this kept happening, part of the reason is, oddly enough, related to the inventory. Some items can’t be carried around and must be used on the spot, meaning that you must keep track of these items and where they can be found. The positive aspect of this approach is that you are never asked to carry a useless red herring around (of which there are several); the negative is that, unless you make note of every “glued down” item and its location, you may well forget about it until you need it and can’t figure out why no item you do have seems to be working no matter what you try. My frustration is your gain, though, so take my advice and jot them down when you find them. 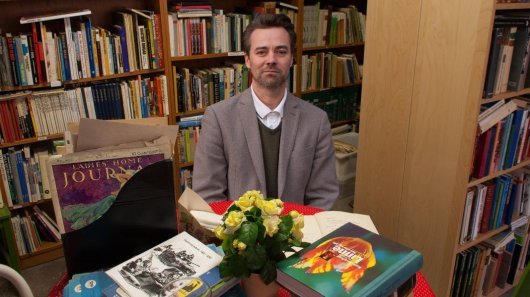 I was never left fully without help, though, as the built-in hint system is well-designed and just a click away with an icon in the corner of the drop-down inventory menu. The current objective displays on the left-hand page of the notebook that appears, and often this is enough to get you headed in the right direction. If you need a more detailed hint, however, clicking the objective provides a hint without spoiling the solution completely, revealing only the immediate next step you need to take, usually in Carol’s own wording. Steps already performed are crossed out, in order to avoid confusion about what exactly remains to be done. Even with this assistance, it took me around eight hours to finish the game, mainly because I tried to stay away from hints as much as possible, leading to numerous instances of backtracking and head-scratching before I either gave up and took a peek at the hints or solved it myself.

The point-and-click controls are intuitive, with the cursor changing shape at appropriate locations onscreen, such as directional arrows to navigate the slideshow-style presentation. A skippable tutorial at the beginning of the game details all the other actions as well, such as how to interact with items and use the inventory menu. Tapping the spacebar in a scene reveals all the hotspots available for clicking, which is extremely useful for the occasionally-disorganized environments and when an item is very small and hard to see. When leaving an area, a map appears containing other available locations that you can travel to. 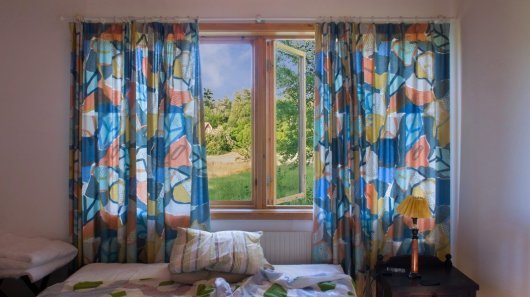 Sound effects are well done and immersive. Birds chirp during the outdoor sequences, doors and cabinets make appropriate noises when opening and closing, and dripping water in the silver mine imparts great atmosphere while exploring the subterranean tunnels. The voice acting, particularly from Sara Louise Williams as Carol, is quite good, but at times it could be livelier. The downtempo synth-heavy soundtrack isn’t exactly my taste, but provides good background accompaniment, and is at its best during dramatic sequences and when accompanying the outdoor locales.

While there are some aspects that work well, I was ultimately disappointed with Shades of Black. The story seemed to get lost in the breadcrumb-like puzzle structure, and the puzzles themselves never really made up for the lackluster plot by bringing anything particularly new to the table, despite having clever solutions at times. The experiment with “edgy” adult-oriented content, while perhaps raising an eyebrow (or two), is not integrated well into the story and ends up feeling unnecessary, which is disappointing since it is the first truly new thing the series has tried in some time.

On the other hand, the unique locations included in this installment, especially the underground mine-hotel, help to break up the monotony and provide armchair explorers with some fun environments to peruse. There was one point where, with the woodlands surrounding me, chirping birds overhead, and the peaceful tunes coming from my speakers, I took a break from the investigation to just sit back and relax for a moment, enjoying the Swedish countryside. It’s rare for a game to have that effect on me, and is an ongoing credit to the series’ ability to evoke subtle emotions when it’s at the top of its form. While Shades of Black could have been better, if history is any indication, Carol will get another opportunity to prove her adventuring prowess soon enough.

Despite its well-executed photographic imagery and experimentation with surprisingly adult themes, there’s not much in Shades of Black for Carol Reed fans to get excited about this time around.

GAME INFO Shades of Black is an adventure game by MDNA Games released in 2015 for PC. It has a Photographic style, presented in Slideshow and is played in a First-Person perspective.