Cognition is defined as "the mental act or process by which knowledge is acquired, including perception, intuition, and reasoning." Cognition the episodic adventure series has accurately been described through its first three episodes as a dark, suspenseful, and occasionally uneven mystery that found creative ways to mix perception and murderous drama. The Cain Killer, the fourth and final episode in the series, is best described as a strangely dull thud of a climax that generally abandons intuition and reasoning in favor of blunt melodrama, and barely redeems itself with a nice ending that can't quite wash away the silliness of the preceding three hours.

The format of the game is very different from the previous three—you'll never interact with a map or find yourself wondering where to find the next clue. In fact, clues be darned, there is no detective work to speak of. Instead, it starts with a lengthy "Previously on Cognition..." flashback that covers the entire sequence of events with a string of disarming smash-cuts and is more about style than information (I still recommend, if you're up for it, playing the previous three one more time to arm yourself mentally with the requisite backstory). Then, as if to prove me wrong when I said in my last review that the cliffhanger was "sure to have immediate consequences", the episode begins by slowly filling in events from three years ago. This is just the first in a series of questionable storytelling decisions that severely disrupt the built-up energy that the third installment left us with.

The episode then propels you from one linear sequence to the next, with minimal inventory usage (other than one large exception discussed below) and no possibility that you'll get stuck or lost. You can't ever travel to another location of your own accord, and you'll leave the place you're at as soon as you achieve the next trigger point. It's the most non-interactive, and by far the shortest episode of the series, clocking in at just over 2½ hours. 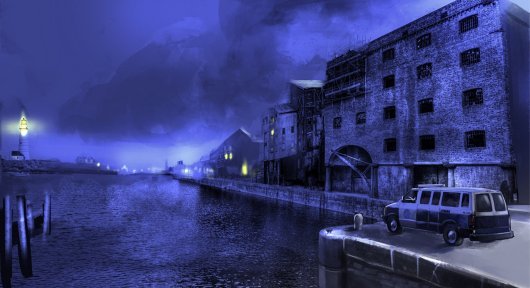 Mechanically, The Cain Killer does not stray from its predecessors. There are still Erica's four core extrasensory powers: cognition, projection, regression, and synergy. They are each used in a significant puzzle, and those puzzles require quite a bit of patience. The synergy puzzle loads you up with 20(!) inventory items, 12 of which must be arranged in a precise manner based on visions gained from combining the other 8. I'm not opposed to such a detail-oriented puzzle, but with its arbitrary nature in the middle of the episode, the tension flatlines in sharp contrast to the genuine urgency of a similar puzzle at the end of the second episode. The regression puzzle is also lengthy and detail-oriented, but its major sin is that it provides absolutely no useful story development. Instead, it offers a whole bunch of unnecessary backstory for Rose—an important character to be sure, but her tale is not only yawn-inducing, it similarly pulls the e-brake on all story momentum that the third episode built up when it occurs early on.

There's a new mechanic here, but this one has nothing to do with cognitive powers, which was the actual interesting part of all the others. The non-exploratory nature of this episode means that you are always in the midst of some type of overarching dialogue, so there is always an active "portrait" of your current counterpart on display. As conversations proceed, the portrait acts as a gauge that will either fill or empty, indicating how much that character is digging what you're saying. Be assured that you'll die (or let someone else die) if you let the level get too low. This would perhaps be a nice idea if there were usually more than two options, and those two options weren't the most absurdly binary choices in the world. Let's see, there's a maniac in front of me about to kill me, and my choices are "You are a monster!" and "I understand your need to kill." Rack your brain as to which one would elicit the desired reaction, and you'll see why no one has accused this of being the most nuanced series out there. Even the game's excellent hint system won't be able to help you when your two dialogue choices are "You're right!" and "You're wrong!"

You can still count the graphics and music as positives in the finale, but even these are subject to some criticism. I encountered more graphical glitches and issues with screen teleporting in this episode than in previous ones. The music is the same excellent Austin Haynes soundtrack, but at this point it is all familiar material. The voice acting is badly exposed in this episode: the two key characters other than Erica seem to have no sense of the context for their lines and cannot elevate their urgency at the most intense moments of confrontation. It is really surprising, especially given how uniformly excellent Raleigh Holmes is as Erica, to hear such poorly directed voice acting populate this final chapter. 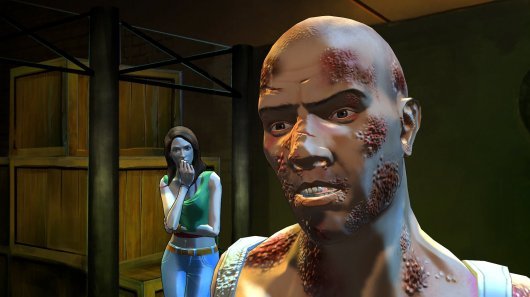 Part of the blame must certainly go to the dialogue writing, which is excessively melodramatic and loops through various themes of jealousy, revenge, and family loyalty, with occasional bizarre allusions to incest and a completely outside-of-left-field lesbian kiss thrown in the mix for absolutely no story-related reason. I played through key sequences of the game a second time, and that's when I truly realized how unnecessarily protracted many of these supposedly character-defining conversations can be.

In case all the blood and dismemberment from the prior episodes didn't confirm the subject matter, there's a lot of killing in this series. See, there were a couple of people in the first two episodes (you may know them as the Hangman and the Wise Monkey) who did a lot of killing, who were then killed by a killer (the Oracle, of course) who extended their killing to other innocent victims, apparently all because that killer was forced to kill by yet another killer (you guessed it, Mr. Cain Killer) that is still killing and needs to be killed, but the third killer can't do the job now because of a thoroughly unconvincing attack of conscience.

That's where Erica comes in, politely requested by the Oracle to kill the other killer post haste. I'm no big fan of murderers myself, so I'd like to think that if I possessed the training of an FBI agent, and a blood-thirsty mass murderer was strolling around attempting to act like my junior deputy, I would probably put three bullets into their heart (or at least make an arrest) and then go take care of the final killer without assistance. But no, the endless circular melodrama in The Cain Killer reminds us that the bond of fellow psions dictates empathy and compassion, especially for those poor misguided brethren who slaughter and mutilate police officers in cold blood. Perhaps in the hands of a better writer, the required interplay between cop and killer could produce the right level of emotional conflict and tension. Instead, we just get a bunch of tedious character-switching puzzles without a scintilla of tension that I would expect to feel were I chasing the murderer of my brother with an equally maniacal psychopath sharing my inventory. 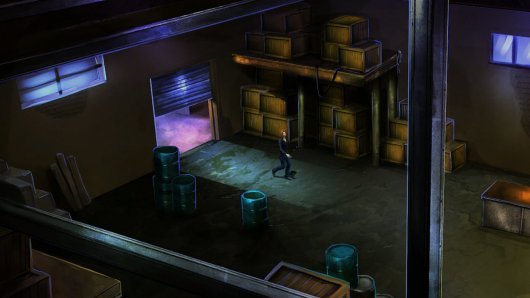 The game's strongest moments, as you might guess, come in the last sequence. Although the final "puzzle" is a completely asinine interactive first-person fistfight, the game's proper ending brings strong and definitive closure and one particularly tender moment. It is a rewarding ending for anyone who is at this point emotionally invested in the character of Erica Reed, and after a few hours of genuine frustration, at least it left me on the positive note I had been seeking all episode.

The whole of Cognition as a series should be remembered as the emergence of Phoenix Online as a promising developer in the adventure game arena. They've earned their stripes by designing a game that is wholly adult in nature, that is willing to take risks, that goes to lengthy efforts to be stylish and innovative. The character of Erica Reed is an appealing one, a strong heroine who is well-acted and has a great supernatural backstory. All four episodes look great, are fitted with an outstanding and perfectly nuanced soundtrack, and have displayed moments of storytelling brilliance. Even if there's a couple of substantially uneven hours at the end, this is absolutely a series that should be supported by fans of mature adventures.

The Cain Killer reminds us that Phoenix Online is not yet a perfect developer, however, and prone to rookie mistakes: confusing the shock value of gory mutilation and non sequitur romance scenes with actual story development; expecting the player to suddenly feel a strong level of personal connection to a supporting character that had been badly underdeveloped to this point; and not stepping back and evaluating character dialogue with the old "Does this seem like a conversation they would actually be having given the circumstances?" test. But there is so much talent and energy behind the Cognition series, I don't have any doubt that the best of Phoenix Online is still to come—it doesn't take a psion to see that the future of this company is bright, and even with some significant stumbles in the series finale, I'm still looking forward to the next Erica Reed adventure.

WHERE CAN I DOWNLOAD Cognition: An Erica Reed Thriller - Episode 4: The Cain Killer

Cognition: An Erica Reed Thriller - Episode 4: The Cain Killer is available at:

Definitely the low point of the series, The Cain Killer is obviously still a must-play if you’re invested in the Cognition series thus far, though it reminds us that Phoenix Online has a lot of room to grow.

GAME INFO Cognition: An Erica Reed Thriller - Episode 4: The Cain Killer is an adventure game by Phoenix Online Studios released in 2013 for Android, iPad, iPhone, Mac and PC. It has a Stylized art style, presented in Realtime 3D and is played in a Third-Person perspective.