continue reading below
» Home / Articles / Reviews / Dracula 4: The Shadow of the Dragon review

Review for Dracula 4: The Shadow of the Dragon

We get a small commission from any books sold.
Written by
Rob Franklin — July 8, 2013

Dracula is one hardy undead corpse: whether in movies, books or video games, this fella just keeps coming back for more. Indeed, The Shadow of the Dragon is the fourth outing for Microïds' adventure game franchise, each loosely built around the eponymous bloodsucker. Even with a new protagonist and storyline, the latest game will feel instantly familiar to those who played the previous games. Unlike its predecessors, however, this a meagre instalment with a stingy approach that offers little to no challenge for anyone who’s ever attempted an adventure game. You see, despite the "4" in its title, this is, in fact, a stunted three-hour ‘episode’ at best, and at worst a cynical attempt to sponge cash out of gamers with an unfinished product.

When you first fire up Dracula 4, you’ll have the option of choosing a profile – this is simply so the game can autosave in the background while you play – before deciding whether to begin with the tutorial levels or launch straight into the game. Whilst the option to skip the tutorial may seem tempting for ardent adventurers, my advice is to take it; it may be a fairly simple guided tour of the play mechanics, but you’ll lose a significant portion of the game without it.

At least the game begins with a decent animated cutscene that tells the tale of Ellen Cross. She's a New York investigator for the Metropolitan Museum being sent to Hungary on the trail of a priceless piece of art, thought to be lost at sea, that has resurfaced in an auctioneer’s catalogue. We also find out that Ellen suffers from a blood disease that is slowly killing her, the drug she requires being discontinued by the manufacturers. There’s so much exposition crammed into this brief opener that you may think it’s recapping a previous game, but the Dracula games are standalone (or have been, until now), so no previous knowledge of the series is required. If you do play through the tutorial you’ll be walked through Ellen’s investigations in Budapest; if you choose to skip it you’ll get a recap of what she discovered there before going to the start of the game proper in England, where Ellen follows a thin lead on the whereabouts of more of the art pieces from the collection. 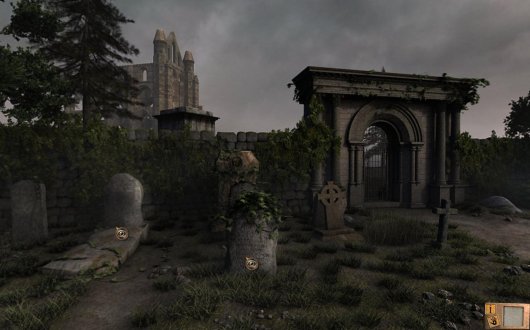 If not for the added content in Hungary, there'd be little reason to play the tutorial, as Dracula 4 uses the standard panoramic node-based approach. To guide Ellen you simply click on the part of the scene you want to move to (if the cursor indicates is accessible) or click on the item you want to interact with. There is full 360-degree panning, as clicking and dragging the mouse allows you to look around Ellen at any point, but there is no animation for her movement; one scene simply crossfades in to the next. I know some people still have a fondness for this sort of style, but there’s nothing here to win over new fans.

Dracula 4 is extremely linear, as only a handful of areas are accessible at any one time, with others made available once you’ve completed the current locations. This wouldn’t be so bad if it weren’t for the fact that there are only three main locations in the whole game (two if you don’t count the tutorial). The English town of Whitby features a gothic-style manor house with a graveyard attached to the side, while Istanbul and Budapest are even leaner, with just single building locations for each. It adds up to a rather paltry collection of scenes with little to no life in any of them. They’re fairly well crafted, with a decent amount of visual detail in each, particularly the scenes outside the Whitby house that include insect and bird animation and a beautiful sunset. However, there's very little going on most of the time and even less to interact with.

The majority of interactions are for items to pick up. You’ll amass a decent inventory early on, with most of the puzzles focussing on how to use items either with each other or on other objects in the environment. The difficulty ranges from painfully obvious to moderate, but nothing ever feels challenging: as soon as you see a puzzle, you’ll know exactly which item you need to use with it – matches to light a dark room, the wax cylinder with the wax cylinder machine, etc. You can make this challenge a little tougher by turning off the markers that point out directions to move and items to interact with, but you’re never going to get stuck on a puzzle. Similarly, the environmental logic puzzles (slide puzzles, circuit breakers and the like) won’t keep even the most casual gamer occupied for long. I enjoyed them; in particular, a sliding puzzle to gain access to a crypt was well put together and gave a pleasing sense of achievement as it took shape, and a paper puppet show was a charming logic task, but none of them felt like a decent challenge. 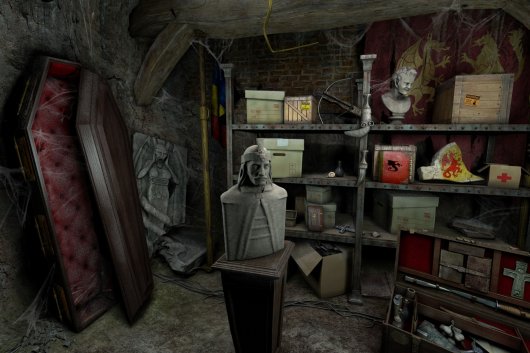 A third type of puzzle is woefully under-developed during the course of the game. Due to Ellen's blood disease that is slowly killing her, she has a health bar that in theory you’ll need to make sure never runs out. You do this by taking her limited medication in inventory and bulking it up with other food stuffs or pills you find on your travels (not advisable in real life, I’m sure). It works by having you add your items together (up to three), then clicking the swallow button to administer the concoction to Ellen. Certain combinations give better results than others (again, this is smack-in-the face obvious: you’re not going to be mixing sleeping pills with a bottle of whiskey) with the effects altering her health bar accordingly. It's an interesting premise, but one so desperately redundant you’ll wonder why it was included at all. There’s only one time when you’ll be required to administer medicine as part of the game; the rest are just odd top-ups here and there. And with almost all combinations giving an increase to her health, there’s very little drive to experiment for a better outcome.

One thing the developers haven’t scrimped on, however, is the sound. A score of classically inspired spooky music pervades the game, adding a nice ambience to the gothic manor house and graveyard, with some Turkish-sounding tunes for the section in Istanbul. The voice acting is also pretty good, despite the often wooden script. You’ll meet a few different people along the way, with Bram Stoker’s nephew Adam standing out as a particularly interesting character. The voice actors do a good job of infusing the rather drab character models with a sense of life, but unfortunately there’s little to no visual animation and the lips don’t synch with the words.

The game is also fairly buggy in its current state. I encountered crashes when trying to open the main menu to adjust settings, meaning I had to quit and re-launch the game. This was tempered by the constant autosaving that happens in the background, so I never had to redo any puzzles, but it was a mild annoyance when it happened. There were also visual and audio bugs cropping up, such as instructional text not appearing when it should (including in the tutorial when it’s particularly necessary) and music cutting in and out at random. I expect these issues will be fixed with a patch at some point, but as a first impression they further exacerbated the poor quality of the game. 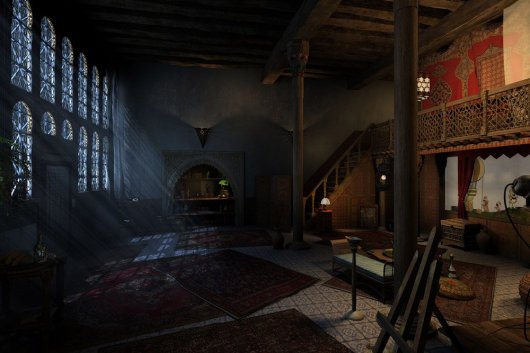 All in all, The Shadow of the Dragon’s shortcomings would be far more forgivable if this had been clearly marketed as "Episode 1". The game ends on an abrupt cliffhanger after Ellen makes a discovery regarding the painting she’s been hunting that, whilst surprising, offers no closure to the events so far. By naming it Dracula 4, Microïds have taken a three-hour prelude and made the purchasing public think it’s a complete adventure game. In fact, your only reward for completing this game is a teaser for Dracula 5; there isn’t even a closing cinematic.

Even with this foreknowledge, my advice to fans of the franchise is to wait before buying. As the first episode of an ongoing series, presumably both the story and challenge level will be ramped up in future instalments (assuming they're ever made), but for now all that's offered is a short, rather drab and lifeless casual adventure to reboot the Dracula brand, and much like the good vamp’s tipple of choice, on its own is only destined to leave a bad taste in the mouth.

WHERE CAN I DOWNLOAD Dracula 4: The Shadow of the Dragon

Dracula 4: The Shadow of the Dragon is available at:

Like a vampire out in the midday sun, Dracula 4 is a short-lived and painfully weak episodic prelude that should be consigned back to its coffin until the series develops some real bite.

GAME INFO Dracula 4: The Shadow of the Dragon is an adventure game by Koalabs released in 201320132014 for Android, iPad, Mac and PC. It has a Illustrated realism style, presented in Panoramic nodes and is played in a First-Person perspective. 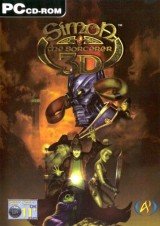