If there’s something strange in your neighbourhood then, in gaming circles, the person to call is Ben Jordan. As a self-styled paranormal investigator, he has been called in to investigate six cases of the unexplained already, often facing mortal danger in doing so. These six previous Underground adventures from Grundislav Games have taken Ben on a fascinating journey from his American hometown to the UK, Japan, and Greece, where he’s made, and sometimes lost, good friends. Now his latest journey takes him to Rome and possibly one of his most shocking cases to date in The Cardinal Sins.

It’s Christmas and all is not well in the Jordan household. Despite his past successes, Ben’s family refuse to take his chosen career seriously and are trying to force him into a “real job”. Ben storms off to his room and, after some brief opening puzzles, receives an odd phone call. Allesandro Renzi, a man Ben has never met, stands accused of the gruesome murder of a priest (depicted in the opening cutscene), though he claims demonic possession. An unknown benefactor has told him to seek Ben’s specialist knowledge to help in proving his innocence. And so with his companions from previous adventures, Simon Booth and Alice Wilkins, Ben travels to Rome to uncover the truth, and his investigation turns up leads tracing into the heart of the Catholic Church itself.

As in previous episodes of the series, the graphics are low-res but manage to achieve the appearance of more detail by clever use of shading. Marble surfaces seem to give variable reflections and shadows give the impression of fine detail on carvings and statues. This use of shadows is particularly effective in the portraits that appear during conversations, where they help define realistic facial features. These pictures are not static representations but adopt varying expressions to show the feelings of the person speaking. What’s more, the mouths have been animated to better lip sync the words being said, rather than simply opening and closing. It’s amazing how much difference this makes to the realism of the faces represented. This attention to detail applies to other animations in the game as well, which all have a realistic feel. 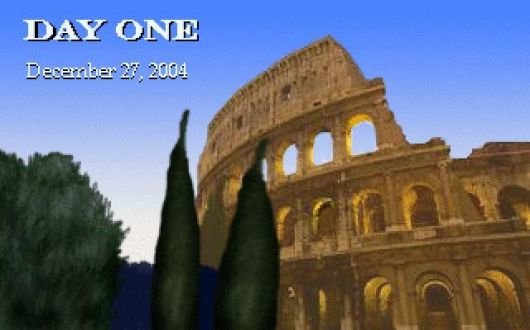 The music is also well produced. The opening has a dramatic flair that really helps set the atmosphere of the game from the start. Each location has its own theme that fits the location and action nicely. With the Catholic Church playing a central role, organ music is common but many locations have equally appropriate music, such as the regimented theme of the police station. The only real problem with the music is that there is no way of adjusting the volume, sometimes making other sounds hard to hear.

The volume issue is rather important as, for the first time in the series (excepting “Deluxe” re-releases), the game is fully voiced. I had some concerns about this as, over the course of six games, I had some idea of what I thought the characters sounded like. Fortunately, the game has been very well cast, with none of the recurring characters having voices that jarred with my preconceptions. The performances are also first-rate, in some cases surpassing voice work I’ve heard in commercial games. Effects have also been applied in certain instances, such as having an echo of voices in the church scenes. Despite the quality, however, you may still wish to use subtitles due to the issue with the music volume. The game defaults to “Voice only” so you will need to change this setting manually. There is also a fully voiced "Developer Commentary” option available, which pauses the game action at certain points to provide you with background information on its development. This adds some welcome insight, though whether it’s worth an entire second playthrough will depend on the player’s interest. It is spoiler-heavy though, so you should ensure you complete the game normally first.

The puzzles are a mixed bunch. To exit the opening scene, you need to investigate two items completely unrelated to the storyline. This triggers the vital phone call and until you perform these actions, you will not be able to progress. I also struggled with a later puzzle involving opening a box. Whilst I had a clear clue to the button combination required, I still cannot fully understand why some of the incorrect buttons did not fit this clue. Fortunately, most of the time you have clear objectives, as recorded in Ben’s notebook, and some indication of how to accomplish them. For example, a conversation with a neighbour tells you what type of person someone you are investigating will let into their home. The main thrust is on dialogue puzzles to discover further leads (backed up by Simon’s assistance in online research) but there is clever use of the limited inventory to find ways past other characters into new areas. 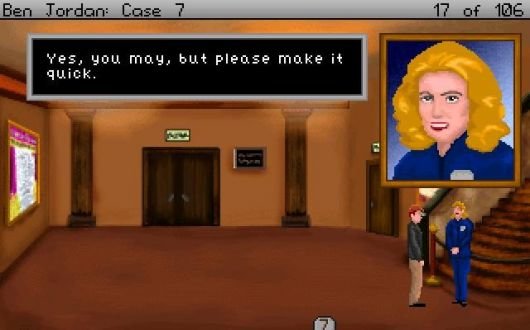 But the strong suit of all Ben Jordan games except the first two has been the story, and once again this does not disappoint in The Cardinal Sins. The characters are well thought out and realistic, helped by the voice-work bringing them to life. The Swiss guard at the Vatican clearly hates tourists and Renzi really sounds like a man struggling to come to terms with the calamity that has befallen him. It will come as no surprise that the true story involves more than a single murder and demonic possession, as deeper investigation reveals a much more sinister conspiracy. By far the most impressive aspect of the story is how much previous events in the series are brought into the plot. If you have not played the series from at least the third case onwards, I would highly recommend doing so before attempting this game. Whilst one of the revelations will probably not come as a surprise to long-term fans, I defy anyone to accurately predict the ending ahead of time. The only real blemishes are a handful of lapses in real-world logic that arise. The main police station in Rome (where Renzi is held) has only three cells and covering up the murder apparently hides all online reference to Renzi, even though he is a local actor. Whilst odd, these fortunately do not serve to derail the plot.

This is a game I heartily recommend. For long-term fans, it is a worthy continuation of a series that has gone from strength to strength. For newcomers, The Cardinal Sins is a good reason to go back and play the games from the start. Whilst the puzzles are slightly uneven and there are occasional logical flaws, these minor weaknesses are easily worth tolerating for the experience on offer. I can give no greater recommendation than to say that I felt compelled to play it straight through in one three-hour session. With an eighth and final adventure already planned, I hope it is not long before Ben is investigating once more.

The Cardinal Sins can be downloaded as a 74.6MB Zip file from the Grundislav Games website.

What our readers think of Ben Jordan: Case 7 - The Cardinal Sins

By Niclas on Nov 6, 2012
This is the best instalment in the series, together with episode 8. It also leaves with a big time cliffhanger that will keep you wanting more. Read the review »