Review for Nancy Drew: Legend of the Crystal Skull

We get a small commission from any books sold.
Written by
Heidi Fournier — November 5, 2007

Seventeen seems to be a good number for Nancy Drew. For a teenager, it is old enough to have experience with the world but still young enough to be sassy, and it's an age that's all about reinvention. And in Legend of the Crystal Skull, Nancy is now starring in her seventeenth PC adventure, and the game comes gift wrapped in a number of key improvements that are sure to quell long time player grumbles and captivate a whole new legion of fans.

Nancy is no regular teenager, of course, and I must say that she gets to go to all the best places. No boring trips to grandma’s farm, with its leaky roof and bad cable reception. When our girl travels, she does it first class. In her most recent games alone, she's been able to bask in the sun in Hawaii, eat croissants on the streets of Paris, and snowshoe through the Rocky Mountains. Now she gets to go to the city of blues and jazz, New Orleans. But this time her lucky friend Bess gets to join her for a little shopping, Cajun cuisine, and mystery solving.

Although she's there only for a holiday, Nancy’s boyfriend Ned has asked her to stop in and check up on a schoolmate, Henry Bolet, whose great-uncle and guardian has just passed away. Being the thoughtful guy he is, Ned thinks Henry might need a shoulder. Henry, however, proves to be more of a passing acquaintance, and Ned’s goodwill notwithstanding, doesn’t have the demeanor that would inspire many friendships. In fact, I thought he looked like a vampire; a whiny, teenage vampire. 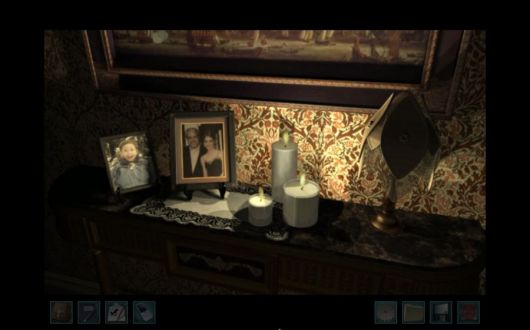 This doesn’t seem to be a random occurrence, as dead things seem to be drawn to the Bolet house. Upon entering, Nancy is attacked by what appears to be a person dressed as a skeleton. When she wakes up, she convinces Henry to let her do a little snooping. A girl with a throbbing noggin wants to figure out who attacked her and why. It soon becomes apparent Uncle Bruno was one weird duck. He created a miniature model of the cemetery next door in his living room, has assorted glass eyes stashed throughout the house, keeps a book listing the time of passing of everyone between 1965 to 1975, and has turned his house into some sort of macabre menagerie for his pets. That alone would provide an interesting backdrop for this game, but it also appears that Bruno may have possessed a very rare and precious object, a crystal skull. Legend has it that the skull brings immortality to the owner, but upon further digging all Nancy can find is that whoever owns it seems to end up murdered.

Since Bruno, who was a spry 95, was found dead of an apparent heart attack, murder may not be the answer. But Nancy decides not to rule it out and quickly narrows the possible contenders down to three suspicious characters. Each of these characters demonstrates one of the largest improvements Her Interactive has incorporated into the game. Gone are the simple talking heads of old. In the previous Nancy Drew games, the characters have been little more than static models. They remained rooted in place, often motionless other than moving their mouths, they rarely had fully visible bodies, you only saw them up close, and when you were done talking they either disappeared from the screen or waited patiently in place until you needed them again. Well, those days are gone. All the characters in this game are fully-realized models. They have complete bodies, distinct facial characteristics and believable gestures and expressions. I actually got the sneaking suspicion that one character was lying to me as he got all shifty and started looking down and to the left while we talked, which if my CSI experience serves me correctly is the giveaway sign that someone is lying. That is how impressive these characters are. They walk into scenes and out, and move around in the environment like they are part of it. This is a huge leap forward even from The White Wolf of Icicle Creek a few short months ago, and I can’t stress how much this improves the experience. The Nancy Drew games have always had good stories, snappy dialogue, and believable voicework, but now that the series has finally added improved models and realistic character behaviour, it finally has a quality of presentation to do it justice. Better yet, Crystal Skull offers widescreen support and the ability to run the game in a window if so desired.

Sound work is once again solid in Crystal Skull, comprised mostly of ambient sounds. There are some short musical numbers that are played at different plot points, but none are looped, so they play once and then seem to just fade into the background before becoming repetitive. The voice acting sounds age appropriate, regionally believable, and in Henry’s case, suitably whiny. The dialogue, especially from the housekeeper, is peppered with little regional colloquialisms and catch phrases that help create the appropriate atmosphere without going over the top. 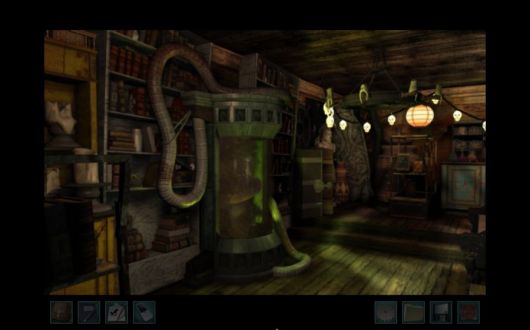 This game has a longer play time than the last few in the series, due largely to the fact that a couple of the puzzles are quite involved. Thankfully, there are fewer ‘make work’ puzzles than in previous games. Such menial tasks and activities have become something of a gripe for players, and while there are still such challenges included in Crystal Skull, they are smaller in scope, take less time and aren’t as repetitive. More importantly, they have been incorporated naturally into the story to make them more interesting, more relevant, and less brain numbing. For example, finding Uncle Bruno’s glass eyes is a considerable undertaking. In previous games this most likely would have ended up as a standalone minigame; here it is built into a number of other puzzles throughout the game, which makes it a lot more enjoyable. As might be expected from the series at this stage, there is also a slider puzzle, a small maze, two or three sound-based challenges, and assorted push-pull lever types of games. Thankfully, there are no timed puzzles in this edition, though you can die, so beware of crocodiles. But if you do get too close, not to worry as the game simply resets to the point before your unfortunate accident. There are also two very annoying hand-eye coordination puzzles, one involving the spraying of wasps, and the other a deathly boring and not-a-little wonky bowling game. I say wonky because if I shot two balls at the exact same angle, they never landed in the same place.

The interface hasn’t changed a lot since the previous game. You still have small pop-up icons for inventory, cell phone, and journal. Your mouse changes icons to indicate directions or hotspots in the time-honored point-and-click fashion. There is quite a bit of inventory to gather in the game, mainly due to Dr. Bolet's large collection of glass eyes. Once again, some screens allow the ability to pan the camera left and right without clicking while others do not. It would be nice to see the series finally allow full freedom of panning, as this is one area where the Nancy Drew games are still seriously lacking. The panning motion is jerky and it's not available everywhere, while most other first-person games have been offering smooth, 360-degree panning since the '90s. I also wish they had included a map in Crystal Skull. Though the game world isn’t that large, there is at least one puzzle in particular that would have benefited from the ability to jump between environments more easily. 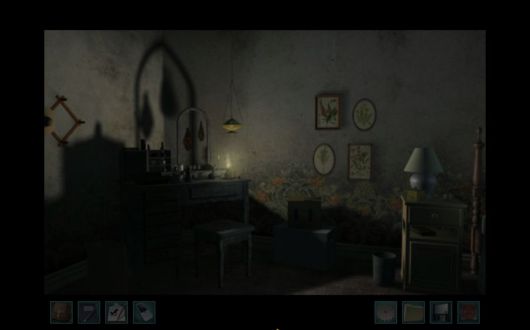 Like The Creature of Kapu Cave did with the Hardy Boys, to successfully complete this game you have to play as both Nancy and Bess. Nancy's trusty phone is used to do the swap. Thought we never see Bess, just through her eyes, our girl is more than able to help Nancy in her investigation. Originally unsure of getting involved, Bess eventually handles one side of the investigation in the French Quarter, while Nancy scours Bolet Mansion. A couple of times Bess gets into some pretty close scrapes, but manages to cleverly get herself out each time, growing seemingly more bold with each step. Playing as Bess offers the player the chance to experience the mystery, and to some degree the formula of these games, from a totally different point of view. Though Nancy and Bess are best friends, they are far from similar in their personalities. Where Nancy rushes in to new situations, Bess is more circumspect. Where Nancy would play coy, Bess is direct. Where Nancy is astute, Bess is guileless. It adds a nice change in gameplay to inhabit a character that is so different from Nancy.

I have no problems in saying this is the best game in the series that I've played, and I have played a lot of them. The upgrades to the character models are now a match for the excellent voice work and sharp dialogue that has always characterized the series, and is continued in Legend of Crystal Skull. And by reducing the size and repetitiveness of the make-work puzzles, Her Interactive has done away with one of the biggest complaints about the games. When combined with an atmospheric and slowly unwinding storyline, these elements create an almost watertight game that even those who have grown tired of the series will enjoy.

Legend of the Crystal Skull is arguably the best game in the series, now that its character design finally lives up to quality of the writing and voice work. If you have never played a Nancy Drew adventure before, start here.

GAME INFO Nancy Drew: Legend of the Crystal Skull is an adventure game by HeR Interactive released in 2007 for PC. It has a Illustrated realism style and is played in a First-Person perspective. 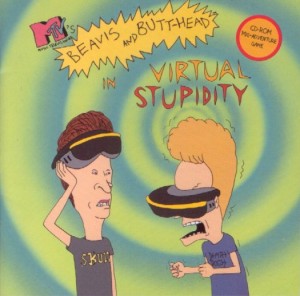