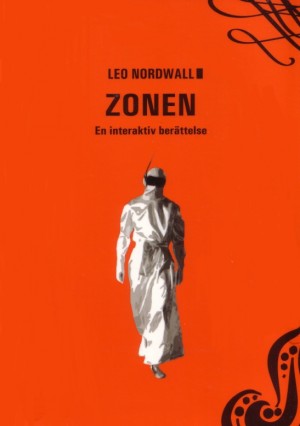 We get a small commission from any books sold.
All Bitmap Books
Written by
Michael Amundson — August 15, 2006

I'm all for ambitious, envelope-pushing stories in adventure games. They keep the genre from getting stale. If developers were content to simply rest on their laurels, we'd still be exploring mundane, endless caves with criminally under-developed characters. Fortunately, as exciting as big cave exploration is, the stories in adventure games have moved far beyond their origins. Force Majeure II: The Zone is a game that promises a story so revolutionary it will "make you question the nature of reality you are living in." Sadly, despite such grand claims, The Zone doesn't come anywhere close to living up to them. And for a game driven mostly by its story, this failure will prove fatal for most players.

A sequel to Force Majeure, which was released only in Swedish, The Zone is the first English-language game from Leo Nordwall and Verkligheter. It was created under the principles of the scratchware manifesto. The manifesto, penned by a handful of anonymous game designers, is a lengthy argument against current trends in game development--mega-corporations, sky-rocketing prices, and so on--and for the return of clever, unique, and cheap games to the market. Given the lack of games actually published under these principles, it's refreshing to see a game promoting the ideals of scratchware.

The story centers on a nameless protagonist, one of the few survivors of a mysterious disaster thanks to a conveniently-placed air raid shelter. This disaster, known as a "force majeure," has destroyed the protagonist's previous reality: his job, his home, and everything he once knew is gone, replaced with a bizarre, post-apocalyptic world referred to simply as "the zone." It is in this empty, barren "new" reality that the game promisingly begins. Your mission, and you really have no choice but to accept it, is to discover what the force majeure was, learn what the zone is, and return to the world left so far behind. Unfortunately, the story quickly falls apart in a confusing mix of obtuse philosophy, confusing dialogue, and general uncertainty. It became clear to me that the game is more interested in metaphysics than in telling an engaging story after I found myself in a lengthy argument with a giant porcelain elephant over its very existence. Such dialogue, alas, is the norm and not the exception. Every time the plot takes a promising turn, the game shoots itself in the foot with difficult-to-understand, highly abstract meta-discussions. The end doesn't justify the means, either. The finale is so deliberately obscure, I wouldn't have known the game was actually over if not for there being nothing left to do. As much as I'd like to explain, I'm afraid doing so would spoil what little enjoyment can be derived from the plot. 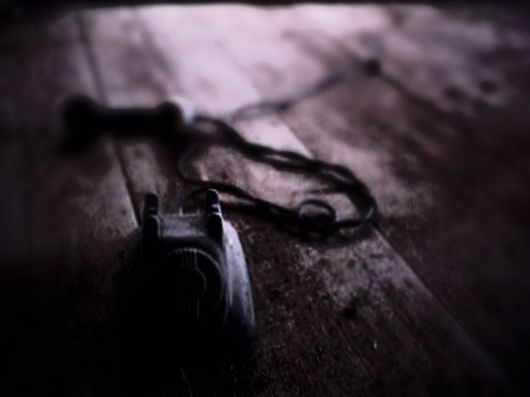 Force Majeure II uses a slideshow-style, first-person perspective with no camera panning. Long distance navigation is accomplished via a large map of the zone. The map appears upon exiting any of the handful of locations in the game. When a character or object reveals the existence or destruction of a location in the zone, the map is updated to reflect the change. These changes tie into the very nature of the zone: reality changes to reflect changes in the main character. For instance, a recollection of a romance in the character's life triggers the appearance of a new location in the zone. Once in any given location, short distance navigation is handled through an on-screen compass rose. Clicking on the compass will move your character in the desired direction. The control system is usually useful and intuitive, though the ever-changing navigational map at times results in confusion. Interaction is handled in a manner similar to the many Sierra games of yore. A multi-function cursor is cycled through with clicks of the right mouse button and serves as the primary means of interaction. Inventory management consists of a window showing large iconic representations of items currently held by the player. Items can be examined, usually resulting in some useful description or comment.

The soundscape woven by the game suits its plot. Which in the case of The Zone is not really a compliment. The music, best described as ambient, industrial electronica, is hard to listen to for any length of time. The catchy old-time piano of the main menu is nowhere to be found once the game begins, replaced by static-filled oddities of musical expression. The rare times voices are used, mostly in the form of radio communication, they are in the form of garbled static. I weathered through it for the whole game, but was often tempted to turn the sound off altogether.

As with the sounds, the art in the game also befits the surreal atmosphere. Ranging from purely abstract art to photos taken straight out of a corporate office, all the graphical content in the game has been washed over with an at-times unhealthy amount of graininess. Because the game itself is so abstract, it's hard to judge the quality of the art. It's generally clear what's being seen, even if what's being seen is really "out there." There's not much to speak of in terms of animation. The game uses no ambient animation in its scenes, but does occasionally make use of full motion video. When it does, it's usually so grainy or blurry that you can't actually make out what's going on. The one chance you really can, in The Zone’s final cinematic, the sheer ridiculousness of the situation being presented makes you feel torn between complete laughter and giving in to that urge to cry that's been building up since you began the game. 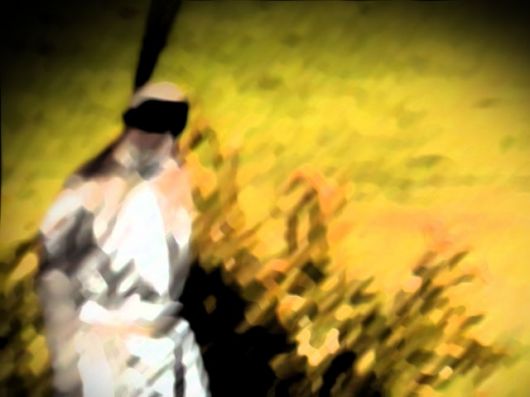 The game relies primarily on inventory-based and environment-based puzzles--use object X on thing Y--and almost entirely avoids conventional logic puzzles. Which seems fine until you discover that the game rarely indicates that there's a puzzle waiting to be solved. And once you understand that there is—typically by exhausting all navigation options—you will probably have no idea how to solve it. I generally slogged through such situations with my trusty friend: trial and error. Was there something I hadn't attempted to use? Did I miss something changing as I entered a scene? Though the puzzles are few in number, they will eat up substantial portions of the time you spend playing the game. They may even make you long for the impossibly incomprehensible story to surface once again.

Like Caesar, I came, I saw, I conquered. But, despite my tribulations, there was no Gaul. There was only the unintelligible "zone" and a feeling of emptiness and frustration. I really wanted to like Force Majeure II. Independently produced commercial games that are willing to take risks can in many ways soar over their bigger-budgeted cousins. But not this one. Maybe I'm too simple-minded to grasp its plot. Maybe I failed a philosophy course in college and hold a grudge. But I'd like to think many of the things The Zone attempts to do, such as tell a deeply philosophical story, could have been accomplished without going as far afield as it does. More often than not, The Zone seemed like it was being bizarre for the sake of being bizarre and not because the premise necessitated it. The end result is a game that comes off as unapproachably muddled, banking on a flimsy veil of "questioning reality" to justify its questionable design.

Of course, for some people, the more intellectually and psychologically challenging a game the better, so there will likely be those interested in The Zone. For those adventurous souls still willing to give it a shot, the game is available internationally in downloadable form, or in Sweden as a packaged product. An international CD version of the game is planned, but there are no details at this time. Ordering instructions for both versions can be found at the Interacting Arts website. There is also a playable demo available for the game, so you can sample what's in store if you dare to step into the surreal world of The Zone.

Too deliberately confusing for its own good, The Zone is a game best left to brave students of metaphysical philosophy.

GAME INFO Force Majeure II: The Zone is an adventure game by Interacting Arts released in 2006 for PC. It has a style and is played in a First-Person perspective. 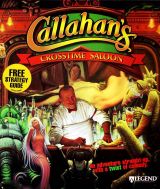