There is a game company out there who for some reason has not abandoned the pure adventure genre. It’s called Cryo. I know, I know, many people became irrationally violent while suffering through Atlantis: The Lost Tales, but I for one am extremely glad that these crazy Frenchman are still in love with the concept of an old fashioned adventure game.

China: The Forbidden City is a Cryo title, and if you live in the U.S. you know how notoriously difficult Cryo titles are to get your mitts on. I borrowed this copy from a friend who acquired it, I suppose, through some sort of international espionage.

China is one of a series of mild, beautiful, and educational games by Cryo, including games set in Egypt, Versailles, and the upcoming Aztec. 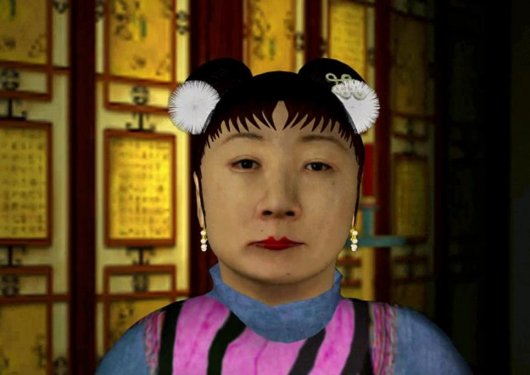 This is a strange little game that I liked very much. However, I should say from the outset that if you’re looking for heart-stopping action, scintillating conversation, many hours of gameplay, and wildly varied backgrounds and scenery, then this is definitely not the game for you.

So why am I giving this game a good review? Well, like I said, it’s a strange little gem. What it does, it does extremely well. So let’s talk about what it does.

It does a remarkable, almost eerie job, of recreating The Forbidden City in Peking as it existed in the 18th Century AD. As you play the job you get a real sense of the city’s vastness, its complexity, and its unity of design. 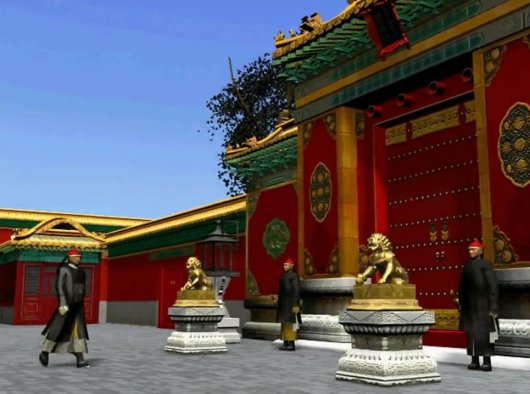 This unity, in fact, adds a great challenge in simple navigation. By that I mean that all of the buildings look very similar, and so you have to be very careful to figure out where you need to go. Thankfully, the game offers several effective resources to help in this regard, from detailed maps to "jump to" features to building indices.

Additionally, the game gives you a vivid sense of the way the royal court worked, politically, socially and ritualistically. The conversations are full of the rich formality of Chinese court speech of the period, and its authentic feel adds greatly to the immersive quality of this game. 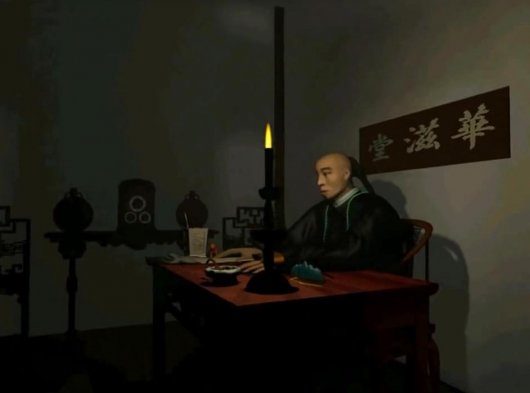 The storyline is actually quite intriguing, involving forgery, theft, blackmail and treason. The game is extremely linear, as your character follows a ribbon of clues left in various parts of the City.

The game includes an entertaining series of puzzles, many of which are solved by using an in-game encyclopedia. In this sense the game is quite similar to another game about China, Qin. This sort of fact-finding to solve game puzzles infuriates some players, but I don’t mind it at all. This encyclopedia also allows you to learn more about characters and buildings that you come across. Again, I know that some players have no interest in being educated while playing a game. I don’t feel that way at all, especially if the subject matter is as compelling as this.

Visually, the game is a combination of slide-show navigation but with 360 degree 3D panning. The graphics are coolly elegant. 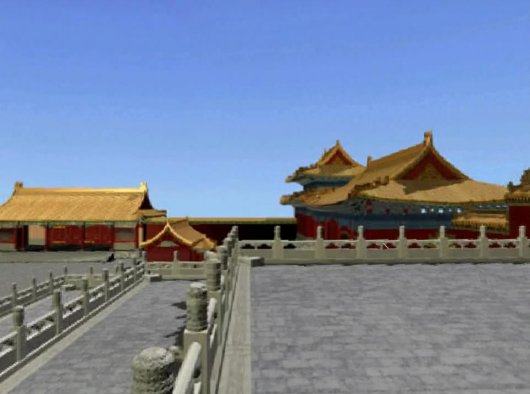 The characters are rendered in 3D and here is an area Cryo really shines. The faces in China are not perfect, in that their movements are stiff and not quite naturalistic. However, they actually look like real faces on real people. They don’t look like puppets, and they don’t look like polygon figures. I have seen even more excellent examples of this facework in previews of several of Cryo’s upcoming games. I’ve said this before and I’m saying it again to other game companies out there: find out what Cryo is doing with faces and do your best to copy it!

Adding to the authentic feeling these good faces give the game is that the creators of China have even used contemporary portraits of these historical characters when designing the faces. That kind of attention to detail is quite impressive. 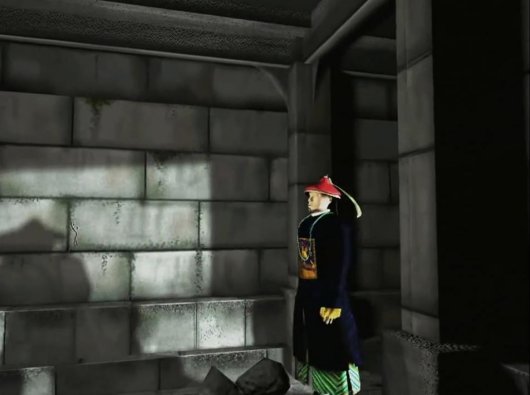 Another aspect of the game that will irritate some players, but not me, is the fact that in the puzzles are easy and the game is fairly short.

Overall, playing this game is a calm, languid, elegant, oriental pleasure. China casts a lovely spell that I was happy to fall under for a few hours. If you can find a copy, grab it. It could make you, like me, hungry for more Cryo titles.

If you admire its positive qualities, this is game experience filled with unusual pleasures.

GAME INFO China: The Forbidden City is an adventure game by Cryo Interactive Entertainment released in 1999 for PC and Retro. It has a Illustrated realism style and is played in a First-Person perspective.

What our readers think of China