Anyone who has been playing adventure games for more than five minutes is familiar with the term "Myst clone." It referred, at first, to the gaggle of games that were released specifically to capitalize on that wildly influential 1992 game. Gradually the term evolved to refer to any games in that now-firmly-established subgenre of first-person point-and-click adventures.

Of course to some players "Myst clone" is a derogatory term. When I hear it applied to a game, however, I’m instantly interested in playing it.

However. Now that we’ve had the term for several years, I think the time has come to expand on the definition. Have you noticed that games as diverse as Shivers and Obsidian are regularly referred to as "Myst clones"? That’s a pretty broad definition of the term, if you ask me. 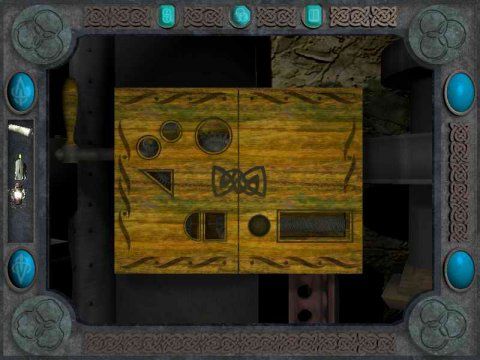 So. I propose we divide this phrase into two version. The first will be "Myst Clone G", the "G" standing for "general." Into this group I’ll generously let you toss in Obsidian, Shivers, Timelapse, Black Dahlia, Clandestiny – heck, you show me a first-person point-and-click and I’ll call it a Myst Clone G.

The second term I propose is "Myst Clone L", the "L" standing for "lawsuit." We’ll save this category for the games that are so Mystical that its creators might have considered sending a royalty check to the Rand brothers. Into this class I would put games like Qin, Secrets of the Luxor, the recent Comer, and the subject of this review, Celtica.

Okay, so it took me five paragraphs to get to the game. Sue me. You can’t talk about this game without talking about, or thinking about, Myst. Now, please keep in mind that this is not as critical an observation as it may sound. Remember, Ray loves Myst clones. 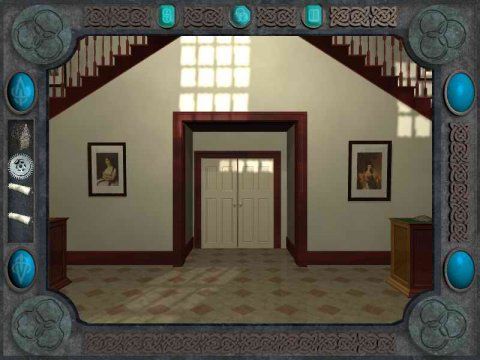 When released in 1998, Celtica received some of the worst reviews of any game since Of Light and Darkness. Steve Metzler’s Celtica rant at Games Domain is an absolute scream.

Is Celtica an innovative, breakthrough game that pushes the envelope of what an adventure game can do? Of course not. Did it deserve the eyebrow-singeing reviews it received? Absolutely not. Of course we love revolutionary, visionary games. But those don’t come down the pike very often, and while we’re waiting, why not play a game that’s a handsome and fun rip-off of a classic?

Celtica is, duh, a first-person point-and-click adventure set on a tiny, mysterious, beautiful and extremely green island off the west Irish coast. The game begins with your character on a small hill near the tip of the island. Several exploratory paths are available to you, including a lighthouse, an abandoned church, and a cemetery. 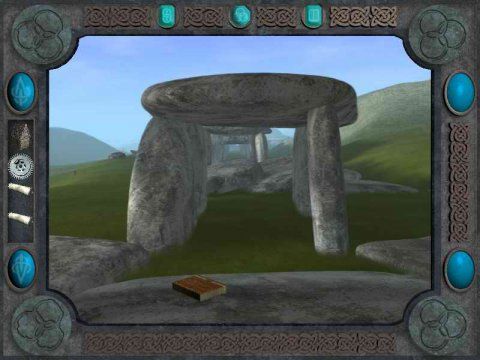 The most intriguing spot to begin, however, is a tiny gazebo on a tiny spit of land accessible by a way cool wooden footbridge that would have been at home at San Luis Rey (sorry about that; when I’m not playing games, I’m reading). The gazebo contains a lovely windchime puzzle and a handy telescope that leads gives an important clue. You grab the clue and are now off and running in the game.

Celtica has a reasonably intriguing backstory about various groups of people in the past who have come to the island and attempted to piece together and then use some ancient Celtic magic. This includes a turn-of-the-century group of utopians led by a charismatic young madman, and (more interestingly) a couple of WWII Nazis secretly stationed on the island.

The Celtic theme is perfect for this type of game, and Celtica shamelessly panders to the Enya-lover in all of us. You can’t take two steps in this game without tripping over a stone circle, crucifix or Celtic knot. 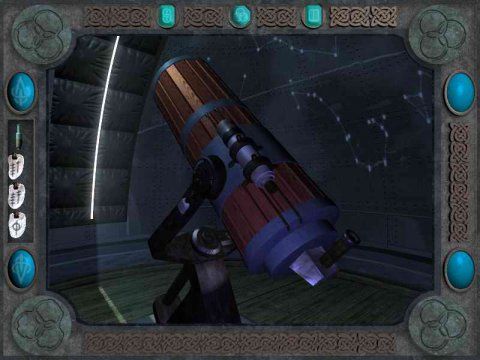 The gameplay includes reading the inevitable discovered journal, fixing intriguing broken mechanisms of all sorts, deciphering symbols, finding keys, and gradually opening more and more of the island up for exploration.

If all this sounds familiar, well... IT IS! If you’re in the mood for this sort of thing, who cares?

On two disks, the game has the admirable virtue of avoiding disk-swapping, as each disk contains a particular sector of the island. 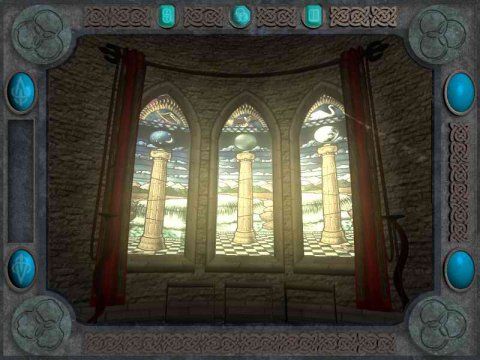 Also, the game is full of absolutely beautiful graphics work. It’s in slideshow format, which is a bit retro for a game released in 1998, but the slides are gorgeous. Hope you like green, though, because Ireland isn’t called The Emerald Isle for nothing. In addition to the stunning greenscapes, the game contains a beautiful, eerily pristine mansion to explore, and perhaps most unexpectedly, a very creepy Nazi bunker, complete with a crippled but still sinister U-boat.

Celtica is pretty, fun, and solid. I thoroughly enjoyed the eight hours it took to play it. I recommend it if you are in the mood for a Myst-fix. If you’re impatient with these lonely, empty worlds, however, you may want to pass on this one.

GAME INFO Celtica is an adventure game by Artech released in 1998 for PC. It has a Illustrated realism style and is played in a First-Person perspective.

What our readers think of Celtica