The 7th Guest 3: The Collector

Clandestiny is the third in the Trilobyte series of haunted house puzzle games. It breaks no new ground in terms of format or content, but I really enjoyed it nevertheless. I am personally a big fan of the formula codified by the wildly successful "The 7th Guest" in 1992. The formula? Stumble around a haunted house solving puzzles while being mildy diverted by the thin storyline. Nothing revolutionary, but it works.

The only new element Clandestiny introduces is some fairly well-done animation. The game is played in a combination of first and third person: first person for navigating and puzzle solving, third person for the animated cut scenes.

Your character has inherited a Scottish castle and title, and you and your fiancee show up to claim your windfall. Unfortunately, the castle doesn’t appear to be full of treasure – merely ghosts. 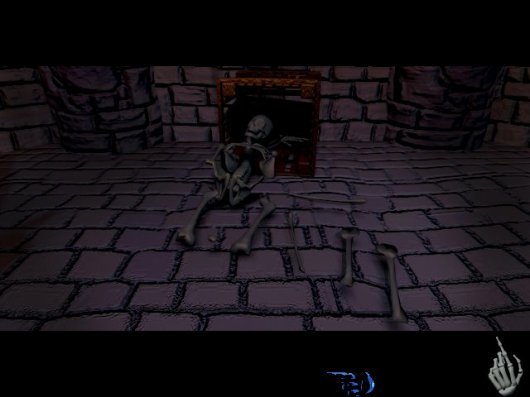 The voice acting is for the most part adequate, but I must say the the writing of the role of the fiancee is pretty darned irritating. For whatever reason, she cannot see the ghosts you see until about three-quarters of the way through the game. Instead of this creating hilarity, it pretty much just gets on your nerves.

Unlike The 7th Guest which provided beautiful 360 degree movement, the navigation in Clandestiny is a slide show a la Myst. However, the environments are very well done, and the castle is a very fun place to explore.

There are two kinds of puzzles in Clandestiny. There are the traditional, 7th Guest type, involving word strings and chessboards and leaping toads and such, and these are all entertaining. Some are fairly standard and easy, such as a classic leapfrog puzzle, and others are pretty fiendish, like one in which you have to painstakingly rearrange a set of gears. 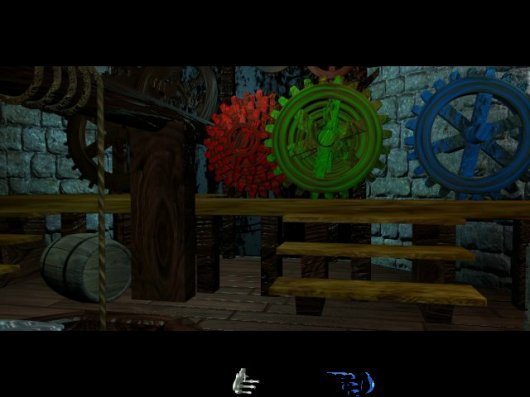 Then there are the "door puzzles." At the very beggining of the game most of the doors in the castle are locked. In order to pass through a door you must find the "key," which is the answer to a riddle. Now, you are either a person who likes riddles or a person who is driven up the wall by them. If you hate riddles, this aspect of the game will not be one for you. I actually quite enjoyed them. Also, each riddle answer you get not only opens a door but adds a word to the family crest. As this family crest begins to take shape and you see a clan motto is being constructed by your riddle answers, solving the remaining riddles gets easier -- as you are looking for specific words to complete the motto.

Opening a new door also frequently lets you meet a new ghost. These ghosts are a mixed bag; some are entertaining, others not so.

On a technical note, one thing that irritated me about Clandestiny is the fact that it had only crude sound controls. It didn’t give me the option of turning down the music independently of the voice or effects tracks. Consequently I had a very hard time understading much of the speech in the game. This is a problem, because the comments made by the various characters frequently contained vital clues. This was a particular problem on the final puzzle, which was rendered almost impossible to solve because of the difficulty of understanding the various characters. 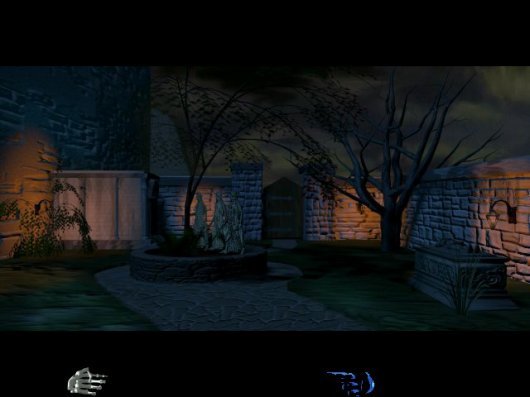 I guess I’ll have to make an announcement: RAY’S GAME RULE #1: ALL GAMES MUST HAVE A "TEXT" OPTION FOR ALL SPEECH. Don’t make me have to say this again.

Was it worth my time? Absolutely. As I’ve said before, the 7th Guest game model is popular for a reason; the reason is that’s it’s lots of fun. I really enjoyed most of the puzzles in this game, and even some of the riddles. And the animation was technically well done, even if the writing wasn’t spectacular. I finished this game in two sittings with a friend . . . so I guess we were having a good time!

GAME INFO Clandestiny is an adventure game by Trilobyte released in 1996 for PC. It has a Stylized art style and is played in a First-Person perspective.