I was interested to find out last month that the term "fairy tale" is actually in the dictionary. It is defined as a "fanciful tale of legendary deeds and creatures, usually intended for children." Fairy tales, in all forms, have historically served as great family entertainment, perfectly sanitized and safe for all ages. The problem with most fairy tale adventure games, both commercial and amateur, is that they're far too self-conscious, and the stories fall far short of truly being "fanciful and legendary" either for fear of not appealing to a general audience, or simply from lack of effort and imagination. If you have felt that way about other adventures, then I assure you, OFF Studio's Five Magical Amulets is an extraordinary breath of fresh air.

Five Magical Amulets is a fairy tale in every sense of the word: massive in its scope, fanciful and legendary in its story-telling, packaged with the ideal presentation for children and family-minded gamers to enjoy. As a traditional third-person adventure, it is a pure throwback to games like Legend of Kyrandia and King's Quest IV, and in fact excels past those games in many respects. You play a girl named Linda, who was abandoned as a child and raised by the enchantress Twelga. On Linda's eighteenth birthday, her foster mother explains to her the secret that keeps life in the country of Nyron in balance: the titular amulets. The evil wizard Zarkyran has come to possess one of the amulets and has been driven mad by its power, and will now stop at nothing to add the remaining four to his collection. Twelga gives Linda the one amulet that she has been guarding and sends her on a quest to find the remaining amulets and stop Zarkyron's plans. 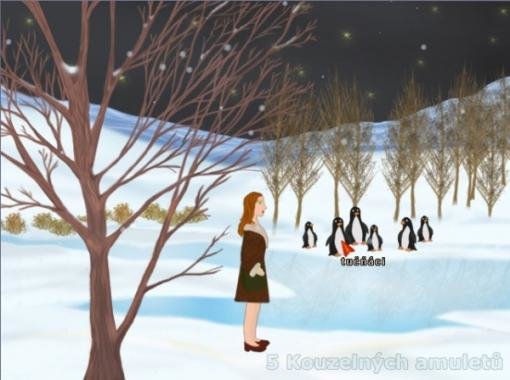 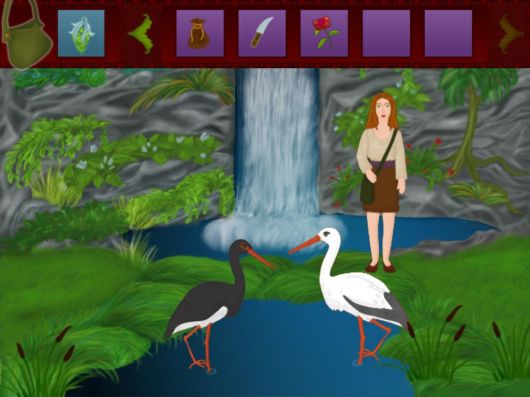 Your journey as Linda takes you to a variety of places and brings you in contact with a truly vast variety of characters. The first amulet you receive gives you the power to speak with animals, which becomes essential to progressing through the forest that populates most of the first chapter. The second chapter takes you to the town of Tarin, in which you will become highly involved with the lives of many of the townspeople (even taking the opportunity to play matchmaker). You will later journey to a land of ice and finally to Zarkyran's castle.

The game is incredibly lengthy, and each of these chapters (with the exception of the rather short ice land) will take many hours. There are copious amounts of inventory to be acquired, combined, and used, and as I mentioned, a variety of characters with plenty of dialogue trees. In total, the game will probably take the average player 7-10 hours, and not for difficulty, but just for sheer length--a tremendous achievement in the freeware adventure scene. Though the total number of screens used in the game is not incredibly high compared to some games, the amount of time you will revisit each of the screens is remarkable—but lest you think this is just a copout technique by the developers, it’s impressive how Five Magical Amulets makes very efficient use of every part of its imaginary lands, never forcing a sense of repetition on the player. Despite all this adventuring to do, the pace is very slow, as you would expect from a truly pristine fairy tale such as this. Even as the final battle draws closer in the castle, there is rarely any sense of urgency or hurriedness, and as far as I could tell there is no way to die. Having said that, those who prefer a little bit of drama and tension in their adventures may be advised to look elsewhere, but that underscores the appeal to children who would rather take everything at face value anyway.

One thing the younger set may need some help with is the inventory-driven puzzles. The mass of inventory items may lead to a lot of trial and error in some of the puzzles and there are plenty of instances where a puzzle can’t quite be completed because you’ve only gathered four of the five items needed to complete it—and this isn’t perfectly clear. I don’t want to imply this is a maddening game, but the constant stream of intermediately difficult inventory puzzles do call for some assistance for children who may be playing. 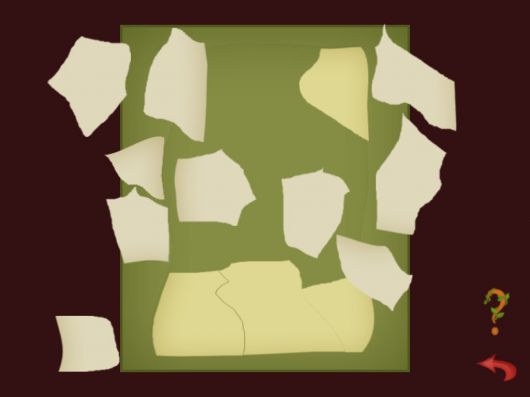 Five Magical Amulets is stunning in its visual simplicity. It is colorful, and while the attention to visual detail is not always striking, there is a great deal of beauty and texture, especially in the outdoor locations. The animation framerate is low and so the walking and other animations are fairly jumpy, but the game is still miles ahead of its amateur peers visually--a fact which can likely be attributed to the Wintermute engine, if fellow Wintermute games the white chamber and Project Joe are any indication. Even stronger than the visuals, though, is the soundtrack--a beautiful, perfectly complementary collection of old-school MIDI tunes are a strong addition to every scene that they frame. Without a doubt, the compositions are on par with the Apprentice games as the best that Underground has to offer. 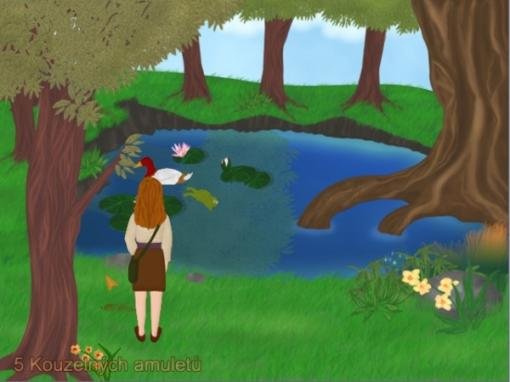 A warning for those who shy away from reading, though; this game is littered with dialogue, and there’s no voice acting to help you along. This isn't the complaint I'd expect to have about an Underground game, but the designers really could have trimmed the fat a bit more on the dialogue. The game's native language is Czech, but the English translation is nearly perfect. I can't speak to the quality of the original writing, but in any case, the translator produced a quality final product, which seems to the exception rather than the rule when it comes to translations (in both commercial and amateur products). There are a couple jarringly out-of-place sexual innuendoes near the end of the game, but other than that the dialogue is perfectly sanitized, G-rated material--again, ideal for such a well-meaning and wholesome game.

OFF Studio just made the announcement that they are starting development of a sequel, to be called The Stone of Power. Linda will again be the heroine, and the resolution will be increased from 640x480 to 800x600. An exciting development, to be sure, for this is one of the great amateur adventures of recent years. At the halfway point of the year, it's probably safe to say that Five Magical Amulets has taken an early lead for Best Game and Best Sound/Music for next year's Underground Awards, and will probably make a showing in other categories as well. Here is a game that retains an epic, legendary scope while still maintaining pristine innocence and a fanciful, light-hearted tone. This is not a game for everyone, but if you long for a good, clean fairy tale, I assure you that they don't come much better than this--especially in this price category.

What our readers think of Five Magical Amulets