The seven deadly sins—that’s pride, lust, gluttony, greed, sloth, envy and wrath, for the more virtuous among you—have persisted in the public consciousness for centuries, both inside and outside the Christian faith, and it’s not hard to see why: they’re universal enough across the human experience that most people will understand them, but they encompass such a variety of different ideas that no two people are likely to interpret them the same way. They’ve served as the foundation for works as diverse as Dante’s The Divine Comedy, David Fincher’s film Seven, and LucasArts’s Afterlife. The latest to explore this enduring theme is Forgiveness, which seeks to examine them from yet another angle. Unfortunately, this escape-room effort from developer Chaos Minds neither finds much new or interesting to say on the subject nor provides much in the way of entertaining gameplay.

The game opens with a scenario that will be familiar to anyone who's seen a Saw film: the unseen player character wakes up to find themselves locked inside a windowless room as a disembodied voice comes over a speaker and introduces itself as "God." More specifically, it's Dr. Benjamin Smith, a "former" sinner who decided to "take on God's job" after he was given an opportunity for redemption. Now he devotes his life to passing judgement on the wicked—you, in this case—and he’s prepared a test for you that reflects your past sins. If you pass this test and prove you can learn from your mistakes, you’ll be granted forgiveness; fail and Dr. Smith will send you to Purgatory with the other sinners (presumably by murdering you).

And that’s where any semblance of a story ends. Once you’ve solved the game’s first puzzle—finding a code to unlock the sealed door—you’ll pass into the room containing your test, and you’ll hear no more from (or about) Dr. Smith until the credits tell you who voiced the role. Which test you’ll face is up to you: you can select from a list of the seven sins (each one has its relative difficulty level indicated next to it, from Medium to Insane; only the Prologue is listed as Easy) or you can submit to a short questionnaire to find out which deadly sin is “yours.” (Examples: “Which is more enjoyable to you, food or sex?” “What is more important to you, to be remembered or to be rich?” I got Envy, in case you were wondering.) 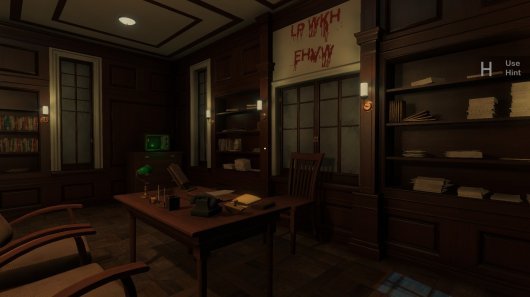 Either way, you can only play one room/sin at a time—complete your chosen room and you’ll be kicked back to the main menu to select another rather than progressing directly from one to the next. Presumably this is meant to preserve the illusion that each test is personalized for you specifically, but in practice it doesn’t quite work. Each room comes with two play-style options: Normal, in which time is unlimited and a chime sounds when you find something relevant to the solution, and Extreme, in which clues are silent and you have to escape within 30 minutes. Anyone hoping for any direct follow-up to Dr. Smith’s threats of damnation in Extreme mode will be disappointed, as failure means no more than some tut-tutting text on a black background and a return to the menu screen.

While each room supposedly represents one of the deadly sins, the theme is applied unevenly. A casino for Greed, a sexy dungeon for Lust, and a kitchen for Gluttony are clear enough, and one can intuit why a mahogany-trimmed study and a darkened TV room might respectively represent Pride and Sloth, but if there’s a link between Wrath and a featureless warehouse or Envy and a bohemian loft apartment, I can’t see what it is in either case. The puzzles, too, fail more often than not at calling to mind the sins they supposedly represent. Dr. Smith promises that you’ll be set free if you can prove you've abandoned your sinful ways, but how does arranging books in the proper order on a shelf, for instance, prove you’ve conquered your pridefulness? What does setting out a certain number of baked goods on a dining table have to do with giving up gluttony? Considering the emphasis its opening moments place on the notions of sinfulness and atonement, it's jarring how uninterested Forgiveness seems in actually exploring them.

All this would be easier to look past if the puzzles were stronger across the board. While there are a few standouts—a Sloth puzzle involving a dartboard, a candle and a television sticks out as particularly inspired—the majority run the gamut from overly simple (find X number of objects/clues hidden around the room) to borderline nonsensical (a pair of Wrath puzzles involving alphabet tiles are definitely worthy of that room's "Insane" designation). In both of the highest-difficulty rooms I wound up having to rely on the built-in hint system, and when it showed me the solutions I was left wondering how the developers expected anyone to come up with them on their own. 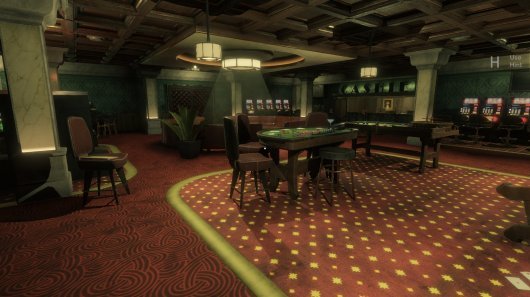 When I say it gave me the solutions I mean it literally, as the "hint" system didn’t so much point me in the right direction as flat-out tell me what to do next. I was disappointed the first time this happened (in the Envy room) because all I'd wanted was an idea about my next objective, but if there's a way to adjust the kind of help it provides I never found it. (I knowingly used it in the Wrath room; by then it was either that or put my computer in the microwave.) Aside from the hint system the game’s mechanics are all straightforward in their functions, with the WASD keys used to move and the mouse to look and interact. You can pick up an item and carry it in front of you, which allows you to examine it or use it in the environment when prompted, but otherwise there's no inventory. You also have the ability to crouch, which is useful for picking up dropped objects, and to jump, which never actually proves necessary. There's no save function; quitting mid-room means you'll have to start it from the beginning when you come back.

Where Forgiveness does manage to shine is in its presentation. The first-person visuals are impressive, especially for a small studio's first effort, and the highly-detailed environments are remarkably well-realized. The Greed room deserves special mention for how well it recreates the atmosphere of a casino floor while leaving just enough out of place—a single flipped table, cards and chips scattered across the floor, a conspicuous package with wires sticking out of it—to keep you on edge. The music, too, serves the experience well; each room has its own distinct theme that pairs appropriately with the sin on display, from Lust's sultry jazz tune to an ominous bass rumble that simulates barely-contained Wrath. The only voice work you'll hear comes in Dr. Smith's opening introduction, but actor Eric Holzschuh imbues him with an effective mix of unhinged menace and obnoxious self-satisfaction; the performance is such that I felt I’d gotten to know him better in his brief vocal appearance than the writing would have allowed on its own. 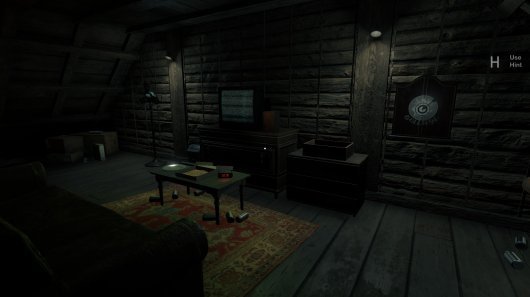 There are a few noticeable technical problems littered throughout, the worst of which is a bug that showed up for me after about 20 minutes in the Wrath room and randomly rendered large swaths of its hotspots impossible to interact with, forcing me to start the room over. (The lack of a save function really hurt here.) I didn't encounter this in any other room, but as I spent the most time by far on Wrath I'm not discounting the possibility that it might show up elsewhere given enough time. Less severe but still worth noting are the numerous (presumably unintentional) misspellings in pieces of environmental text, which add an unnecessary level of frustration to one puzzle that depends on identifying purposeful typos. Some items also appear to levitate slightly above the flat surfaces they're supposed to be sitting on, which distracts from the otherwise gorgeous 3D visuals.

I finished Forgiveness in about seven hours, but at least one of those was spent retracing my steps after the aforementioned bug forced me to restart the Wrath room multiple times. Once you've played all seven rooms (plus the prologue), the game is simply over; there’s no climactic finale, no "THE END" moment or specific indicator that you've done all there is to do. If you want to see the credits you'll have to select them yourself from the menu. In a way that might be appropriate, because Forgiveness as a whole feels incomplete, less a full game and more a collection of semi-related puzzles organized around a central idea that never gets a chance to develop. The visuals and soundtrack are impressive, but only the most dedicated escape room enthusiasts will find much else to enjoy.

Forgiveness features a few memorable puzzles and its presentation is top-notch, but inconsistent design choices and the promise of a story that never materializes render it frustratingly unfulfilling.

GAME INFO Forgiveness is an adventure game by Noam Matan Rotem released in 2019 for Linux, Mac and PC. It has a Illustrated realism style, presented in Realtime 3D and is played in a First-Person perspective.

What our readers think of Forgiveness

No sure how to rate

The concept and 'story' is nothing new and we have seen before. You wake up in a room, not knowing how you got there. You hear a voice over the intercom, telling you will be... Read the review »