It's only been a year since the debut of Alice & Smith’s The Black Watchmen, so it’s a little surprising to find out that the game’s origins stretch back almost a decade. In 2007, husband-and-wife team Andrea Doyon and Nathalie Lacoste introduced the Qadhos Organization – a group with goals similar to that of the Black Watchmen – to root out and stop a series of occult activities by recruiting players (or "agents”) from around the globe in their Lovecraft-inspired ARG Behind the Yellow Curtain. After founding their first company, Human Equation, the duo went on to create several promotional ARGs for Funcom’s conspiracy theory-based MMO The Secret World, which established the Black Watchmen agency and featured gameplay and characters very similar to its current standalone incarnation.

Though this history has been largely out of the spotlight during the first two Black Watchmen seasons, it does remain part of the game’s backstory. Mother Russia is the first of at least two planned DLC mini-campaigns seeking to pick up the loose ends of that history in order to deliver a series of more compact gaming experiences during the run-up to season three. Not surprisingly, given the quality of the series so far, the latest mission set provides excellent entertainment value for the money (again), with a varied and fun set of puzzles blending fact and fiction into an irresistible whole (yep, again). A new element this time around also digs into the history of the Black Watchmen organization, though the players most likely to appreciate this feature are those familiar with its Funcom-era roots. While the budget cost and bite-size nature of this release (compared to the full seasons, at least) could have presented an opportunity to reach out to potential players hesitant to take the plunge on a full season, the requirement to purchase at least the first season in order to gain access to the Mother Russia DLC leaves this installment, great though it is, mainly for established fans of the series.

As with previous releases, Mother Russia began with a live event, called Operation Silverspear, which saw players tracking down a series of global pathogen tests originating from the Russian postal system. The week-long event saw players taking photos of post offices and noting the active Wi-Fi hotspots in the vicinity of each in order to “monitor” for suspicious communications. Pictures and notes could be submitted to an in-game, real-world website along with the name of the city in which the post office was located, the objective being to activate enough cities around the world on the website’s map so that a global monitoring network could be established. 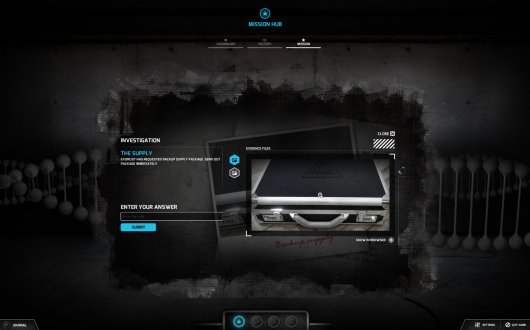 Silverspear culminated in a live internet audio broadcast once the monitoring network was fully operational. Lasting more than two hours, players coordinated during the broadcast to foil a series of major tests of the pathogen in several cities around the globe, including Sydney, San Antonio, and Moscow, by a hostile group known by the mysterious acronym AMWOG. We decoded messages and made sense of information intercepts to narrow the search to specific locations in each city for the agency’s “strike teams” to investigate. The Sydney location led to a brief hostage situation (fictional, of course), and we were tasked with planning their rescue. Evidence gleaned from the hostage-takers pointed to the tests being related to the 2012 disappearance of one Agent Msika, a character introduced during one of the Secret World ARGs. With this revelation, Operation Silverspear drew to a close, and Mother Russia’s in-client mission set became active.

While TBW’s live missions are always engaging, the live audio broadcast lent an even more urgent feeling to this installment, making Operation Silverspear my favorite live mission so far. With the developers acting as “Black Watchmen Dispatch,” players could email a specific address with further information gathered from the clues given to them, and our contributions were mentioned on air and impacted the story as it unfolded. Additionally, this event presented a variety of puzzle types to solve, many of which didn’t rely as heavily on cryptography and mathematical codebreaking. That’s not to say that such puzzles don’t have a place in the game, but reducing the dependence on puzzles that are truly accessible only to a small subset of players goes a long way in making the game less daunting for newcomers or even experienced players who are less knowledgeable in such subjects.

Once you gain access to the in-client missions, you will find an experience almost identical to that of previous seasons, with a few notable exceptions. One such exception is that, instead of the typical 25-30 missions, Mother Russia contains five. Understandably, this drastically reduces the time spent playing the game, though I still clocked in a respectable seven or eight hours start to finish. I tend to take my time with this game, so it is possible that very keen players (or those who collaborate more closely with the community to solve the puzzles) will be able to finish the game quicker than this, but the point is that even in such an “abbreviated” DLC experience, plenty of content is still available to explore. 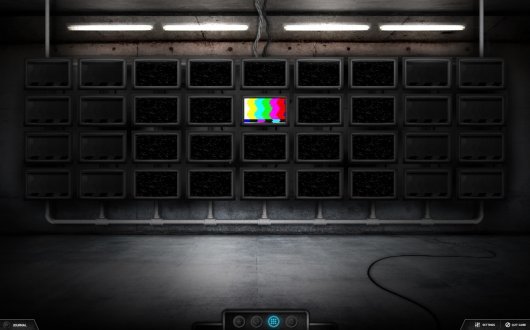 Another notable addition this time around is a PDF document called the “Msika Archive.” The 51-page tome details a mission Agent Msika undertook (apparently on her own initiative) while in self-imposed hiding in Russia, investigating activities initially thought to be the doings of a Secret World-related cult called Morninglight, but which turned out to be military in nature. Combining real-world declassified intelligence documents, news articles, and fictional storytelling, the Msika Archive provides context and some vital clues for the missions you encounter throughout, while further expanding the Black Watchmen lore.

Although long-time fans are likely to find the answers to age-old questions about the character’s fate intriguing, for players such as myself, without such an in-depth knowledge of the Black Watchmen’s past, these references will likely be a combination of slightly confusing and mostly underwhelming. The developers make an admirable attempt to alleviate the problem by providing forum links to archived posts from the previous ARGs and brief summaries of past events in order to catch players up, but for a full appreciation of the significance of Msika’s place in the agency’s history, I doubt there’s much substitute for having been a participant in the earlier alternate reality experiences. The sheer size of the Archive makes reading it a daunting prospect, though an initial skim followed by more in-depth reading whenever the missions reference certain sections worked well enough for me to tackle it a little at a time.

Thankfully, the missions themselves manage to stand on their own merits. While information from the Msika Archive is critical for success, you can still expect to trawl the internet for answers to puzzles presented in each mission. However, instead of the incredibly broad range of knowledge required in previous seasons, Mother Russia revolves around a very specific area of interest, which I will leave unspoiled. Suffice it to say that, despite issues with the Msika-focused backstory, this is the most coherent storyline so far in the series, with elements from the live mission segueing smoothly into the client-based storyline and puzzles. The more compact experience probably accounts for much of this, but no doubt continued refinements to Alice & Smith’s development process also plays a role. 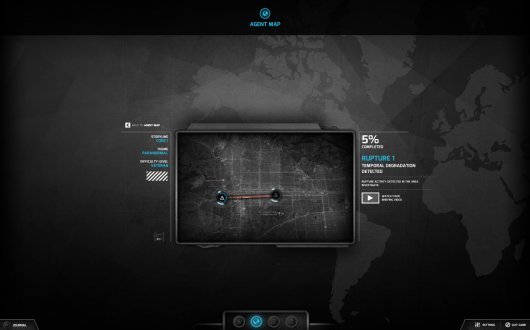 My biggest issue with this campaign is that it is locked up as paid DLC behind the initial purchase of the first season, even though you can play them in any order you wish once purchased. While the exploration of Msika’s fate makes Mother Russia tailor-made for die-hard Black Watchmen fans, the shorter play time, relatively self-contained mission storyline, and budget price make it a perfect introduction to the series for players unsure of whether they would like the full experience. Making the client itself free and all of the content, including the first season, available as paid DLC would solve this problem, and cast a net over an even wider player-base. That said, these gripes don’t affect the game itself.

Overall, Mother Russia succeeds in providing another quality, albeit shorter, outing for Black Watchmen fans, with the most tightly-focused storyline seen so far providing context for its five missions. While the breadth of knowledge required to solve puzzles in the full seasons has been filed down to one specific area of interest this time around, the exploration of the Black Watchmen Agency’s history through the hefty Msika Archive provides long-time fans with a wealth of material to absorb, despite being somewhat confusing for players unfamiliar with the characters involved. Alice & Smith seems to be gradually refining the experience as they go, so it will be interesting to see how the next mini-campaign shapes up. And if the current sales model is refined to allow reluctant players to purchase these shorter campaigns independent of the full experience, perhaps we’ll see even more players join the ranks of The Black Watchmen in the future.

If you’re already a fan of The Black Watchmen’s research-heavy, reality-bending puzzles and gameplay, you’ll love what you find in this budget-priced, bite-size installment of the Alternate Reality Gaming occult thriller. But those still sitting on the fence won’t discover what all the fuss is about without buying into the full first-season experience.

GAME INFO The Black Watchmen: Season 1 is an adventure game by Alice & Smith released in 2015 for Mac and PC. It has a Illustrated realism, Live Action style, presented in Illustrated text and is played in a First-Person perspective. You can download The Black Watchmen: Season 1 from: We get a small commission from any game you buy through these links.
The Good:
The Bad:
The Good:
The Bad:

What our readers think of The Black Watchmen: Mother Russia (DLC)