The Farm: Episode One review

We get a small commission from any books sold.
All Bitmap Books
Written by
Stuart Young — October 17, 2007

The Farm begins with a short FMV sequence. The camera pulls back through grim, futuristic skyscrapers, emblazoned with flashing images and cheery advertisements. We see into one of the rooms: an obese man lies sleeping on a bed. An ominous van drives up outside, and a trio of marching, masked soldiers with "NHS" stamped on their chest plates and a vaguely fascist emblem engraved on their helmets, forcibly enter. Waking up, our overweight protagonist, whom we later discover is called "Noiname", finds himself in a darkened cell.

The introduction typifies several aspects of this unusual production: a preoccupation with the strange and the surreal (one of the background compositions is named, tellingly, “Lynchesque.mp3”), an engaging graphical style, somewhat reminiscent of cult favourite The Dark Eye, and an impressively high level of professionalism for an Underground game.

The premise of a man rounded up by the National Health Service for being overweight and transported to a bizarre fat camp (the eponymous "Farm") sounds like satire, but this is more an act of misdirection than anything else. The game's surreal plot unfolds over one to two hours, and only gets stranger as you explore the facility further. Expect to encounter a weightlifter who collects multi-coloured pickles, talking washing machines and NHS-brand cigarettes. In one particularly inspired bit of fourth-wall breaking, a sedentary jazz-man demands you play him some music, but you'll be startled at precisely how he wants you to do it. 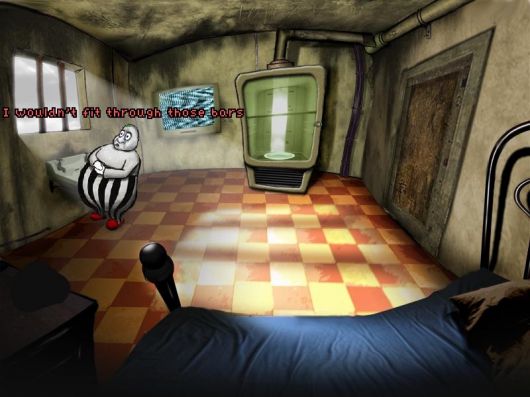 The absurd plot, often a crutch for no-budget or "arty" games, is actually complemented here by the visual style. The graphics are composed of humorous, hand-drawn characters placed on backgrounds of composite, collage-like images created from multiple drawings and photographs. The game pushes the AGS engine to its limits, with a relatively high screen resolution, large sprites, and frequent video sequences. The longest of these caused some stuttering when I ran the cutscenes in-game, although this problem can be sidestepped by viewing the source files outside of the game. The cinematics are clever examples of how to look cool on a shoestring: a mixture of a little 3D work, corner-cutting animation and stills, and even a dash of live action.

Thankfully, the music and sound are on par with the graphics. From the slightly melancholy, silent film-style piano melody of the credit sequence to a pleasant jazzy piece, the soundtrack always sounds appropriate to the settings and does the job well. The Farm also features voice acting that's every bit as strange as the game's plot. It was nice to hear a wide range of different vocalisations for the characters; the lead is especially good, with an oddly haughty, almost pedantic-sounding tone with subtly played notes of pathos and despair. The other characters are more generic and clichéd, but deftly handled. The voice acting really adds to the often bizarre script, and is particularly remarkable for an Underground adventure.

The Farm may look and sound good, but is it any fun to play? The answer really depends on where you stand on the skewed logic of many of this game's mainly inventory-based puzzles. Most of the conundrums have sensible or at least cartoon-logical solutions, but at a few places you may find yourself resorting to trying everything on everything. Luckily, the moderate number of screens and hotspots accessible at any time means this is no great chore, and the game ends up being as easy, and slightly shorter than, the recent Sam & Max episodes. I would have been more unhappy with some of the puzzles had the game itself not been so offbeat; again, surrealism does provide a bit of a get-out-clause for developers, but this game is easy enough and generally intuitive enough for the occasional obtuse puzzle to be forgiven by most players. 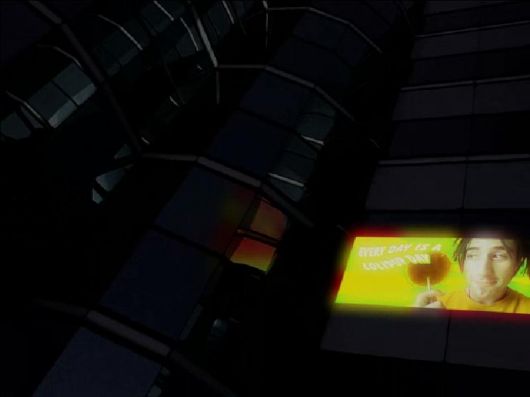 The interface uses a largely straightforward point-and-click model. There is one twist, however, which may divide players: the keyboard must be used in conjunction with the mouse to select between interacting, looking and talking. I found this quick and simple to use, but some may dislike the lack of mouse-only controls. Another point that will put off those on low-speed internet connections is the game’s download size of over 100 MB, due mainly to the videos. There's also occasionally a bit of bad spelling and grammar, which is unfortunately a bit of a hallmark for Underground adventures.

The Farm is a free and pretty entertaining hour or so of adventuring, which will impress most with its creativity and production values. It isn't, however, for everyone. The surrealist bent may well put players off, but it is well made and impressively accomplished, so much so that it rarely feels like oddness for the sake of being odd. This is not a mess of random elements cobbled together; it's clear that a good deal of thought has gone into it. 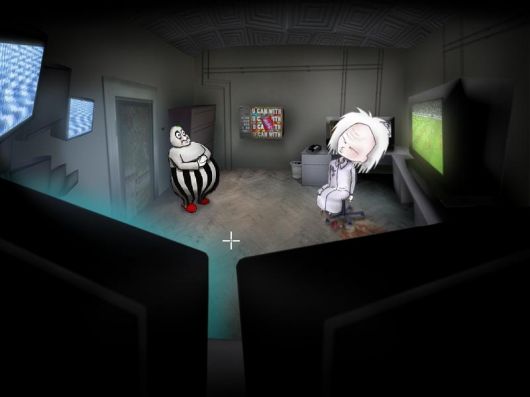 Despite being billed as "Episode One", there’s no guarantee that any more episodes will be produced, as the game's multi-hatted producer, Benedict Webb, designed it as a student project. This would be a shame, however, because the ending of the game hints at something much larger being planned, and it's a strong debut, so hopefully Webb will see fit to continue the story of the hapless Noiname throughout future episodes.

The Farm: Episode One can be downloaded through the AGS website.

What our readers think of The Farm: Episode One