The Adventures of Jack Phoenix: The Fall of the Deities

We get a small commission from any books sold.
All Bitmap Books
Written by
Tom King — December 27, 2002

From a game with a box tagline that reads “You’ve never played anything like this before”, comes something decidedly different. Not even halfway through Full Moon in San Francisco, a new independent adventure from Alternative Games, I suddenly realized that I had…never played anything like this before. This is not really a great achievement of originality, but more like a bucket of mixed nuts (the kind where you end up with a handful of brazil nuts and two cashews) from which you don’t know what exotic legume will next emerge between forefinger and thumb. Yes, a legume is a bean. See what I mean! What variety!

FMISF features puzzles that are of medium to high difficulty, and a mix of cartoonish hand and line-art, and 3D backgrounds. Graphics and storyline notwithstanding, ‘departure’ would be the most apt description for this game.

You play a PI wannabe who receives a tentative assignment from a PI firm, Copper & McIntosh. An old lady, stolen painting and some beheadings later, your game is just beginning. The game features a syrup-thick plot full of zany characters, happenstances and the advent of "Full Moon Action" sequences, from which you will most likely never fully recover. These actions occur when you see the full moon icon appear over an action hotspot--so go ahead and click, if you dare. 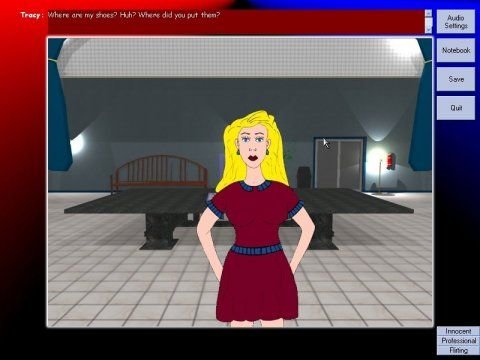 While FMISF defies description as much as it does a stereotype, it does succeed in blurring the lines, at least to some degree, between amateur and professionally developed adventure games. It is, at its humorously convoluted heart, a pure point & click adventure, with a simple, pleasing interface. First-person is your perspective, and you have a pop-up menu (main) at the bottom of your screen and a pop-up inventory on your right. Another nicety is the big ‘G’ (Goal) on the main menu. Need a little help? Click on it for your next mission/hint.

I like the addition of an RPG-like element that I wish more adventure games would implement: you get to name your character, add or subtract to certain abilities, and you can choose a pet. This pet seems like a fun concept, and it does come up with some randomized quips at the top of your screen--you can, however, banish your pet to the virtual shed and disable this feature

FMISF provides a good twelve or more hours of game play, more if you explore what it calls a "Spider System" dialogue that adds a great deal of replay value, as your questions will often net different results each time you play. 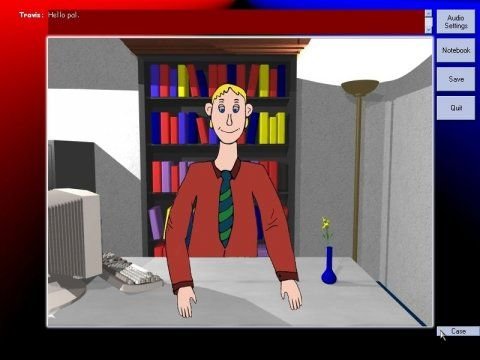 The soundtrack in FMISF is downplayed and for some reason, very funny. Not circus calliope funny, but it just fits with the setting: sort of jazzy and bereft of purpose, yet somehow it works. The voice acting is equally over-the-top and underwhelming. I’m sure this is part of the gag that is FMISF, and as such induces the appropriate gag-reflex. My favorite is the Showerman. Be afraid. Be very afraid. It’s the first time game dialogue has made me burst into spontaneous laughter for no apparent reason.

In a legumeshell, this is a fairly big game that promises an even zanier sequel. It’s great to see independent studios working on projects like this--though you may wish to support their endeavors for that reason alone, make no mistake, Full Moon in San Francisco stands on its own merits as a fun, quirky adventure whose humor and story will hit most of the targets it aims for.

A funny (keyword "fun") game that features loads of characters, puzzles, and a quirky good time.

GAME INFO Full Moon in San Francisco is an adventure game by Alternative Games released in 2002 for PC. It has a Stylized art style and is played in a First-Person perspective.