Review for 7 Days a Skeptic

Only two things in life are inevitable: death and taxation. To this often-quoted phrase, I would like to propose the addition of a third inevitability: sequels.

7 Days a Skeptic is Ben "Yahtzee" Croshaw's follow-up to his own successful 5 Days a Stranger - a horror game that scooped a large proportion of the 2003 AGS Awards, and thus paved the way for this inevitable sequel. However, rather than simply giving gamers more of the same, Yahtzee transplants the ideas behind the original into a wholly new setting.

Set nearly four hundred years after the events of the original game, 7 Days puts the player in the shoes of Dr. Jonathan Somerset, counsellor on board the spaceship Mephistopheles. Upon discovering an unknown artifact floating in deep space, the plucky crew brings the questionable item onboard. Seven days of murder - and puzzles - naturally follow. 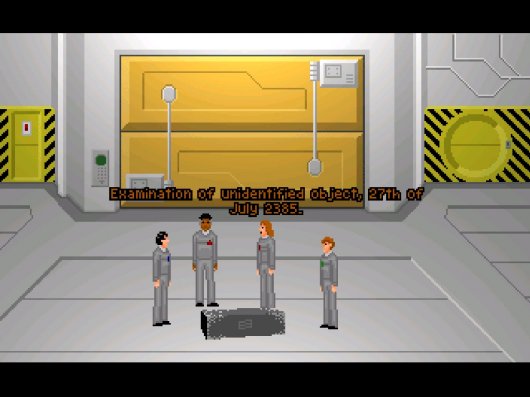 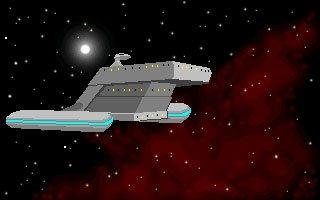 By altering the setting as he has, even to a slightly clichéd one, Yahtzee has managed to breathe new life into his original idea. This is a good thing, and it is particularly satisfying when one realises that events of the game often parallel those of the previous entry in the series. Overall, the story manages to be engaging with the obligatory quirky characters that Yahtzee handles so well.

The dialogue is also handled well. While it doesn't deviate from the tried-and-tested formula of picking from a list of dialog-choices, many of the lines are amusing (I particularly liked counselling the other characters), and they are consistent in terms of characterisation. 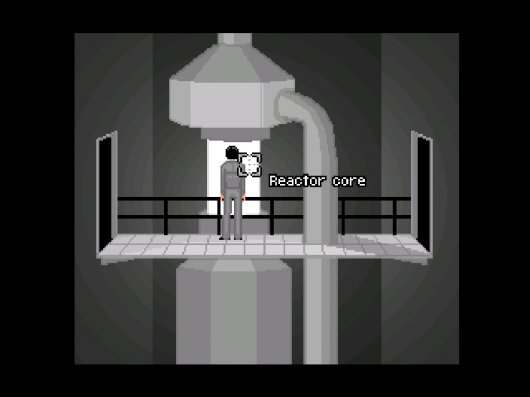 In terms of graphics, 7 Days manages to do very well. While one would be hard-pressed to describe the game as beautiful, the graphics do represent the locations nicely. The small rooms, contained in the centre of an otherwise dark screen, are a particularly good example of how Yahtzee succeeds in creating effect (in this case, a claustrophobic feeling) without needing to employ the services of a dedicated artist. The sound, too, is solid. Though the music is limited, having been saved mainly for tension-building scenes, the game does contain many sound effects which are very effective (particularly the sound of the main character breathing over a deathly silence when outside the ship).

So far, so prizeworthy. Indeed, if the above criteria were all that were important, this game would be a hot tip for this year's numerous awards ceremonies. It probably still is. However, several notable flaws mar an otherwise highly enjoyable game.

First, the interface. Though an improvement over the one featured in 5 Days a Stranger, it still doesn't quite work. An inability to examine inventory items is particularly annoying. This raises the question of why Yahtzee felt the need to tinker with it in the first place. Still, it does the job. (ed. note: We have been informed since writing this review that it is, in fact, possible to examine inventory items by right-clicking on them. Our apologies for any misunderstanding.) 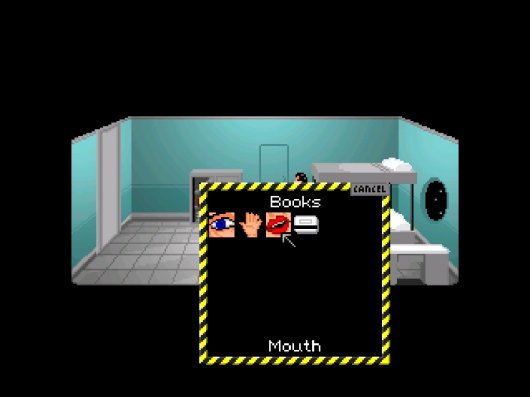 There are also several problems with the plot. Just why, for example, would a ship possess an escape pod that required twenty-four hours to prepare for use? There also seems to be an unusual, and uncharacteristic sense of rush in the final stages of the game. One day, notably, takes just a minute or two to complete. The ending, complete with obligatory plot twist, is also short, and leaves one wondering why the change was attempted. Even the title raises design questions. In 5 Days a Stranger the main character, Trilby, was at least an outcast from the group and therefore a "stranger", but in 7 Days the main character never comes across as being particularly skeptical. 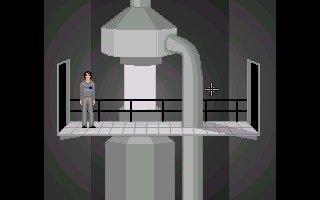 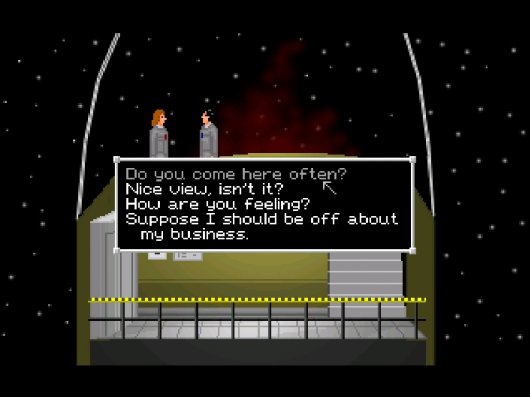 Even less excusable are the problems with the game mechanics. One puzzle requires the player to hide behind a specific object. However, you are not able to hide behind other, more suitable, objects, and no indication is given that the gameplay mechanics will even allow the solution in the first place. Adventure games normally feature extremely restrictive gameplay, and to break these rules without warning just creates frustration.

Not as much frustration, though, as a horribly executed sequence towards the end. Armed with only a short-time stun gun (with, you guessed it, limited ammo), the player is required to perform several activities around the ship while being pursued by a killer. A killer who appears at random. And, indeed, often on top of you. This, in my opinion, is one of the cardinal sins of adventure game design; up there with mazes and sneaking sections, random enemy appearances should be avoided at all costs, as they are normally badly handled. Sierra's AGI games were notable culprits when it came to instant and unavoidable deaths, but even they learnt to prevent enemies appearing right next to the player character. The fact that this particular problem could easily have been easily solved during 7 Day's production leaves a particularly sour taste - there really is no excuse for shoddy coding.

I enjoyed playing 7 Days a Skeptic. In fact, I wanted to love it – to be able to lavish the same praise upon it as I lavish upon Rob Blanc 3 and, indeed, 5 Days a Stanger. But, in the end, 7 Days features enough problems to surely test your patience. There are plenty of good things here, but they are often spoilt by bad execution. Despite these criticisms, 7 Days a Skeptic is bound to successful. I wouldn't even be surprised if Yahtzee chooses to make 9 Days a Sleuther or some other sequel to create a trilogy. But he should take more care if he does, because one can only overlook these kinds of design problems for so long.