Discworld Noir is the third adventure based on Terry Pratchett's legendary fantasy/comedy novels. It’s the successor to Discworld and Discworld II: Missing Presumed...!? (known as Discworld II: Mortality Bytes! in the US), but this time the story does not center around the wizard Rincewind. Discworld Noir follows the life of Lewton, Discworld's first private investigator, which brings a new style of gameplay to the series. Whereas the puzzles in the previous games were highly object-based, playing Discworld Noir largely involves accumulating clues from other characters. Clues can be manipulated in much the same way as you would use an object inventory. New clues are automatically added to Lewton’s notepad and are available in the game at any time.

At the start of Discworld Noir, Lewton is broke due to a severe drinking problem, has no case to work on and is spending most of his time wondering around through the dark, cold streets. Things take an unexpected turn when the mysterious Carlotta appears on stage. She needs Lewton to find a person named Mundy, and promises to pay generously if he can track him down. From this moment on, Lewton is gradually pulled into different other cases. It's up to the player to find out how all the characters and events are connected, and solve the all-embracing mystery.

Even though Discworld Noir stays very true to the oddity of the original fantasy books, it is also different in many ways. Discworld Noir has more in common with the later, much darker, Discworld novels. Whereas the previous Discworld games were slapstick comedies, Discworld Noir's jokes are more dry and sarcastic. 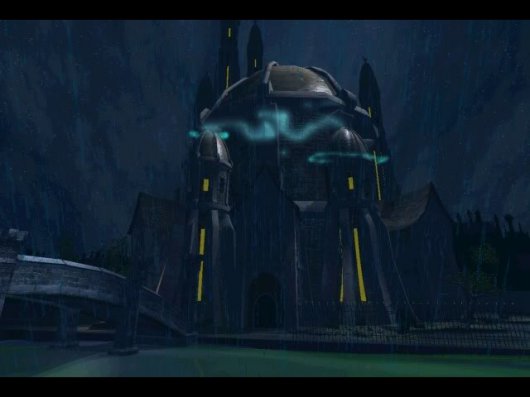 As the title of this game implies, Discworld Noir is heavily inspired by film noir. The city of Ankh-Morpork has been transformed into a perfect noir-setting: it's raining, everything is dark and gloomy, and murder is in the air. But what would a noir story be without the stereotypical Socially Alienated Protagonist™? Lewton is an excellent parody of the hardboiled anti-social loners of Film Noir—he regularly complains about his job, the city he lives in and (of course) the girl he lost. It almost goes without mention that, yes, there is also a femme fatale. But it wouldn't be Discworld if there wasn’t also a troll with a one-track mind (and dialogue) who is making demands, and a dwarf with a large axe who wants you to drop the case.

Discworld Noir is a great game, but it falls a bit short in two areas. Firstly, the character animation is not all it could have been. While none of it is nefariously bad, many characters are sorely lacking in expression. The 3D models move awkwardly and show very few facial gestures. Their stiffness makes them look more like lifeless muppets in appearance, instead of real people we should care about (or trolls, dwarves, werewolves, banshees, gnolls, fairies and vampires, just for the sake of political correctness).

Secondly, the voice acting is a real problem, despite the involvement of several well-known British actors. The voices sound almost artificial, which can perhaps be attributed to some bad mixing of the separate sound files. All the voices have been done by just four actors, so that may have something to do with it as well. There is very little variation between the different characters. The voices are simply no good, and that’s a shame, since a lot of the dialogue relies on how its delivered by the actors. 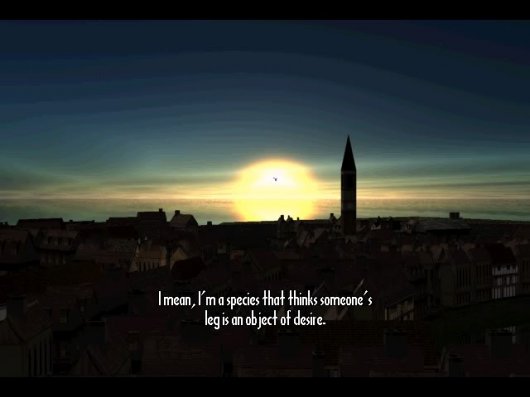 On the other hand, the pre-rendered 3D backgrounds are just perfect, and the lightning and rain effects truly add to the atmosphere. Putting the emphasis on detective work is a big departure from the first two Discworld games, and it works very well. The few inventory puzzles that are in the game are logical and non-frustrating. A crowbar is used to crack open doors, not to separate an old piece of chewing gum from the floor (Day of the Tentacle, anyone?).

If you are a fan of detective adventures, this should be a game for you. The British humor might be a special consideration for some though—if you're not sure if you'll like it, you might want to sample the books first. Imperfections aside, Discworld Noir is a high quality title with a strong story and a cinematic touch, and should appeal to Discworld fans, film noir fans and adventure gamers alike.

Discworld Noir is available at:

A must-have for anyone who likes detective adventures.

GAME INFO Discworld Noir is an adventure game by Perfect 10 Productions released in 1999 for PC and Retro. It has a Stylized art style, presented in 2D or 2.5D and is played in a Third-Person perspective.