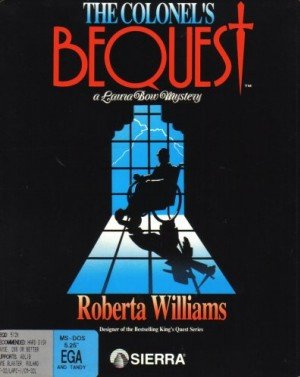 Roberta Williams was always one for breaking new grounds and making what others thought impossible. In 1989, her new challenge was to make a detective game. That didn't seem like an easy task, since you couldn't really see how your average adventure gamer who doesn't have the intelligence of Sherlock Holmes or Hercule Poirot could enjoy trying to solve a mystery worthy of Sir Arthur Conan Doyle or Agatha Christie. One way to do that would have been to make solving the mystery much like another adventure game, with a bit of conversation, room searching and puzzles allowing you to follow a trail, and this concept has been explored rather successfully since then by games such as the Tex Murphy series or the Lost Files of Sherlock Holmes games. But that's not what Mrs. Williams wanted: she wanted a mystery set in a closed space, during a short time-frame, with few characters that you would have to question, follow, etc. Oh, and while she was at it, she also wanted the game to be non-linear... That may seem difficult, but, unsurprisingly enough, being the talented game designer she was, Roberta Williams succeeded in making the game she envisioned: The Colonel's Bequest.

It's obvious that, busy as she was with the design and gameplay, Roberta Williams didn't spend too much time reflecting on the overall plot. It is reminiscent of several detective stories and certainly would have been better with a bit more originality. The story is set in the roaring '20s in New Orleans, and you play Laura Bow, a student of journalism. Laura is invited by her friend Lillian to a family reunion at Lillian’s uncle's estate, a gloomy mansion in the heart of the bayou. Naturally, Colonel Dijon (Lillian's uncle) wants to speak about his will; naturally, the family starts fighting over the colonel's considerable wealth; and, naturally, Laura starts finding a few dead bodies here and there. What's more, soon after she's found a body, it disappears. Therefore, being the only one to know that something is wrong, Laura must solve the murders on her own, before others die and before she gets killed.

Much like the plot, the game characters may not be overly original, ranging from the French tart to the sneaky attorney. Yet, they are quite interestingly developped and, as the night unfolds, you'll learn more about them. Their reactions to the ever-increasing emptiness of the house also help set the mood and increase the game tension as time goes by and murders accumulate. This is a good thing, since time is an important part of the game; the story is divided in eight one-hour-long acts, each being made of four parts. Time moves forward in fifteen-minute increments when you reach important points in the story, mostly when you witness important scenes. Characters have their own agendas and, while they remain mostly in the same place during each act, each new act usually begins with finding where everybody is (that is, everybody still alive, as well as any person who might have died at the end of the previous act). Characters move in a consistent way and you can actually keep track of them, which will help you to discover what they're up to (apart from the murderer(s): people seem to die instantly and bodies seem to move magically. Oh well, I guess it would somehow spoil the game if you could stumble upon the murderer dragging a body in the garden...). 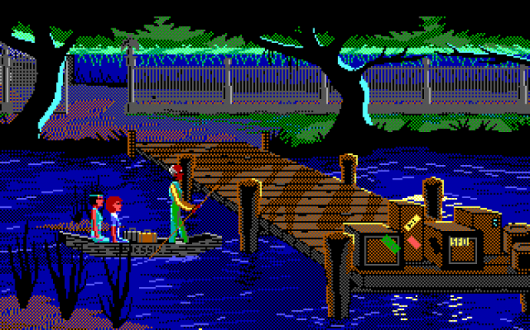 This time-advancement system means that you may have been in the right places and have caused the clock to move forward, and yet have missed much of the story. Still, that is not frustrating as it doesn't prevent you from finishing the game. At the end of the story, you can read Laura's notebook, where the game fills in what you have found on various topics (such as "people romantically involved" or "objects which changed location") and points out what is missing. This is used to calculate your final score; the game also gives you the option to read some well-made hints to help you find the missing clues when you play again. I really liked this system, as, instead of telling you "You haven't understood anything. You've lost, please restart the game", it gives you the satisfaction of having completed the game, yet makes you want to have another try. And yet, you'll still probably miss a few things the second time around, and the third and fourth as well (I had to play the game about half a dozen times to reach the perfect score, and I still discover new things each time I play it, as it is extremely rich).

Technically speaking, this is your typical SCI0 game, with EGA graphics, early MIDI music and the usual part-mouse part-keyboard interface. The soundtrack is very good, with some nice 1920s-like music, as well as a few darker themes. As usual, the lucky owners of an MT-32 module will have the best sound, both in terms of music and sound effects; they'll hear the wind howling, toads croaking, and thunder rumbling, which may make them think twice before stepping out of the house.

I know some people may have stopped reading when they understood the game required them to type, but the interface is actually quite all right. The long room descriptions and the ability to look at things by right-clicking on them ensures that you always know what might be important, and how the game expects you to refer to it. Furthermore, there are some very practical shortcuts for some usual commands, such as "look at", "ask about", "show", etc. 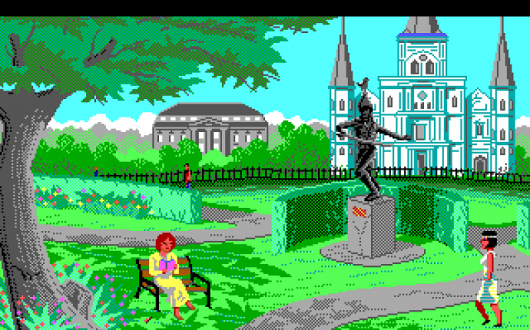 Don't worry too much about the "ask about" command, though. While many detective games made the mistake of relying too heavily on eventually tedious conversations (Cruise for a Corpse, for instance), The Colonel's Bequest has many ways to gather clues. Laura will have to spy on people using the mansion's numerous secret passages, compare fingerprints and footprints, search rooms, take note of people's perfume and smoking habits, follow characters, inspect items and bodies, as well as interact with the colonel's three animals in order to solve the mystery. As a matter of fact, to reach the perfect score, you need only ask one question. Still, you should spend some time talking with the characters, if only to learn more about them and to read some rather intelligently written dialogue (it may not be up to Christy Marx's or Jane Jensen's standards, but it's definitely the best dialogue Roberta Williams wrote for a computer game).

But The Colonel's Bequest is not only a murder mystery. In the course of your investigations, you may also stumble upon old documents that will send you scouring the plantation on a decades-old treasure hunt. That part of the game is closer to the usual adventure puzzles and is very fun, especially as it may be done almost independently of the game's main story. While it eventually reveals a rather unexpected element of the main plot, you can finish the game without having even realized that this treasure hunt existed. I found that to be a very nice touch to an already very enjoyable game. 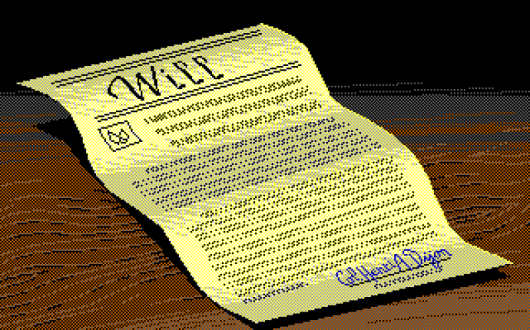 A word of warning, though: save early and save often, as you will probably die dozens of times during the game, especially when you least expect it. I know many people might dislike that, and I certainly used to; I'm not so sure now. It certainly helps in building tension, which is a good thing in a detective game. And, now that I know the game well, I quite enjoy the witty death messages, and finding a new one is always a pleasure. Anyway, save often, and everything should be fine.

Roberta Williams did not only succeed in making the rather unique game she had envisioned, she succeeded in designing an excellent game, a game that will keep you guessing and wanting to discover more, without ever being frustrating even if you don't have Hercule Poirot's brain cells. The plot may seem a little simple, but that actually allows you to investigate little details and to keep trying to find more as you play the game again. With The Colonel's Bequest, Roberta Williams showed (again) that she was a master game designer, writing one of the very few good detective games in this mold. As a matter of fact, the only two others I can think of are The Last Express and Gabriel Knight 3. So if you liked either of those, you just have to play The Colonel's Bequest. Once you get used to the rather dated look and feel, and remember to save a lot, you'll certainly grow very fond of it.

The Colonel’s Bequest is available at:

One of the few really good games of this kind.

GAME INFO The Colonel’s Bequest is an adventure game by Sierra On-Line released in 1989 for PC and Retro. It has a Illustrated realism style, presented in 2D or 2.5D and is played in a Third-Person perspective. 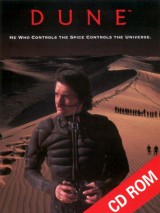 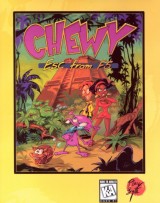