Silent Footsteps is a whodunit by a new indie developer, Frostlind Games, heavily inspired by MDNA’s Carol Reed adventures and featuring a brand new detective named Rebecca Carlson. Rebecca is an accidental sleuth, pulled into a series of quandaries when her friend Nikki Finn dies suddenly. Nikki leaves Rebecca the keys to her apartment, as well as a message to follow in her footsteps. What this means exactly, and how it relates to a recent unsolved crime, becomes clear as Rebecca follows a provocative pathway of clues through the scenic, sometimes pleasingly grungy Swedish countryside. Though this initial entry in what looks to be a promising series is not as long or deep as the later Carol Reed mysteries, it’s tasty enough to make players eager to come back for more.

If you’ve played any of MDNA's games, you will have a good idea of what to expect visually: a variety of locales based on lovely still photographs in a slideshow-style presentation. Silent Footsteps takes you on a non-animated journey through Nordic landscapes and townscapes. You’ll visit enticing parks and nature walks, apartment interiors (from stark to cluttered), an abandoned factory decked out with graffiti, a vehicle junkyard, a library, and a cemetery. One dreamlike sequence takes place deep within an eerie mist. The environments in the earliest Carol Reed games featured a painterly, watercolor-wash style (though that series has since transitioned to purely photorealistic images). Silent Footsteps treats its photos with a more textured brushstroke effect , which I think adds a piquant zest to the graphics. Though all the locations are fun to explore, some consist of a mere handful of photographs, making them unexpectedly cramped and leaving me longing for more.

Instrumental music adds significantly to the atmosphere. It’s sometimes lyrical and charming, sometimes dark and threatening, and occasionally jazzy and funky. The backdrops are also spiced up by twittering birdsong, the murmur of water in a fountain or stream, and the in-town chatter of voices backed by the sounds of traffic. 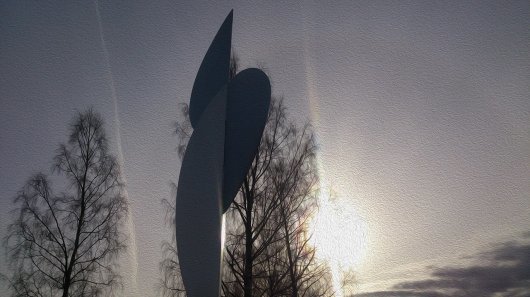 Most of the mystery focuses on what was happening to Nikki, a famous local author and philanthropist who stumbled across an unsolved crime, set about trying to crack it, and then was found dead at the scene of a car accident. Nikki left clues for Rebecca to follow, hoping that her clever, persistent friend might be able to uncover the truth. Though plot points are recounted in conversations with others, the story also unfolds through pithy notes and articles discovered as you probe the locales, and via various puzzle solutions. It’s not particularly intricate or twisty, but the mystery is beguiling enough to keep you hot on the trail.

Designer Kim Frostlind, as Rebecca Carlson, narrates the game with a deep, expressive voice complete with Swedish accent, which provides an intriguing contrast to Carol Reed’s familiar British tones. Rebecca takes on the role of detective with surprising courage and aplomb – though, frustratingly, we never learn much about her personal background. The other individuals you encounter tend to be quirky, less than helpful, and faintly suspicious – including whimsical oddballs who pop in (with no real explanation as to why) from a dream-like dimension. The supporting cast all hail from Nikki’s past and are presented through single photographs of real-life people. You get a sense of their identities, but without even any simulated movement to denote changes in mood and expression, and since you converse with them only briefly, they remain rather one-dimensional. These characters are voiced adequately, if not brilliantly.

Also like its inspiration, Silent Footsteps uses a simple point-and-click interface, with a smart cursor showing interactive objects and available directions to move. Pressing the spacebar shows all hotspots. The inventory is at the top of the screen, along with a notebook that lists current objectives which, if clicked on, reveal a series of hints in case you are stuck. Exiting each location brings up a map that will take you to all other currently explorable scenes. 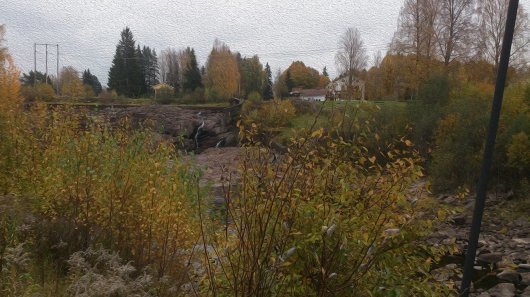 Following the inklings Nikki left for you means that you must master devices with enigmatic picture patterns and use objects like tools, the occasional toy, and even some goofy foodstuffs (sometimes after combining them with other items). Bizarre signposts, often in public places, draw you further along this perplexing journey. Be sure to pay attention to anything creatively out of the ordinary, such as hand-drawn letters on placards, color sequences on boxes, and symbols on stones – plus it never hurts to search the turf for hidden instructions. Puzzles are mostly traditional adventure game fare, solved in a fairly linear fashion, and are on the easy-to-medium side, so they usually won’t slow you up for too long. New areas to explore present themselves rapidly, so the game’s pace is brisk and rewarding.

The mystery comes to a satisfactory, if trifling abrupt end after nearly five hours. The story behind what happened to Nikki (as well as what’s going on with those odd fantasy interruptions) isn’t completely explained, however, leaving room for further Rebecca Carlson adventures in the future. In this debut outing, similarities to the Carol Reed adventures – charming photographic environments in a Swedish setting, pattern- and device- based puzzles, a clean interface with available hints – is a plus in that fans of MDNA’s games will enter this gameworld seamlessly, already knowing how to interact and explore and what sort of conundrums to expect. The downside of so many similarities is that you’ll inevitably compare the experience to Carol’s mysteries, which have had thirteen iterations in which to polish up likeable characters, intricate plots, and expansive locales. Silent Footsteps, though quite enjoyable, is shorter and less complex than its progenitors. Still, I’m well and truly hooked and enough remains ambiguous that I’m extremely curious about what the next game will reveal.

An intriguing first attempt at a gumshoe adventure modeled on the Carol Reed footprint. First-person mystery fans and Carol devotees should definitely give Silent Footsteps a go.

GAME INFO Silent Footsteps is an adventure game by Frostlind Games released in 2017 for PC. It has a Photographic style, presented in Slideshow and is played in a First-Person perspective.

What our readers think of Silent Footsteps 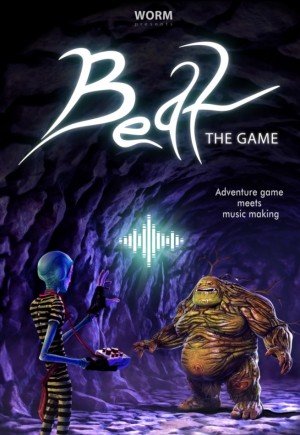