We get a small commission from any books sold.
All Bitmap Books
Written by
Steven Watson — April 13, 2016

Everybody is fascinated by dreams. Some are eager to share them and to grapple with subliminal meanings. Often we want to go back into our dreams, to experience again that fantastical world so unlike real life. Video games would naturally seem like the perfect medium to consciously experience the realm of subconscious imagination. However, Rememoried, with its hollow abstract world and frustrating gameplay, suggests that maybe some dreams are best left alone.

In this surreal first-person exploration game, you walk and jump your way (via either keyboard and mouse or controller) through level after 3D level – each an unexplained dream – while solving a series of basic platforming challenges along the way. The core gameplay mechanic is admittedly quite ingenious: whenever you look away from your current view, the landscape changes behind you. You can repeat this infinitely; each time the world will randomly change, usually in relation to the current objective. Divert your gaze and boulders may reorganise themselves for you to climb upon, trees may suddenly become colourful, a new object may inexplicably pop into existence. You are ‘forgetting’ what you just saw, so that when looking back, the scene has been ‘rememoried’, an idea fitting to a world of dreams.

The possibilities for such a premise should be excitingly endless. Unfortunately, the game never uses this novel idea in an intelligent way. The level design is uninspired, always relying on the same gimmick: look away and look back, so that a new platform to jump to has come into existence, or a new glowing object has appeared for you to walk towards. In the end the gameplay is reduced to mundane repetition, defeating any enthusiasm one might have initially felt over the novel gameplay conceit. 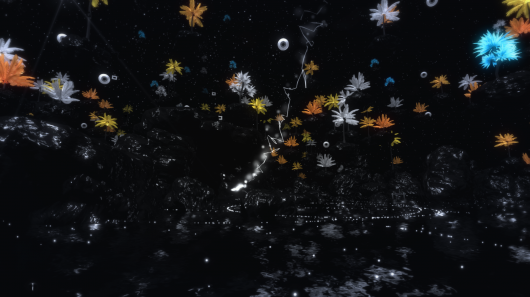 To add to the frustration, you start out clueless, with neither introduction nor tutorial. The core mechanic is quickly grasped, but what on earth you’re supposed to do with it is not. Often you’ll turn round and notice the landscape has been altered, but there’s no suggestion of what you’re trying to find. In the first level, I ended up stumbling unintentionally by a shrouded figure and found myself somehow transported to the next level.

What’s worse, when you actually do know what needs to be accomplished, the platforming element can be absolutely torturous. Missing a single jump, you’ll either have to restart the level (and in some cases return to the previous level), or you’ll fall to the ground, landing right back where you started. This would be fine if the platforming elements were actually enjoyable, but sadly quite the opposite is true. On one level you must jump from one cog to another, turning your head like a frantic pigeon in order to get new cogs to appear. The line of cogs can’t be much fewer than a hundred in number; one slip and you’ll be sent back to the start.

Shifting environments could have formed the basis for some truly unique puzzles across multiple landscapes, but again Rememoried fails to capitalize. The extent to which there's anything resembling a 'puzzle' in the game, it's in turning round for the world to reshape itself, then looking back so that you can walk or jump across to the next level. There are no levers or buttons to operate, no way to manipulate the dream yourself. Indeed, there are no keyboard controls except for walking and jumping. 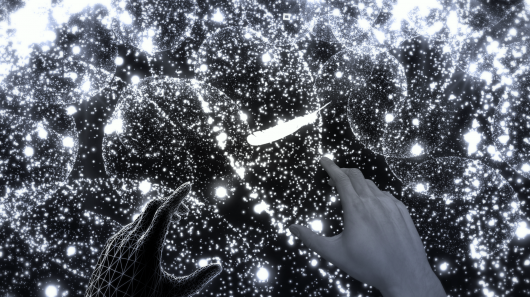 While clumsily working your way through these levels, two narrators – one male, one female, both voices embellished with a long, cheesy echo – will recite cryptic lines. These are sometimes hints supposed to help you progress, though they leave you no less confused. ‘My eyelids become curtains that hide unexpected discoveries beyond the borders,’ goes one such line that says far more than it in fact means. On other occasions the script is simply embarrassing: ‘I think stars are jewels of the rich, the rich in spirit.’

While Rememoried quickly stagnates with its gameplay, it tries to recapture interest with its visuals. They are quite arresting, a piercing white set against a deep black with the occasional oasis of colour, typically as part of an environmental obstacle. The landscape is an hallucinatory distortion of the real world, as if you were a robot dreaming. Recognisable forms of nature, such as mountains and rocks, are colourless and placed oddly with sofas, street lamps, and even decrepit Roman architecture. Objects apparently from space, be they ethereal anti-gravity bubbles or planets and their satellites, are also frequently thrown into the mix. These objects and your vision will often glitch, tearing across the landscape as if the game were about to crash. This hotchpotch design doesn’t have any deeper meaning, though. At best it’s quirky in its randomness; at worst it’s like a modder who, excited by all the possibilities, thoughtlessly threw together all the game objects he could find without rhyme or reason.

The sound design follows a similar trend. Musically, there is a blend of mainstream classical works and an ambient electronic score. In one level where the screen is divided up prettily like a kaleidoscope, you have to navigate your way to some unknown end point, darting your vision back and forth to ‘remember’ objects while “Moonlight Sonata” floats across the ether. As nice a piece of music as this is, there isn’t any suggestion of purpose. It implies a vague mood, something above this world, but there’s no story or message to give it power. In another level you hear, on repeat, the distorted recording of Neil Armstrong’s famous line, ‘one small step for man, one giant leap for mankind.’ Again, this is given no wider meaning or explanation in the context of these dreams. It feels as if, just as with the visuals, the developer mashed together various elements in order to give the appearance of something profound. 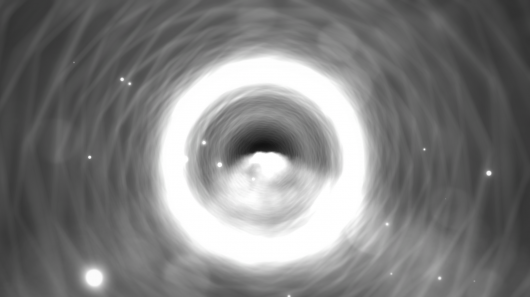 You may have noticed that I haven’t mentioned the story thus far. That’s because there isn’t one. Overcoming obstacles doesn’t culminate in any revelations. You don’t ever wake from this apparent dream-state. You aren’t even given subtle hints as to why these dreams matter. Nor is it ever explained who you, the player, are or why exactly it is you are dreaming these things. As the gameplay in Rememoried floundered, I was hoping for some sense of progress or meaning or story to draw me in, but found none. As with actual dreams, I’m certainly open to the game being left to interpretation, but at least with real life you’re drawing connections from a world of personal experience; here there’s nothing upon which to base any interpretation. It’s a bit like trying to understand Kubrick’s 2001: A Space Odyssey after seeing nothing more than the pyrotechnic light show.

Even for those who normally enjoy surreal experiences, it’s impossible to really recommend Rememoried. Were I not reviewing it, I would have quit early on in frustration. As it is, I spent nearly three hours on a single playthrough – time that could have been cut in half if the game had fewer poorly designed jumping levels. The notion of ‘remembering’ new environments is a clever gameplay mechanic, but nothing of significance is made of it beyond the initial novelty. The platforming is tedious and sometimes frustrating, none of the ‘puzzles’ require any actual thinking, and there is no overarching narrative to hold the game together. It looks and sounds good, but the result is something completely superficial: a flashy, almost ostentatious, visual feast with a clever idea but absolutely no substance.

What our readers think of Rememoried