We get a small commission from any books sold.
All Bitmap Books
Written by
Rob Franklin — November 13, 2015

Funcom’s The Secret World is an excellent game that I regularly rave about to anyone that will listen. In a sea of same-old fantasy MMOs, the game’s diverse modern fantasy/horror settings and heavy emphasis on puzzle-solving and story make it the thinking-gamer’s choice for that genre. Its best, most lucrative days may well be behind it now, but that doesn’t mean there aren’t more tales to be told in its richly imagined universe. Lead creative Joel Bylos, who took over the reins of The Secret World after Ragnar Tornquist chose to move to other projects, had implied that something different was coming, and the first such endeavour has now arrived in the form of The Park. Riding the trend of story-focused first-person horror adventures, The Park is a standalone spin-off that takes place within one of its predecessor’s playgrounds but strips away all combat and puzzles and multiplayer cooperation in favour of a purely narrative experience.

In fact, let’s get this established first: to even call The Park a “game” is a stretch. It feels more like the kind of thing created as an impressive tech demo. The graphics are great, but the gameplay is nearly non-existent and the length is little more than 90 minutes. That said, it does offer an intriguing plot to venture through that really shows off the kind of quality writing that has made The Secret World so much better and deeper than its contemporaries.

You play as a mum named Lorraine, who realises her son’s teddy has been left behind at the end of their day at the theme park. You pick up control almost immediately after a small cutscene setting the scene: Your son Callum is left sitting in the car as you make your way back to the ticket office to enquire about the bear. Unfortunately, Callum has ideas of his own, suddenly dashing back into the park after his toy, your only clue being the sound of the turnstiles and his chuckle as he re-enters. Of course, things take a turn for the wicked as you guide Lorraine back into the park to search for her son. Immediately when upon ascending the steps, day miraculously turns to night as the previously jolly exterior fades away behind you. 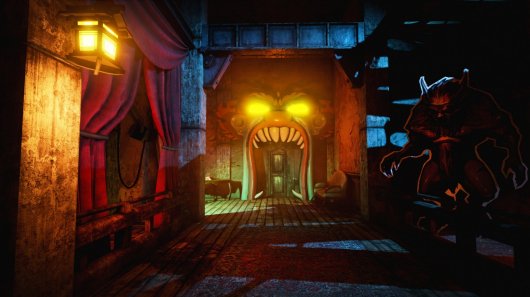 The game is set at the Atlantic Island Theme Park, which appears in the Savage Coast area of The Secret World. For any players of the parent game, you’ll be familiar with this park’s sordid past and acutely aware of it ominous appearance, since it’s one of the most strikingly sinister locations you'll visit. Lying abandoned in the heart of a New England town, the park crawls with all manner of monstrosities, and boasts a history chock full of murder, death and insanity. Some of this is explored in The Park’s story, though it doesn’t require any prior knowledge to enjoy on its own. 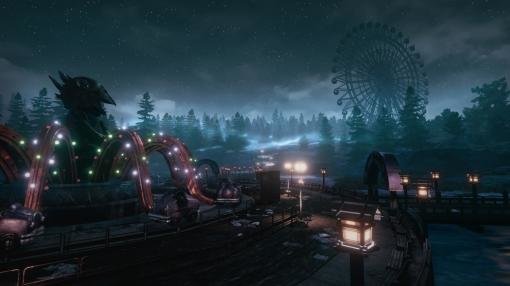 The map appearing on your right when you first enter hints at an open world to explore. This is not the case, however, as you will stick to a fixed path through the game’s full 3D environments, though you have free range of movement along the way. Rather inexplicably, Lorraine will stop at each ride she comes across to take a small jaunt before resuming her search. These rides are fixed-rail experiences that seem innocent at first but soon increase the sense of dread and throw in a couple of jump scares. 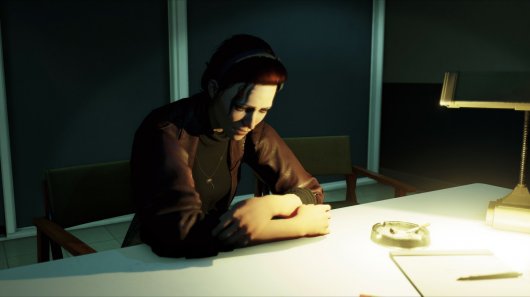 The park’s atmosphere is naturally dark, its design taken directly from the already creepy original and expanded to a much larger size, only this time around with the monsters and menace removed. But don’t be fooled by the absence of combat or ways to die: Disneyland this ain’t. Within the park the rides, once proud and teeming with activity, now lay empty, lit only by the moonlight creeping in over the surrounding mountains. The fully functioning tunnel of tales, bumper cars, and other sideshows all take on an ominous undertone in the midst of this deserted carnival. Even the park’s mascot Chip takes on a darker tone, his happy chipmunk face distorted by glowing red eyes, occasionally popping up in the distance to stare at you from afar. There’s little in the way of music, just the ambient sound effects of the rides and the odd punch of noise for a startling moment. The only other sound is limited to Lorraine’s inner monologues as she progresses, her thoughts getting more and more frantic. 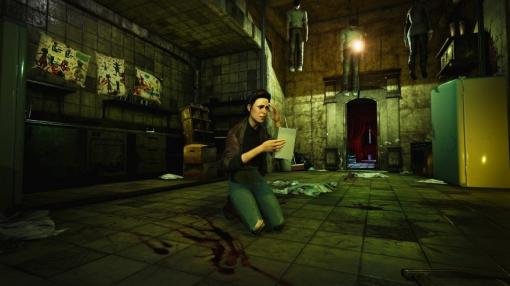 This is an experience game, like so many first-person horrors these days, so you’ll find there are no puzzles as such. Throughout your promenade around the park, the only action available besides walking and interacting with the occasional object is to call out to Callum, to which he will sometimes respond but is always just out of reach. The calling action also prompts a small on-screen hint towards a point of interest you can interact with. It’s a successful mechanic, thanks in no small part to the variety of dialogue that has been recorded for it – there’s no “Jason” issue from Heavy Rain here. Lorraine uses different calls that change tone as she becomes more desperate, almost pleading for Callum to come back to her.

Aside from doors, the limited interactive items take the form of newspaper clippings, notes and scrawlings that help flesh out the story. (Fans of The Secret World will enjoy familiar namechecks like Norma Creed and Nathaniel Winter, though newcomers won’t feel left out at all by their inclusion.) Whilst the lack of interactivity doesn’t make for much of a game, it nevertheless provides the framework for a very well-crafted and mature story that slowly reveals itself as you walk around. With none of the parent game’s actual danger, The Park’s horror instead has a psychological grounding, as elements in the environment seem to taunt Lorraine and her feelings of inadequacy as a mother. A particularly good example is the rollercoaster’s dips prompting flashes recalling a nightmarish version of Callum’s birth, with horrendous graffiti festooning the walls of the hospital. 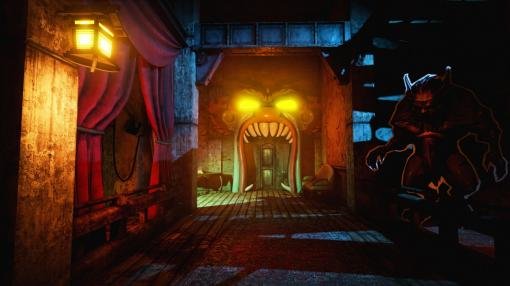 As one would expect from Funcom, the story is top notch. In dealing with adult themes like mental illness, death and despair, the game may not be to everyone’s taste but at no point does it push things too far. Lorraine is a well-conceived and troubled protagonist, giving the writers plenty of scope to explore her state of mind. The dialogue is fully voiced, with Lorraine narrating her explorations as a stream of consciousness along the way. Each ride makes her assess different aspects of her past and delve deeper into her relationship with her son. This is punctuated occasionally by a jump scare, but the game relies on very few of these to convey the horror.

What our readers think of The Park