Review for The Walking Dead: Season Two - Episode Five: No Going Back

We get a small commission from any books sold.
Written by
Reece Warrender — September 15, 2014

Amidst the fight for survival in The Walking Dead’s zombie apocalypse has been the more personal, and at times more perilous struggle for sanity as the stress of events takes its toll on a ragtag group of survivors. The final installment of Telltale’s second season, No Going Back, has a handful of potential conclusions – all equally traumatic for the young protagonist Clementine. Despite the grand, divergent finale, however, this episode spends too much time over-emphasising character relationships in a last-ditch attempt to build emotion for the payoff to come. This should have been established earlier in the season, as here it comes across as too little, too late. (Or perhaps too much, too late.) These forced moments of reflection cut into what would otherwise have been a stellar, if short, dramatic finale.

Continuing from where the last episode concluded, Clementine finds herself face down in the snow, having just reluctantly initiated a close quarters gunfight between her own group and a previously-unknown gang of hostile strangers. Dazed and confused, Clementine finds herself in the middle of the ensuing shootout alongside the newborn baby crying in the cold – as ever, the series pulls no punches when it comes to potential (or actual) victims.

This episode’s focus is on the emotional instability of the group. The undead walkers play only a small role, as the story revolves instead around the overwhelming anger and lack of trust each member holds for one another. The group travel further north into increasingly dangerous wintry conditions in search of supplies and shelter, before coming to a confrontational difference of opinion on how to proceed next, which diverts the game into one of five possible outcomes. 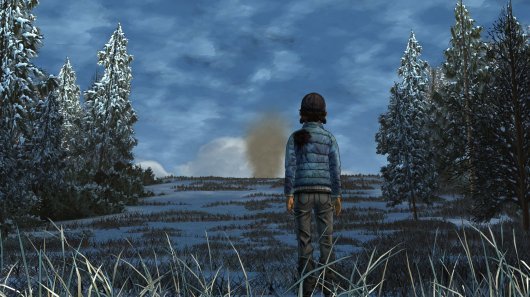 To an extent, No Going Back does what the second season to this point has largely failed to do in establishing a stronger connection between the cast members, who reminisce on their own personal backgrounds, just as Clementine does herself. Unfortunately, in doing so the episode spends too long attempting to drill home messages that are already established, as if they were too subtle to spot before. We’re already very aware that Jane relates her sister’s history with Clementine, that Kenny has been through a lot and is extremely unstable, and that everyone who knew Lee loved him and sorely misses him. Yet we’re told again and again here, via both one-on-one and group-based dialogues. All throughout the episode, quiet words are shared about the barbaric behaviour of Kenny or the lack of commitment from Jane.

Following the dramatic introduction, you work through a series of dialogue segments in an attempt to establish emotion and build anticipation for a rather obvious conclusion to come. This results in a story that feels artificial in its execution, with companions who had previously shared little with Clementine suddenly opening up, while others behave inconsistently with how they’ve been portrayed so far. Such erratic behavior has been apparent before, but it is particularly felt in the finale. A prime example is the frustrating bickering between Luke and Kenny, who seem to bash heads at every possible opportunity, ignoring all attempts at resolution. Kenny’s tendency to switch between an apologetic old friend and raving lunatic, and Luke’s frequent bad choices and childish behaviour contradict the characteristics established earlier, where both showed great maturity and the potential for selfless actions. Granted, some of this can be attributed to the added strain of a season’s worth of trauma, but the extremes seem too exaggerated to be believable.

These manufactured discrepancies result in less emotional impact rather than more, as was obviously intended. This isn’t helped by Clementine having little effect on the events that play out. Continually throughout the game, you’ll attempt to instill a sense of logic and calm in such conflicts, only to be completely ignored. Whether stepping between bickering opponents or sharing your thoughts on what the group should do, the scenes play out identically no matter what you do, with little in the way of even an illusion of influence. 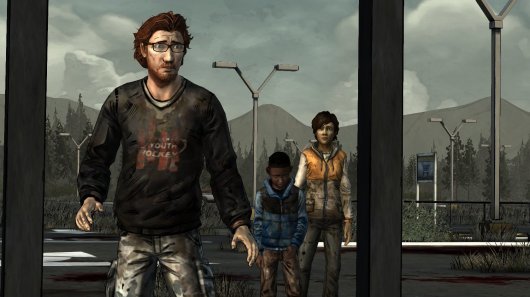 The emotional engagement – particularly in the memorable endgame – of the first season came from the relationships formed within the original cast, and the sacrifices made on the journey to rescue Clementine. Frequent acts of selflessness and compassion were heartwarming, eliciting a powerful sense of friendship and respect. That’s not to say there wasn’t a wealth of disagreement and conflict throughout the first season, but it was never the driving force. This hasn’t been the case in season two, where even in the last few moments I was uncertain where my loyalties lie, and I had established no bonds that were even remotely as strong. I couldn’t help wish that Clementine would just up and leave the group spontaneously, going back to her risky but quiet solo adventures early in the season.

At one point in No Going Back, there’s an elegant reminder of last season’s fond attachments during a flashback sequence. After a series of melancholy references to Lee throughout the season, this scene provides a welcome trip down memory lane. Ironically, its presence only serves to highlight the lack of such deep emotional investment this time around.

The vast majority of gameplay in No Going Back consists of dialogue choices, with only a few interactive segments. The latter come in the form of simple Quick Time Events that typically require only a keystroke to complete, as there’s little in the way of environmental investigations or puzzle solving throughout. They’re easy to complete and serve typically as a means to further immerse you into the story, such as one scene that has Clementine replace the bandages for Kenny’s bludgeoned eye, demonstrating Kenny’s willingness to overcome his vulnerability and trust in Clementine. 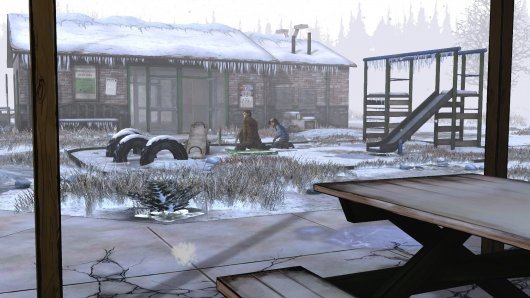 For all your powerlessness in affecting events throughout the game, these interactions eventually build to a climactic conclusion where your choices dramatically impact the ultimate outcome. There are five potential endings, some of which are only subtle variations while others branch the story into drastically different directions. As the high point of No Going Back, some of the scenes that unfold before the credits roll are handled gracefully and conclude the season well, though mileage may vary as a few of the endings are significantly weaker than others.

There’s enough divergence in the final choices to end the story in a manner that’s to your liking, but it depends totally on your loyalties. Given that the need to declare allegiance to one side over another is so apparent early in the episode, the impact when it finally comes to pass is lessened, since you’ve had a chance to dwell on the inevitable decision all along. It’s also disappointing that the variance pivots only on choices made in the final chapter, while all the decisions you make earlier have little significance. Whilst it’s convenient to be able to replay a single chapter to see all potential endings, it would have been better to give your choices throughout the entire episode more relevance and provide complex paths instead of a singular fork at the end of the road. Only the last ten minutes needs to be replayed in order to experience all the endings. 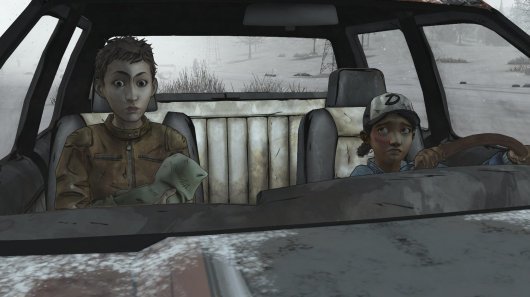 In all other ways, this episode delivers as we’ve come to expect from the series, now two full seasons in. Graphically, the game maintains its iconic comic book style, and in this episode the group travels through a wealth of new environments. The change in seasons not only provides welcome visual variety, but snowy blizzards and frozen lakes even add to the tension and gameplay possibilities. As always, the voice acting is great across the board, and the subtle backing music tracks add appropriate mood to the various scenes.

The second season of The Walking Dead has had its share of highs and lows, and this is particularly true of its final episode. A lengthy portion of No Going Back works a little bit too hard to establish anticipation for the conclusion to come, though once the momentum finally builds up, the rest makes up for the slow start and finishes the season on a high.

WHERE CAN I DOWNLOAD The Walking Dead: Season Two - Episode Five: No Going Back

The Walking Dead: Season Two - Episode Five: No Going Back is available at:

No Going Back struggles to build anticipation for a conclusion that is clear from the outset, but once past the point of no return, the final episode ramps up to an exciting choice-driven conclusion with five different endings.

GAME INFO The Walking Dead: Season Two - Episode Five: No Going Back is an adventure game by Telltale Games released in 2014 for Android, iPad, iPhone, Mac, PC, PlayStation 3, PlayStation 4, Switch, Xbox 360 and Xbox One. It has a Stylized art style, presented in Realtime 3D and is played in a Third-Person perspective. 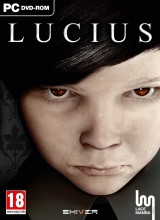