Bik is the first game from Zotnip, a newly formed, three-man indie development team. Following the journey of the titular young boy, Bik is a point-and-click inspired by adventure games of old, complete with blocky pixel graphics. It’s a charming game at times, though its plot clichés and simple writing often work against it. Held up primarily by a strong electro soundtrack, colourful art and a decent sense of humour, Bik is a solid first effort that is sure to raise a smile, but there’s clearly a lot of room for improvement throughout this retro sci-fi romp.

The tale begins aboard the Laterous, a spaceship helmed by Ammut and Tatenen, two bean-shape-headed aliens, as they narrowly escape an attack squadron. Later, while boarding another ship, the pair are tricked and taken captive. Perspective soon switches to Earth, showing a child camping out with his friends. It’s not long before the kid, Bik, is abducted and imprisoned by an unsavoury alien race, unbeknownst to his pals. Held together as captives, the extraterrestrial duo and Bik form a friendship as they escape. Back on the Laterous, Bik is keen to be returned home, but the trio wind up involved in a plot to defeat a slave-driving empire first.

It’s pretty basic stuff and the story moves along fairly quickly. At one point the crew goes on a rescue mission of an alien farmer’s daughter, but that’s speedily concluded in favour of infiltrating an evil corporation. It’s commendable that the game desires to pack a lot in, but at times I actually got confused and lost sight of what the point of everything was, especially paired with the usual weird science fiction nouns – a plant called squeeg, a woman called Talandra, and so on. There’s some flirtation with plot elements and ideas that are never keenly explored, like the mysterious abducting Umarian race and Bik’s desire to return home. It feels like there was a wider scope for this game at its inception that had to be scaled back, leaving conclusions that fall flat. 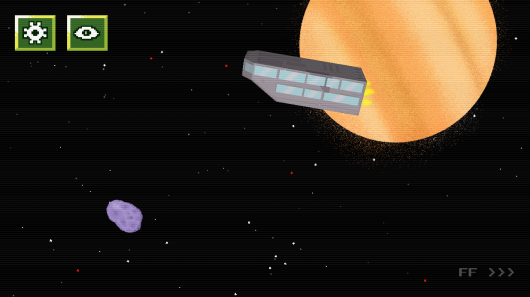 Compounding the issue is the writing itself, which is serviceable but rarely interesting. Bik is a boring character who doesn’t express much of the reaction you’d expect of a young boy lost in space; any attempt at serious emotion across the board is far off  the mark. All secondary characters seem to blend into one (partly due to the fact that a lot of them look the same). The comedy is the redeeming factor here and could have been used more often to greater effect. Arguing with a stubborn robot and being rewarded with flashy imagery and music for creating a sandwich is genuinely amusing stuff. More of this quirkiness would have been appreciated.

The early ‘90s-style pixel art is not complicated, but it’s quite pleasant. The use of colour is especially good, making full use of the spectrum. The blue and greys of a rundown city create an imposing impression while the light purple and blues of a remote planet complement its innocence. One of the best environments, in terms of atmosphere, is actually Bik’s campsite. The huge, looming moon in the sky is a cool backdrop to the shadowy foliage up front. The trouble is, a lot of the settings could easily be on Earth (taxis, street lights and dumpsters are examples of mundane objects that would have benefited from a sci-fi touch) and a lot of the time the backdrops feel bland, with repeated elements or just nothing to look at. The pixel graphics aren’t an excuse either, since classic adventures from the past that inspired Bik worked in far more detail. Some more creativity in the scenery would have been welcome to help alleviate these two issues.

Bik has a wide variety of different puzzle types which, especially for a game of this size, is great. Although obstacles never really get too complicated, the diversity throughout is laudable. Arranging mirrors to direct a light beam, rewiring mechanics and correctly timing the firing of weapons are just some of the different tasks. While there are some that are more creative and successful than others (stealthily moving along a corridor to avoid enemy gaze may be neat on paper but is tedious in reality), the majority are quite enjoyable alongside the more standard inventory and dialogue fare. There’s nothing groundbreaking, but the variety helps keep the experience fresh. Those who prefer their solutions challenging will be disappointed, but I found Bik’s difficulty satisfying and the puzzles mostly logical. 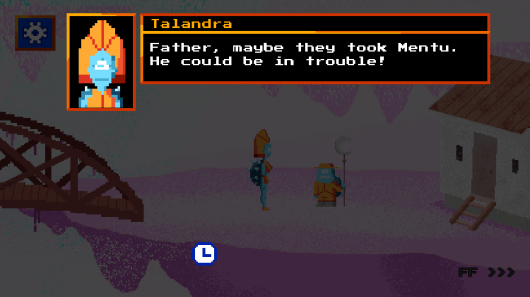 As befits its era of influence, there are moments in the game where the character you control (you automatically take control of one of the leads for individual segments, with no manual selection) can die. You’ll know when it’s a possibility because, handily and happily, the game will autosave just before. Death is sometimes a punishment, perhaps for selecting the wrong dialogue choice or being too slow to carry out an action (you won’t need particularly quick reactions, and such moments don’t occur often, but even if you fail you can easily retry), but it’s used for comedic effect too. For example, during a battle with a crab-like creature I picked up a super powerful gun in an attempt to overcome the foe, only for the weapon to prove so powerful that it obliterated the planet I was on, along with many others in the galaxy. It was funny and unexpected; these situations are the most effective use of the death mechanic, though it’s used rather sparingly elsewhere too.

One of the game’s best features is the electronic, retro-sounding music. There’s no shortage of different tracks, all of which greatly help set a futuristic vibe. The synths beat fast when confronting enemies, echo and fuzz when being probed, and bop along at a jaunty pace while exploring the Laterous. The music plays throughout and never gets boring, thanks to the mixture in composition and the number of tunes on offer. Just listening to the music plunges you into the depths of space and does a better job of evoking feeling and mood than any of the game’s other elements.

The ambient sound is electronic too, even something like an explosion. Elsewhere, whooshes and zaps help bring the world a bit more to life, but the music really does most of the work. There’s sadly no voice acting at all, which would have helped raise the experience. Clicking through the text dialogue is fine, but some decent voice work wouldn’t have gone amiss. It would have been especially interesting to hear how all the different alien races and robots were meant to sound, although presumably budget constraints didn’t allow for that reality. 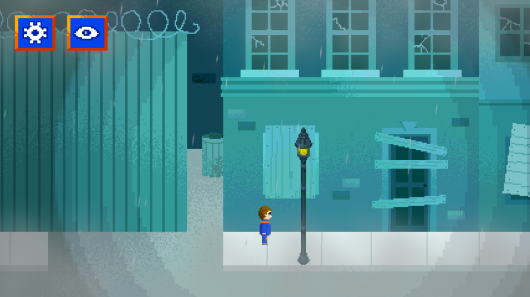 Bik uses a single mouse button to handle all input. Clicking a hotspot causes a menu to pop up, allowing you to either pick up, look at or talk to the selected object or character. There’s also an inventory, wherein items can be combined. When using your inventory on a hotspot, the game highlights which items can be used, eliminating the ‘use everything on everything’ trial and error approach. Really my only minor interface criticism is that it would have been nice to be able to hold down the mouse button when walking, since scrolling environments are often employed and having to constantly click every few steps is a small nuisance.

Bik runs for over four hours, which is a decent runtime for a production this modest. Considering it is the first game from a new developer, this is a commendable effort and hopefully Zotnip can build on what they’ve begun here. The game works in a lot of different puzzle types, has some great electronic music and a fun sense of humour. There’s clear potential, though it’s left to bubble under the surface in a lot of areas. The scenery is often plain (even for those who enjoy retro pixel art), the writing is generally dull and the plot is undercooked. Those looking for a pleasant yet flawed, retro-inspired sci-fi tale may find a degree of entertainment here. Just don’t expect Bik to ever reach any kind of galactic greatness.

GAME INFO Bik is an adventure game by Zotnip Games released in 2014 for Android, iPad, Mac, PC and Linux. It has a Stylized art style, presented in 2D or 2.5D and is played in a Third-Person perspective. You can download Bik from: We get a small commission from any game you buy through these links.
The Good:
The Bad:
The Good:
The Bad:

What our readers think of Bik