English sleuth Carol Reed has had a fantastic career investigating mysteries in Sweden. Year after year, Mikael Nyqvist’s indie studio MDNA Games brings a new installment to the now-decade-long series, and with the tenth entry, Bosch’s Damnation, long-time players will no doubt find most aspects of the experience comfortably familiar, with the first-person photographic presentation, laid-back atmosphere, and puzzling gameplay all intact. However, a few key issues prevent unqualified praise this time around, such as bland environments and a lackluster story, among other issues that prevent a positive recommendation to all but the series’ existing fans.

In her latest case, Carol is called upon by George Pamper, handyman for the wealthy Stierngranat family, to investigate a disturbing mystery: his employers have vanished without a trace. The prologue, which takes place in the wintertime for the first time in the series, ends with the Stierngranat enigma seemingly solved, but with the dawn of the Swedish summer come news reports of a body discovered in the family’s barn. The killing dates to their initial disappearance, and the body is that of Martin Jensen, aspiring game developer and boyfriend of Carin, daughter of Erik Stierngranat. Naturally, Carol is drawn back in to investigate what really happened.

As I’d never played a Carol Reed game before, I wasn’t quite sure what to expect, especially regarding the series’ well-known use of photographs to display the game’s locations. I was very pleased to discover that, rather than being a hindrance to enjoying the experience, this feature actually enhanced my feeling of immersion, imparting a keen sense of “being there” that even the most high-budget animated adventure games sometimes struggle to achieve. Although at first blush it seems like a shortcut to mitigate the cost of hiring an army of illustrators and artists, it becomes obvious very quickly just how many photos were necessary in order to stitch together every possible vantage point you can access in each location. 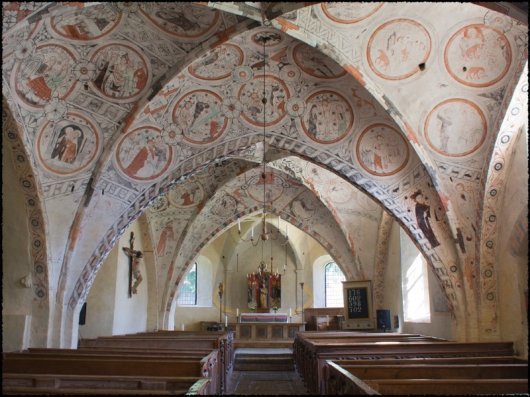 Of course, this technique works best when the locations are visually captivating, and this is where the presentation stumbles to a degree. The outdoor scenes are generally interesting, such as an industrial park visited early on in the investigation and the wooded burial ground of Malte Stierngranat, with his pyramidal mausoleum jutting up out of a verdant forest. However, many of the environments, particularly indoor locations (such as characters’ living spaces), lack much visual appeal, or seem overly cluttered in order to provide a challenge when hunting for items needed to progress. It was entertaining, though, to think that many of the household knick-knacks and other domestic items found in each of these scenes probably belong to someone in real life, rather than being mere props assembled for the game.

Sound effects are generally well-done and contribute to the immersive atmosphere. The rush of a waterfall used at one point is particularly impressive, rusty gates sound appropriately squeaky, and footsteps thud satisfyingly as players point-and-click their way up and down stairs. The voice acting generally gets the job done, though it never elevates beyond sounding functional. The script, likewise, leans towards a utilitarian approach, but this would be less noticeable with more emotive voiceovers. Music is ever-present throughout the game, switching tracks depending on the location or circumstance. Although the surprisingly complex soundtrack would work well as standalone music, many of the compositions intruded on the relaxing atmosphere for me, with more upbeat melodies clashing with the mood at certain locations. The more foreboding tunes are great, however, and serve to heighten the tension at appropriate times (while searching through a dark attic, for example). In the end, I simply disabled the music, which is a rare event for me that I think bears mentioning.

Although dated by today’s standards, Bosch’s Damnation follows the series-long tradition of using a slideshow-style interface, in which clicking at the edges and center of the screen allow you to advance to the next scene or look around the room. Being a fan of this style of navigation, I had no trouble mastering it, but it is worth noting that players not used to it, or those who simply dislike it, will find no accommodation in this latest release. To go from one locale to another, you’ll use an intuitive overhead map of the city, accessed by finding the exit-point for the current environment, typically found at the place you start from when arriving at a destination. From here you can choose from a set of available locations to travel to next, which changes over the course of the game. 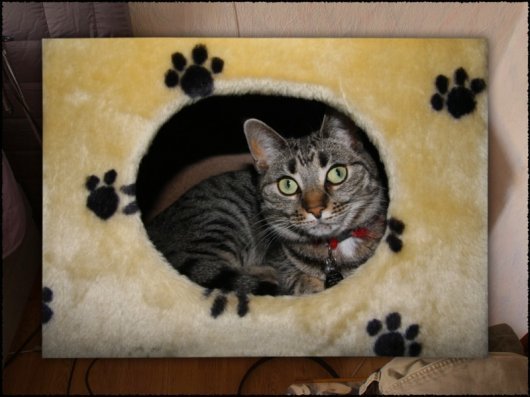 Using the notebook-slash-hint system is a snap, accessed by clicking on the current objective found on the left side of the notebook to bring up the hints on the right side. However, rather than giving nudges in the correct direction, I was disappointed to find that often the solution would simply be spelled out for me, especially for logic puzzles. It would have been nice to have some control over the amount of information revealed, so as not to completely spoil the puzzle that I was stuck on. When not used for hints, the notebook feature helps to keep track of the current goals, which is helpful given the size of the game and the multi-stage nature of some of the larger puzzles.

Carol Reed veterans will find the conversation interface familiar, utilizing a notebook in the lower-left area of the screen to select questions to ask the character being interviewed. I initially found it an awkward experience watching the actors jump from one still pose to another during conversations, reflecting the emotional tone and topic of discussion. However, this feeling of awkwardness went away with time. The answers each character provides typically help advance the plot or provide clues to puzzles found along the way. A few passing references to cases from Carol’s past should please fans who have been with the series since the beginning, but there’s nothing preventing newcomers (like me) from joining the series in progress.

Much of the story revolves around the history of the Stierngranat family, particularly the eccentric patriarch Malte, whose personal fortune enabled him to amass a variety of strange objects and collections over his lifetime. Chief among these is his mausoleum, which is modeled after the Great Pyramid of Cheops in Egypt, and a copy of the Hieronymus Bosch painting referred to in the game’s title, which supposedly plays a pivotal role in the proceedings but only really becomes important toward the end of the game. Although the story shows glimmers of promise, and a genuine twist makes for a thrilling climax, comprehension of the overall plot is hampered by the way backstory is delivered primarily in the form of pamphlets and articles contained in museums dedicated to the Stierngranat legacy, detailing in particular the troubled history between Malte and his brother, Sten. 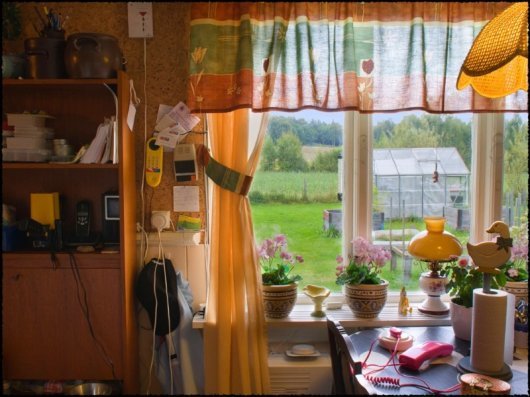 Although there is nothing intrinsically wrong with this approach to storytelling, and I’ve had great fun in other adventure games doing what amounts to glorified research, success hinges on making the characters interesting to learn about, something that this game never really managed to do for me. While some of the information forms clues about where to go next or provides the answers to puzzles here and there, it is clear that it was also intended to make the family “come alive,” but they are more akin to figures one has only ever read about in history books or seen in faded pictures. The game’s 5-6 hour length could, I think, be a factor. Coupled with the incredibly large number of locations to visit, some of which felt as though they had simply been included to pad the playtime, so much information is provided in such a short space of time that the encyclopedic blandness of it is accentuated.

Gameplay consists mainly of taking in the sights at each location and solving two types of puzzles: logic-based and inventory. The logic puzzles typically serve to open locks – such as decoding the solution to a box based on the order of colors in a photograph – or otherwise provide access to new areas of the game. Most provide the right amount of challenge to be mildly entertaining, though they tend to serve simply as artificial barriers to progress rather than being integrated sensibly into the plot. Items you might find include keys or magnetic cards to unlock doors, flashlights to illuminate dark closets or cubby-holes, and voice recorders containing clues. Sometimes objects must be combined with others in order for them to function correctly. When items are no longer needed, they disappear from inventory, keeping things from getting too cluttered, though it would have been a plus if letters and other clues containing story details could have been saved for later review. The inventory puzzles never require a try-everything-on-everything approach, but there are a few times where the solutions seem bizarre and improbable. Some scenes are prone to pixel-hunting at times, but this is mitigated by the inclusion of a “reveal hotspot” feature activated by pressing the spacebar.

All in all, my first experience with Carol Reed was a mixed bag. Although I was impressed from a technical standpoint, the limited number of interesting environments to explore was a drawback, and the mystery was ultimately a disappointment, with the dull backstory and an overwhelming number of locations bringing down the more interesting aspects of the narrative. The puzzles were fun, but could have been integrated into the plot a bit more so as not to feel like obvious roadblocks. I suspect that devoted series fans will enjoy spending another few hours with this installment of their beloved franchise, but there’s simply not much in Bosch’s Damnation to attract new gamers into the fold.

Although Carol Reed fans will likely be glad to have another game to play, the flaws in Bosch’s Damnation will probably keep potential new players on the sidelines.

GAME INFO Bosch’s Damnation: A Carol Reed Mystery is an adventure game by MDNA Games released in 2014 for PC. It has a Photographic style, presented in Panoramic nodes and is played in a First-Person perspective.

What our readers think of Bosch’s Damnation: A Carol Reed Mystery

Good: - Some nice indoor locations, can't believe the junk some people have:) - Fun code puzzles Bad: - Not much of a story, i won't bother talking about the pathetic plot twist - Where... Read the review »