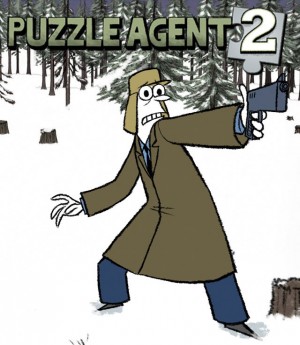 We get a small commission from any books sold.
All Bitmap Books
Written by
Reece Warrender — July 11, 2011

The original Puzzle Agent was Telltale’s response to the growing popularity of Professor Layton-style gameplay. The game was enjoyable largely thanks to its surreal storyline, dark comic atmosphere, and often challenging brainteasers, but was held back by a reliance on puzzle repetition and poor integration of its gameplay into the plot. Unfortunately, both problems are still equally evident in Puzzle Agent 2, if not more so, and the puzzles are noticeably weaker and dreadfully easy this time. Even the first game’s strengths have suffered, as the once-promising plot spins its wheels here, covering all the same territory before spinning out of control in a nonsensical direction. The end result is a sequel that feels like two steps back without even one step forward.

You once again play as Nelson Tethers, FBI agent of the Department of Puzzle Research, and even though you’re on vacation and your last case has been closed, there are still questions that need answering. Returning to the bizarre, snowy town of Scoggins, Minnesota, you’ll soon find yourself back in familiar territory, arriving outside the inn looking for a place to stay. For returning players, familiarity is commonplace throughout, as you visit many of the same scenes and converse with the same locals a second time around. Those starting with the sequel will be left a little confused, as the story is a pretty direct continuation of the first but very little in-game effort has been made to explain past events. Most of what you need to know is tucked away in Nelson’s journal, giving you a more detailed recap.

The new instalment focuses on the disappearance of eraser factory foreman Isaac Davner, discovering the truth behind the pesky forest gnomes known as the ‘Hidden People’ (who could perhaps just be a figment of Nelson’s imagination) and finding out why the village’s Brotherhood cult is being so secretive. In other words, pretty much a repeat of its predecessor. Whilst there are new plot additions eventually, from haunting visions of astronauts in the woods to government cover-ups by a swarm of black-suited, sunglass-wearing feds, the basic premise remains the same, and you’ll spend more than half the game asking the same questions (and getting nowhere) as you did the first time. I’d love to say the story improves when the new elements take over, but that’d be a lie. The tale takes silly, incomprehensible turns near the end, and even the most basic questions are left unanswered, swept under the rug in an anti-climax that strays far from the direction the build-up seemed heading. After going absolutely nowhere for so long, the finale feels absurdly rushed, as if development was abruptly cut short when all the loose ends couldn’t possibly be resolved sensibly. 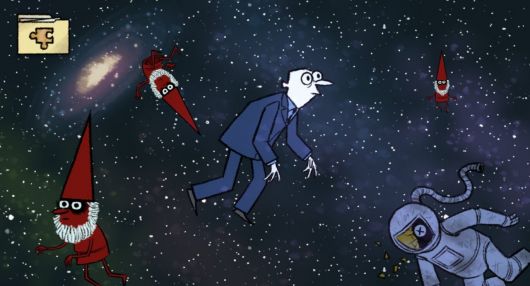 The confusing story isn’t helped by the characters that populate it, all of which are forgotten about as quickly as they are introduced. A good example of this is Bjorn, a member of the village’s Brotherhood and one of the core characters from the original, who requests your help and then disappears, never to be mentioned again. This issue isn’t isolated to returning faces, with new characters such as Korka, a quirky, puzzle-loving flirt who seems poised to take a starring role before suddenly being sidelined, dismissed on a whim. The encounters you have with the inhabitants of Scoggins are brief but still manage to be tedious, spent mainly repeating the same questions and topics with each new character yet rarely resulting in any useful details.

When you do finally unearth a lead, a new location is added to the quick travel map. You’ll revisit places like the Brotherhood’s clubhouse and the Moose Ear Diner, where the local sheriff spends most of his time, but you’ll find some new ones as well, from Korka’s cosy home to several spots hidden in the gnome-infested forest. Interactions are rather sparse at each stop, typically inhabited by a sole individual, but the constant change of scenery provides at least a sense of story progression, however fleeting it quickly proves. There is some adventure-style interaction with the environment, but it’s very limited, with no inventory to collect and no real clues to investigate. Finding the few areas of interaction couldn’t be easier, as clicking the screen results in any nearby hotspots being highlighted.

As you work your way around the village, you’ll be confronted with a series of puzzles. The challenges are often very bland, and most have very little relevance to the story or even the conversation at hand. One such puzzle has you arranging photos in the order they were taken, which is inexplicably prompted by clicking an empty coffee table in the middle of a shack. There are 35 puzzles in total, some of which are optional, including mathematical equations, completing numbered sequences, sliding obstacles to create a path, and cutting through multiple barriers with a single slice. Most of the puzzles are basic and very common types to begin with, and the problem is compounded by repetition later on. It’d be a lot less annoying if the repeated puzzles scaled in difficulty, providing a greater challenge each time, but this isn’t the case. In fact, the puzzles barely provide difficulty at all; the majority are solvable in seconds for anyone with much puzzle experience. 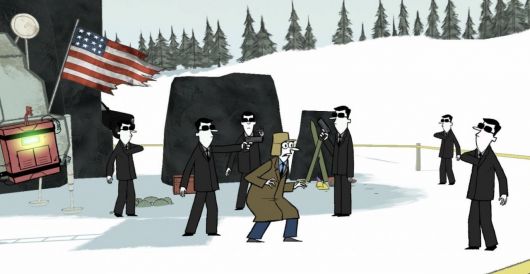 A few puzzles do require very specific knowledge, so if you’re not familiar with American coins and certain advanced math symbols, you may have trouble on occasion. If anything else is likely to give you problems, it’s the actual instructions. When a puzzle begins, you’re given a brief explanation and set of rules for how to solve it. Unfortunately, these instructions can be worded vaguely, and they appear on a separate screen that you need to continually return to for repeat viewings of multiple rules. The puzzle interface itself feels clunky and unresponsive as well, particularly with any actions that require you to perform drag or rotation movements. Issues like these indicate shortcuts taken for cross-platform development rather than properly optimising the design for each system.

If you do get stuck on a puzzle, you can chew gum (which helps Nelson concentrate) to access a progressive set of three hints. Gum is littered all around town, stuck to the walls and trees waiting for you to pick them up (a little gross and strange). The system works well enough, with subtle first hints avoiding outright spoilers too early, although the requirement feels redundant given the extreme simplicity of most puzzles and the abundance of chewing gum available. Using hints, along with answering incorrectly, will lower your score for each puzzle and affect your overall total, though this doesn’t impact the game in any way. If you do poorly, you can always give them another go later, accessing them from your journal, but this won’t affect your game score.

Though the game stumbles both in story and gameplay, its presentation does salvage it somewhat. Borrowing heavily from the Grickle comics, the creation of cartoonist Graham Annable (who also worked on the game), the art direction is done in a stark style, with thick, bold charcoal outlines. Animations are intentionally crude, almost skipping from one movement to another, somewhat resembling paging through a comic flick book. It’s not a style that will suit all tastes, but it stands out from the crowd. Personally I appreciate the unique direction, and it’s certainly one of the selling points of the series. It’s just a shame to see so many assets reused from the first game, drastically reducing the overall impact. 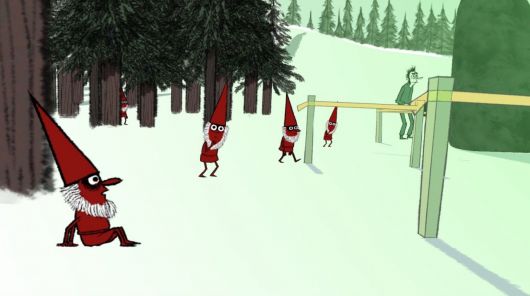 One of my biggest frustrations stemmed from the slow speech, with subtitles printed at the same pace as the voices. You’d expect mouse-clicking would speed up the text to read at your own speed, but it skips the line altogether. The upside to patiently waiting through full lines of dialogue is the quality of the voice acting, apart from rare exceptions like Korka’s awkward flirtations. Nelson is once again solid and believable as a rather hapless FBI agent out of his element, and the Scoggins residents, particularly the innkeeper and Sheriff Bahg, feature distinct Scandinavian accents suited to the setting.

Adding to the ambience are the periodic whispers of the Hidden People and the tense background music tracks, creating the eerie vibe the Grickle animations strive for. Despite its cartoony appearance, the atmosphere is more dark than comic, building up tension more from implied suggestion than actual frightening events. Discordant tones play as Nelson warily glances around a nighttime forest, and the Hidden People poke their heads out from cover, not overtly threatening but their intentions never clear.

It’s a shame that the great atmosphere is let down by the tone of the story, which ultimately just comes across as entirely unbelievable over the course of the game's few hours of play time. Given the promising trial run of its predecessor, Puzzle Agent 2 had every opportunity to build on those accomplishments and enhance the areas needing improvement, but somehow the recipe for success was lost, or ignored, and what’s left leaves a sour taste of disappointment. Releasing for a budget price doesn’t excuse mediocre puzzle design, heavy repetition and a story with so little coherence. The artwork is unique and the tension sometimes palpable, but that isn’t nearly enough a second time around. It’s hard to understand how Telltale got the formula so wrong this time… maybe it was the gnomes.

Puzzle Agent 2 takes a disappointing step backward, failing to resolve key criticisms from the first instalment whilst introducing new problems of its own.

GAME INFO Puzzle Agent 2 is an adventure game by Telltale Games released in 2011 for iPad, Mac, Mobile (Other), PC and PlayStation 3. It has a Stylized art style and is played in a Third-Person perspective. You can download Puzzle Agent 2 from: We get a small commission from any game you buy through these links.
The Good:
The Bad:
The Good:
The Bad:

What our readers think of Puzzle Agent 2 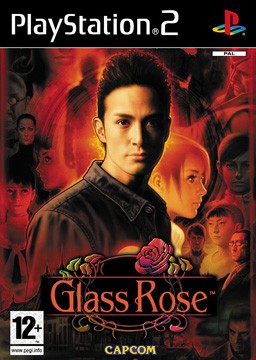