Some games really don’t need to be previewed. Take Black Mirror III, for example. Since the series debut back in 2003, the harrowing tale of the Gordon family curse has become something of a cult classic among adventure gamers, its popularity bolstered by a quality sequel seven years later. Black Mirror II introduced us to American Darren Michaels, who unwittingly found himself drawn to the rural English town of Willow Creek, where his fate became inexorably entwined with the residents of the nearby castle. That game ended with a dramatic cliffhanger that ensured a future installment and the anxious anticipation of its fans until then. Now just a year later, that reality is almost upon us, teasingly subtitled The Final Chapter and promising to finally answer all the questions that have gone unresolved to date. Needless to say, franchise devotees are already on board for a last go-round with the Gordons and a bittersweet closure to the series, while newcomers shouldn’t be picking up the trilogy only at the end. So really, who needs a preview? Absolutely no one. But need and want are two entirely different things, and since I’ve just finished playing through a lengthy segment of a near-final version, let’s take a quick peek into the third and final Black Mirror, because it looks like it’s gonna be a doozy.

As a direct continuation of the storyline, Black Mirror III picks up mere moments after the stunning events of the last game. In the opening cinematic, Darren tears through the nighttime forest, torch in hard, arriving at the castle to find it ablaze. With tragedy already weighing heavily on him, things are about to get a whole lot worse, as Darren is arrested on rather circumstantial suspicion of arson and murder. Flash forward three weeks, and Darren is still in jail, now undergoing counseling to explore his claims of evil curses, spiritual possession, and a brand new identity. Referring to himself as Adrian, our young protagonist believes he is innocent of the crimes, but begins to question his own sanity when he hallucinates violent visions of killing people, including his spiteful prison mate with a pencil through the eye. There isn’t much of a criminal case against him, but Inspector Spooner cuts him no slack until Darren/Adrian’s bail is posted anonymously. Free once again, now he must find evidence to clear himself of guilt while learning all he can about the Gordon curse and somehow putting an end to it once and for all. 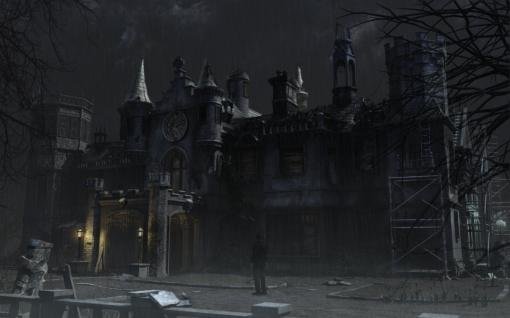 Though the game takes place in and around the now-familiar Willow Creek, Black Mirror III doesn’t feel like a cheap cash-in of recycled assets. You’ll revisit favourite haunts like the abandoned lighthouse, academy ruins, and Gordon’s Palace Hotel, but you’ll also get to explore many new places, from a quiet café to a secluded shack to a former morgue now being used for sinister purposes, with plenty of autumn forest paths to traverse in between. You’ll also drop by the Black Mirror Castle, of course, though it’s now undergoing renovations and looks quite different than before. As series fans no doubt expect, the artwork is wonderful and designed with three moods in mind: gloomy, gloomier, and gloomiest. I’ve heard tales of English weather, but Willow Creek looks like its next day of sunshine will be its first. Grey, oppressive cloud cover endlessly rolls across the dreary skies, sometimes unleashing rain to go with it, and you’ll often return to the same settings at night, adding an even darker pall. Because, you know… cemeteries just aren’t creepy enough in the daytime, let alone woods stalked by “demonic hellhounds” and ghostly apparitions.

That may sound depressing, but it’s really what makes this series so appealing. Black Mirror does atmosphere like few other adventures, and the third game is no exception. It’s creepy without being scary; it’s grisly without being particularly gory. Despite a few close scrapes, Adrian never died while I played. Instead, the tension comes from implied danger, and psychological horror is often much more effective. Of course, psychological stability isn’t one of Adrian’s strengths, so part of the anxiety comes from wondering what he’ll do, rather than what others might do to him (though there are certainly those who wish him harm). An elderly woman backs away in terror at the sight of him in the local general store, and an audible heartbeat sounds when Darren picks up a knife, presumably flush with its possibilities for pain. It’s all just so… unsettling, with the feeling that something could go very wrong at any time. Naturally, that keeps you sadistically moving forward to find out if it does. 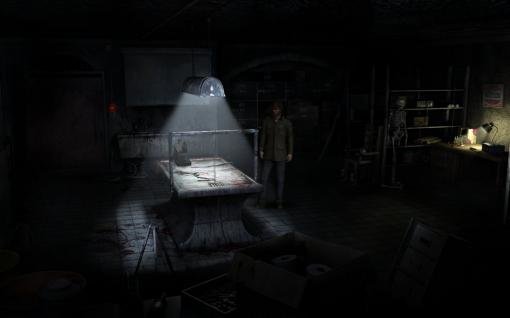 The adventure itself plays much like its predecessors. The point-and-click interface is both intuitive and user-friendly, with left-clicks performing all context-sensitive interactions. Hotspots are numerous (as you’ll see if you tap the spacebar to highlight them all), but any that have exhausted their usefulness will disappear for good, leaving only those needed to proceed. I wish more games used this method, as it’s an excellent middle ground between optional interactivity and streamlined gameplay. Adrian won’t run, but double-clicks will cause him to auto-exit or jump directly to an interactive hotpot, while a quick travel map allows him to easily cover larger distances. A diary keeps track of current objectives and relevant information, and inventory is accessed by mousing over the bottom of the screen. This can quickly fill up, as I counted 25 different items at one point, though several of these were documents for reference rather than items to be used. Some must be combined, and it’s important to right-click all items you acquire to examine them, as only by doing so will you get additional details you need.

Most of the puzzles are inventory-based, and all the ones I encountered were quite reasonable. They are also nicely layered for an added degree of complexity, whether making smelling salts from raw materials, escaping locked rooms (or more frightening confinements) on multiple occasions, or setting up a distraction for a pursuer. You can work on several goals at once, and Adrian will pick up anything that isn’t nailed down, but he refuses to go places or perform specific actions unless there’s a reason, which helps keeps your progress on track. There are periodic logic puzzles to solve as well… or not solve, as a puzzle skip option appears after a while, allowing you to bypass the challenge altogether if you wish. The only time I was tempted was a puzzle that required matching names to unmarked graves, as one of Adrian’s comments was blatantly misleading, but a little trial-and-error helped resolve what was otherwise my favourite puzzle so far. There’s even a Space Invaders-style minigame to play purely for fun, though this offers little more than a momentary distraction.

Adrian has both friends and enemies in this game, though it’s impossible to tell them apart. Along with his anonymous bail benefactor, you’ll also receive mysterious notes with tips that point you in the right direction. But whether their author’s motivations are altruistic or selfishly manipulative is soon thrown into doubt. Even those you counted as friends may turn against you, like the elderly Lady Victoria, now near death and holding you responsible for everything that’s gone wrong. You’ll see other familiar faces as well, like the stuttering “village idiot” Bobby, the psychotically-traumatized Ralph, and the weaselly, opportunistic hotelier. But you’ll also engage plenty of new people in icon-based dialogue, like the saucy café cashier and the well-meaning but skeptical psychologist Dr. Winterbottom, who believes Adrian will benefit most from hypnotherapy sessions. On the other end of the spiritual spectrum is a fortune teller that you can call up periodically, who always manages to see death in your future and issues dire words of warning. Adrian is still the same unkempt protagonist we remember, who hasn’t changed out of his khaki army jacket and jeans (changing names is easer than changing clothes, I guess) and is just as sarcastic as ever. It works better here than the last game, however. Before it came off as unnecessarily edgy, while here it suits a man who’s been through hell and back and still has a caustic sense of humour about it.

The preview version was entirely unvoiced, but the music once again nicely supports the mood, with periods of silence blended in with subtle, suspenseful pieces and tense strings, horns, and piano full of discordant notes during the disturbing scenes. Sound effects are fairly subdued, but the howling winds and cawing of crows certainly do their part in fostering the game’s grim ambience. And it’s that very atmosphere that is sure to have gamers glued to the edge of their seats when Black Mirror III is released next month. I’ve been deliberately avoiding too many plot details that might be spoilers for those who haven’t yet played the second game, but I strongly encourage you to do so soon, as the brief exposition here may be enough to cover the basics, but will leave you feeling like an outsider looking in without prior experience in the twisted Black Mirror world. And why wouldn’t you? It’s a quality adventure in its own right, and it'll set the table for a conclusion that may just turn out to be the best of the three. Filled once again with rich atmosphere, compelling gameplay, and a story you simply have to see through to the end, it looks set to be a worthy “final chapter” to this cult hit series.

renna
You and me both aimless. I was a little let down with BM2 because it didn't end well and left me hanging. I don't really like that result in a game. But I've always loved this game.

OCKi
Thanks for the great preview! Really can't wait for this game! Have loved the Black Mirror games since the first one came out, and I have really high expectations for the conclusion of the story.

aimless
That's some preview you wrote and if I was going nuts waiting before, I'm really keyed up and ready to play Black Mirror III now. Tore right over to Interact and pre-ordered it. Now, all I have to do is [i]wait[/i]. Sheesh!
Advertisement
archived preview