The Bizarre Adventures of Woodruff and the Schnibble

We get a small commission from any books sold.
All Bitmap Books
Written by
Andrea Morstabilini — July 16, 2010

Perhaps more famous for its brain-teasing Goblins series, French developer Cocktel Vision also produced two FMV adventures that today are almost forgotten. The first one, Lost in Time, was released by Sierra in 1993 to a lukewarm critical reception, and was followed three years later, at the apogee of the short-lived FMV popularity, by a spiritual sequel originally known as Lost in Town but renamed Urban Runner before release. The working title clearly shows Coktel's intention to tie the games together in a cohesive "Lost in…" series, but the project was ultimately discontinued when Sierra was sold off. The two games still show many similarities, however, especially in terms of gameplay and graphical presentation, and both were publicized as “Interactive Action Adventure Movies”. This label is strikingly accurate for Urban Runner in particular, since the title blends together classical adventure investigation and timed sequences to create “a breathtaking thriller calling for sharp reflexes and fast thinking”.

Urban Runner casts the player in the role of Max, an American journalist in Paris. Max has a flair for scoops, and as the story begins he enters a steamy sauna to meet Tony Marcos, a drug dealer whom he wants to blackmail. A few days before, a paparazzo photographed Marcos together with Paul Lagrange, a young and ambitious politician, and now Max, who paid through the nose to obtain the film, wants to know what’s going on between the two of them. A remote Turkish bath seems the perfect place for a secluded meeting, but as soon as Max enters the sauna he discovers that someone has murdered Marcos, cutting his throat with a sharp knife. Panicked, he tries to run away but Marcos’ nasty bodyguard, mistaking Max for the killer, starts to chase him through Paris’ rooftops, down into an underground, filthy sewer and then to an old, abandoned factory.

This is only the beginning of a frantic race against time: hunted by a corrupt police detective and a dangerous gang of thugs led by the gigantic biker Eraser, a raging killer in the pay of Lagrange, Max has only a few days to prove his innocence and save his very life. When he finds a cryptic clue during an investigation in Marcos’ office, Max starts following a trail leading to a mysterious organization known as the Elite, which seems to connect both Marcos and Lagrange to a Russian criminal and a certain Dr. Dramish. Luckily for him, Max isn’t alone in his perilous task, since he can count on D.D., his longtime hacker friend, and Adda Wertmuller, a ravishing and dangerous German student of Ecology, who became the lover of the late Tony Marcos to spy on his illegal activities. Nighttime break-ins of highly protected offices and clandestine facilities, hot pursuits in the streets of Paris and deadly ambushes inside ultra-technological laboratories are only a few of the obstacles Max must overcome to find the truth about the Elite, and perhaps even about a certain woman who is hiding more than one secret from him. 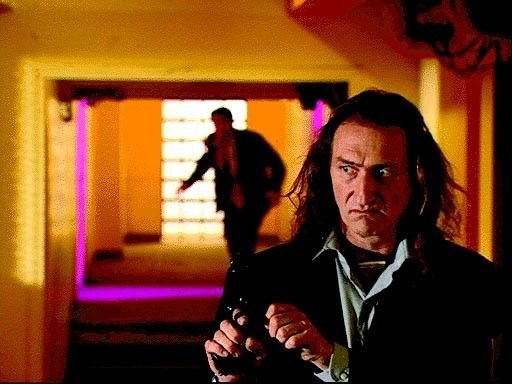 Cheap? Tacky? Petty? Well, the story surely doesn’t shine for its originality, but the plot is so full of unexpected twists and sensational developments that it enthralls from beginning to end, thanks to a cracking pace and a series of (mis)adventures that are as challenging as they are captivating. The writing, with its strong reliance on hard-boiled stereotypes, is often cheesy and suitable for a good B-movie from the ‘60s, where the director was always searching for a new gimmick to scare or amaze the viewer. Nevertheless, the script remains both incisive and entertaining through the whole game, and the tasty pinch of sci-fi elements – mindful of Tex Murphy’s masterpiece Under a Killing Moon, with which Urban Runner shares more than a few plot similarities – adds an undeniable pep to the espionage setting. The characters, clichéd and often over-exaggerated, don’t show any real depth or development, but despite their paper-thin personalities they form a disparate, colorful and amusing cast (some would say “a mess”) of femmes fatales, ruthless policemen and savage killers. These are all brought to life by an ensemble of actors that won’t be receiving an Oscar any time soon but still brought to mind pleasant memories of old, campy spoof movies like Vincent Price’s Bloodbath at the House of Death.

The over-the-top acting is due to the fact that, apart from a few directly spoken lines, the whole adventure is solely narrated by a continual voiceover by Max, leaving the actors to overdo every facial expression and gesture to compensate for the lack of personal communication. This will certainly be a controversial point, but though the off-screen voice will become annoying for some players, I felt this particular choice greatly improved the atmosphere of the setting, calling to mind the days of silent cinema and the old Sam Spade films. This feeling is strengthened by the peculiar direction of the FMV sequences by Philippe Lamarque and Silvan Boris Schmid, who chose to use hand-camera movements to enhance the player’s direct involvement. Years before the likes of Fahrenheit/Indigo Prophecy, many sequences are even presented in a sort of split-screen mode that amplifies the suspense of these segments: at the beginning of the game, for example, while Max is running away from Marcos’ bodyguard, a second, smaller screen shows the movements of the henchman searching for him. The player can see the guard approaching Max’s hiding place and knows that he has only a couple of seconds to dash off. The music also does a great job of emphasizing the tension in these kinds of situations, with gloomy chords and sudden heart-pounding percussions, whilst providing a soft piano accompaniment during the more relaxing investigative sequences.

The game interface, similar to other Coktel Vision titles, is quite streamlined. Urban Runner is presented in a 16:9 type of format, and when the the cursor is moved to the top of the screen, it reveals a bar where four icons are stored. Aside from the usual game options and a progress indicator, here the player can access the inventory and a “Memory”. This eye-shaped icon functions like an inventory for clues and leads: when Max or Adda (who at certain points becomes a playable character) see something relevant to the investigation, like a telephone number, a document folder or business card, the Memory icon flashes, showing that the information has been stored. From that moment on, each visual clue can be further examined in a window, where it can be zoomed in and carefully searched. Also in the upper bar, another icon represents the maximum number of hints that remain available on how to proceed or overcome certain puzzles. The main screen itself is explored and navigated through a simple point-and-click interface, with the cursor changing over interactive hotspots, exits and movable directions. 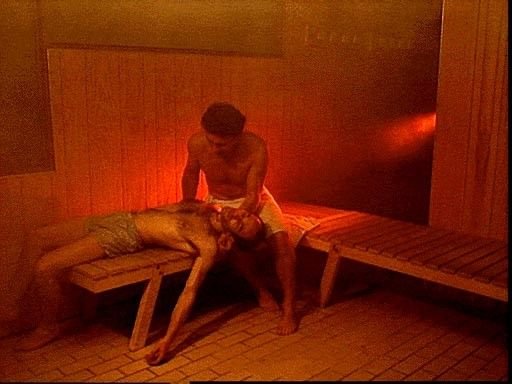 Normally I don’t much like simplified interfaces, but in Urban Runner this simplicity is welcome. Given that almost every action required during the game is timed, a more complex interface would have stolen precious time, and there are moments when each second is valuable. The tagline of the game pretty much says everything: “Run fast, run smart, stop and you’re dead”, and this is the exact feeling the adventure conveys. This may not be everyone’s cup of tea, and players are confronted not only by puzzles that must be solved in a certain amount of time before seeing a huge “You have failed” screen, but also by some challenges where fast reflexes are tested. Moreover, there is at least one sequence near the end of the game where good hand-eye coordination is necessary. I think these segments greatly improve the suspenseful atmosphere of the game, but it is also true that in a couple of situations they can become frustrating, especially when the solution of a certain puzzle isn’t immediately clear, forcing the player into a lot of trial and error. Fortunately, after a failure the game presents a “Try again” feature that brings you back to the beginning of the botched timed action, forcing you to replay only a little portion of the adventure.

The puzzles, timed or not, show a pretty nice variety: aside from classic inventory puzzles and some logical challenges like strange machinery to operate and codes to crack, the vast majority of the presented obstacles require careful exploration and a direct manipulation of the environment. For example, early in the game, Max is ambushed in his apartment by Eraser and must get rid of him by interacting only with the objects available in that location – a basketball, a halogen lamp, a crystal table and a window – and carefully choosing what action to perform. Will Max try to distract him with the ball or to blind him with the lamp? Or will he try to escape before being spotted? Regrettably, sometimes clicking on a particular object doesn’t result in the expected action: during a frantic chase in an abandoned building, I kept trying to close a door while Max kept hiding behind it, leaving me astounded over why he was making such a suicidal decision. The answer, however, was that I hadn’t examined the environment thoroughly, thus missing a vital switch: after operating the switch and seeing the outcome of this action, Max’s determination to hide finally became clear to me. 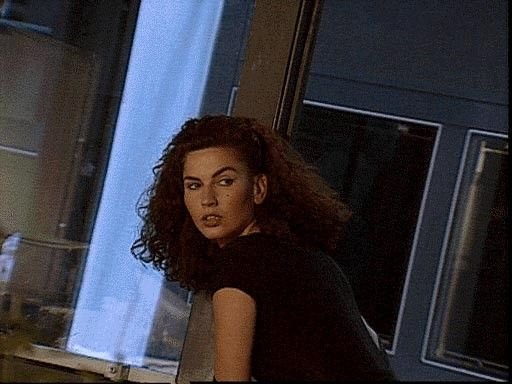 Although the final segments of the game are quite difficult, with tough puzzles and some tightly timed actions, Urban Runner is still fairly easy to complete overall, and the fast-paced plot comes with a price: an experienced adventurer can rush through and reach the end in no more than five or six hours, which is perhaps a little too brief, especially compared to other interactive movies of the same time like The Beast Within or The Pandora Directive. On the plus side, considering that the game is now pretty old, it still functions perfectly with DOSBox or even with ScummVM.

Rating this game is a hard decision. I liked it – a lot. Yet despite its personal appeal, the many timed sequences won’t appeal to everyone, preventing the more action-resistant player from enjoying the good this title has to offer. For those up to the task, Urban Runner will be an enjoyable but brief experience: its plot surely isn't original and its writing is indeed a bit tacky, but they are nonetheless effective in creating a gripping atmosphere, enhanced by top-notch FMV and a great musical score. Any fan of interactive movies should give it a try because – and this may be the first time a marketing statement found on a box cover is true – Urban Runner really is a breathtaking thriller that will keep you on the edge of your seat.

With its continuous timed actions and puzzles, Urban Runner isn’t for everyone, but it’s a solid thriller worth playing for fans of interactive movies.

GAME INFO Urban Runner is an adventure game by Coktel Vision released in 1996 for PC. It has a Live Action style and is played in a perspective.

What our readers think of Urban Runner