The Lost City of Malathedra review 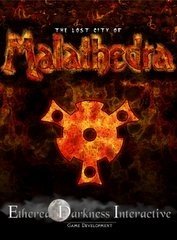 We get a small commission from any books sold.
All Bitmap Books
Written by
Stuart Young — November 29, 2008

Who wants to live forever? Nobody, really, according to the The Lost City of Malathedra, the debut adventure from independent developer Ethereal Darkness. According to this game, an ancient civilisation once discovered the secret of eternal life, but as one of the characters puts it, there’s a reason why lost civilisations are lost. Nevertheless, immortality is a tempting prospect, and fortune hunters have been after the key to Malathedra for many years. Historian Jonathan Wolfe is among those who have long sought the eponymous lost city, and just as he’s on the verge of a momentous discovery, enter the player in the role of his daughter Rebecca. Also a doctor of history, Rebecca is determined to pursue the goal of her father by following in his footsteps. As a scenario, this search for a long-hidden civilisation and its forbidden secrets sounds like it could prove exciting, if not groundbreaking. Unfortunately, for the most part Malathedra provides too little of interest to atone for its lack of originality.

As the story begins, Rebecca’s father has done much of the leg-work already, and summons her by letter to Culuco Island in the Caribbean – a settlement which has nowhere to buy food but does boast a boutique selling nothing but explosives – to find the entrance to the city hidden somewhere on the island. The story and locations are somewhat reminiscent of LucasArts titles circa 1993, but the developers never seem quite sure how much to play it for laughs. The island bears no relation to any sort of real Caribbean location, being an odd mish-mash of cultural elements, and is populated by a cast of half-heartedly “zany” characters, from the over-enthusiastic dynamite salesman to a man who makes a living as a jellyfish charmer. But when the lost city is unearthed, the game shifts to a slightly darker and more thrilling tone, concerned with the city’s tragic demise.

While many games are based on clichéd storylines such as this, the bigger problem is that Malathedra isn’t funny or engaging, either, although it never does anything particularly irritating or confusing. The main characters have no backstory or personality, making them simple archetypes that play their part in the story with mechanical precision. For example, about halfway through the game a key is almost stolen off Rebecca by a rival treasure hunter named Ivy Knowles. The two adversaries then team up after a few lines of dialogue, just as we might expect, to advance the plot. After this point, players are presented with not one but two boring heroines to control for the remainder of the game. Later on, again according to formula, the sketchily-introduced villain rushes in to activate the gate to the city before our heroines, and the results are equally predictable. The plot simply goes through the motions of Indiana Jones or Broken Sword in the most pared-down and least imaginative manner possible. 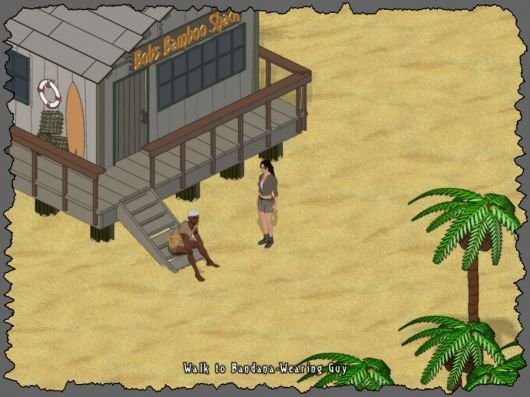 In fact, this observation really sums up the whole game: competent but dull. The puzzles are all logical and well thought out, but they are all inventory-based puzzles with few exceptions (a bit of machinery to use when you reach Malathedra). There is nothing offensive or silly, but once again there is nothing to particularly engage either. The puzzles are largely easy, as there aren’t a huge number of items or characters in the world, which means it’s always simple to see the chain of logic the developers have laid out. And many of the puzzles will simply be familiar to adventure fans – weighing down pressure switches, for example. At least the ease and familiarity of these puzzles meant I stayed more absorbed than I might have been otherwise, but Rebecca’s sidekick is also underutilised. Despite the programming effort of having Ivy follow Rebecca around, she only helps solve a couple of challenges, taking the form of an item in your inventory to be used when necessary. You can talk to her, but she doesn’t really offer any clues of value, and beyond the occasional sassy exchange there isn’t really a relationship between the characters.

For an independent effort, the presentation is quite slick, with nice opening menu-wheel and shadow effects, but the flat-looking, vector art-style graphics are very bland. Allegedly the game is in semi-3D but this is unnoticeable to the player, and seemingly pointless – the characters are pre-rendered sprites and there’s nothing here which couldn’t be achieved with pure 2D. It also looks odd at times, with textures being stretched if the terrain rises sharply. Having said that, the plainness of the graphics becomes curiously pleasant after you’ve watched them for a while, and they make the problem of pixel-hunting for tiny hidden objects redundant, as everything is shown clearly for the player. It might be like watching interactive clip-art, but it’s not offensive either, and the rarely-used isometric viewpoint is rather refreshing.

The graphics are somewhat more successful in the later parts of the game, offering a welcome bit of diversity when exploring subterranean caverns rather than the similar above-ground tropical environments in the early stages.The cutscenes are done from the same viewpoint “in-engine” and are resoundingly unimpressive, and any time animations are needed beyond the characters walking and talking, the developers simply omit them. For example, at one point our characters dive underwater into an airlock grotto. We do not see this happen, although we are helpfully told by a line of dialogue how “exciting” it was. 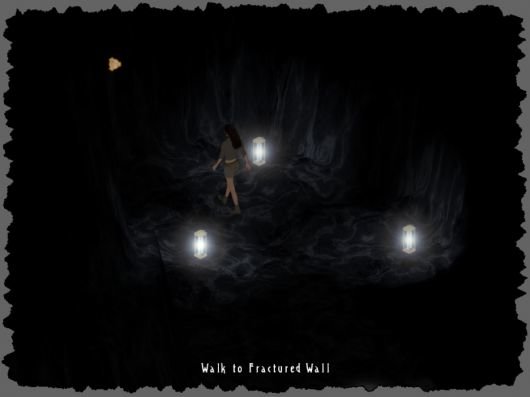 The control system is very simple and should be instantly familiar to any adventure gamer. It is entirely point-and-click; a left click sends the character walking to the corresponding area of the screen, and three verbs – examine, talk and interact can be selected from a wheel by holding the button over a hotspot. The game’s menus are also nicely set out, and the save system is very simple and easy to use. There is really only one flaw that lets the interface down: it’s impossible to tell, either graphically or logically, which areas of the screen your character can walk on and which you can’t. One area of sand on the beach looks pretty much the same as as any other, so it’s frustrating to only be able to walk on pre-defined parts, without anything visible to indicate the walkable areas.

There’s no voice acting in Malathedra, and sound effects are sparse, but the game does boast a surprisingly lush score. The downside of this is its tendency to try to imbue even the most inconsequential moments with a tone of epic grandeur or profound mystery. The drama of the score simply doesn’t match up with the pedestrian locations and plain graphics. It ranges from John Williams-style orchestral grandeur to new-agey “mystery” music, but it’s quite transparently done on the cheap with a home computer and some instrument samples. The range of styles, though, speaks well of the composer’s talents. 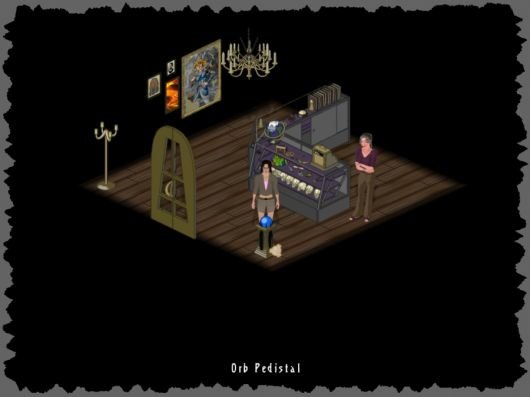 Some of these criticisms are completely understandable for an indie developer, but a low budget game needs to compensate for its lesser production values by some combination of great story, an original slant or compelling gameplay, and unfortunately The Lost City of Malathedra offers none of these things. The game is also very short indeed; think three to six hours rather than a full-length game. In fact, from its easy puzzles to minimal dialogue to functional presentation, this leans closer to a casual gaming experience than a full-blown adventure epic, though its gameplay is all very traditional.

With this kind of streamlining of every aspect of Malathedra, there is no reason why the game couldn’t meet with a degree of success on any of the numerous casual gaming portals. However, I can’t see the devoted adventurer wanting to pay twenty bucks for it, particularly when it’s only offered as a download. Not when there are better games available for less, and some even for free. I’ve played many bad games, and let me emphasize that this isn’t one of them. It’s just relentlessly plain, a bit pointless and entirely forgettable. I’d encourage anyone interested to check out the playable demo from the developer’s website, but for most people, there’s reason enough for believing that The Lost City of Malathedra should stay lost.

While The Lost City of Malathedra is not a bad game, we’ve seen it all before, and often better. It attempts to play on nostalgia, but this is simply a very generic game with slight production values.

GAME INFO The Lost City of Malathedra is an adventure game by EDI Games released in 2008 for PC. It has a Stylized art style and is played in a Third-Person perspective.

What our readers think of The Lost City of Malathedra