Jessica Plunkenstein and the Düsseldorf Conspiracy  (2005)

We get a small commission from any books sold.
All Bitmap Books
Written by
Joe Blessing — October 2, 2005

From the somewhat unlikely origin of Yale University comes this summer's most original Underground game, Jessica Plunkenstein and the Düsseldorf Conspiracy. Cleverly disguised as a class project, this game was built using Adventure Game Studio by greGAMES!, whose staff of (mostly) people named Greg say their mission is to bring fun back to the adventure genre. They've certainly done their part with the release of their debut effort, giving me some of the most fun I've had with a game in years.

Any seasoned adventure gamer probably thinks they've seen all there is when it comes to spunky female heroines. However, I think it's safe to say that Jessica Plunkenstein is the spunkiest of them all. In fact, her spunkiness is the catalyst for her adventure when her parents, worried by her membership in the A.C.L.U., decide to send her to Miss Pernilla's prison-like Institute for Unwifely Women. Luckily for Jessica, a mix-up in airport security sends her to the Amazon instead. Unfortunately, the accident does not bode well for the Indiana Jones lookalike, Harrison J. Harris (whose hobbies include not being sued by LucasArts), the owner of the ticket Jessica takes. As the brave adventurer is hammered into a more wifely personage, Jessica takes up his mission to stop the evil Baron von Düsseldorf. The Baron is portrayed as the stereotypical evil German character, with the one exception that his evil plot and motivations both revolve around musical theatre. Strange? Yes, but it gets stranger. When repeatedly shunned by critics, the Baron decides to poison the water supply of Broadway with a mind controlling chemical to force people to like his next production, "Les Misercats". Jessica finds out that the Baron needs one more ingredient to complete his chemical -- a rare Amazonian flower -- and she needs to find it first. 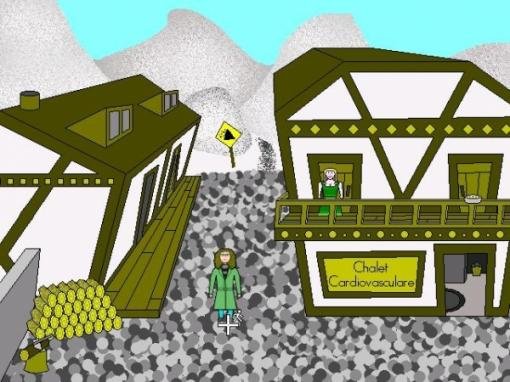 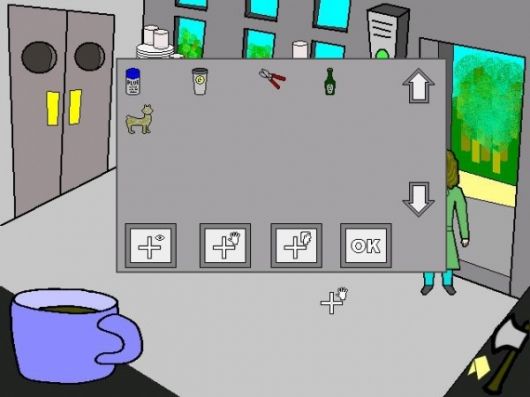 Jessica's mission takes her to varied and inventive locations such as a llama-themed amusement park, the Botanical Garden of the Selectively Carnivorous, a furrier, a yeti cave, and the alpine village of Kierkollamagaard. The story comes to a suitably silly conclusion at (surprise) Broadway, with some of the game's minor characters adding some drama. These locations all contain numerous puzzles of varying logic and difficulty, though almost all are inventory-based. The size of Jessica's pockets are up there with the greats, as she will carry up to twenty items at points in the game. One noteworthy feature is the ability to apply different items for the same puzzle, such as using either a knife or hedge trimmers to cut something. I've hit my head on many a wall while playing other games, having the right idea to solve a puzzle but using the wrong item. Another nice touch is the increasing difficulty of puzzles throughout the game. I noted at the beginning how easy the puzzles were, but before I had realized it, the puzzles had become harder and harder. This helps to ease players into the game and let first-time players adjust to this type of gameplay. Features such as these make a real difference in a game that may not be the eight hours advertised by the developer, but can easily take over six hours, depending on your puzzle-solving skill.

Game interaction is accomplished through the standard AGS interface. What sets it apart in this game, however, is how often you'll be able to use it. Almost every screen has at least a dozen hotspots or more. This is a welcome change from most games, where typically only the absolutely necessary items can be looked at. It almost feels like an old Sierra game, where most items in the background can be examined and each provides a clever joke.

This accomplishment is that much more noticeable when you consider that the entire game has full voice acting. While the actors are simply other college students, they do a good job of conveying the situations in the game and immersing the gamer in the dialogue. Jessica's voice strikes the right chord of blasé skepticism for the character, the Baron incorporates a healthy dose of eccentric evil, and the other non-player characters all have suitable voices. Jessica will engage the other characters in lengthy conversations, jam packed with puns, one liners, and other types of jokes. While this greatly increases the download size, it is a remarkable achievement for an Underground game of this length, and really helps to set the game apart from its competition. The game's soundtrack is based around a few simple themes which do a good job of adding atmosphere to the locations without ever becoming irritating. 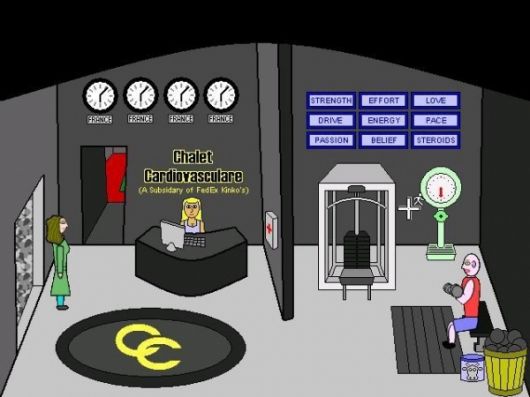 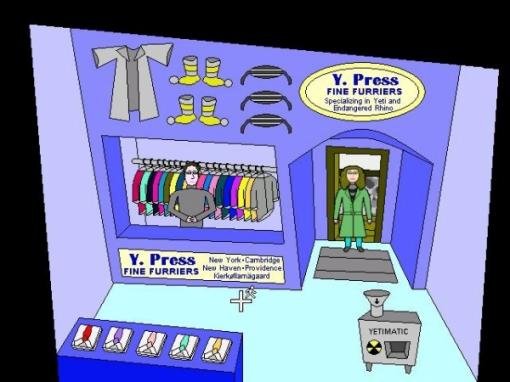 Visually, Jessica Plunkenstein and the Düsseldorf Conspiracy is a mess. However, it's the sort of mess that people will leave in a room because they think it adds character. Instead of hiding from its sub-par graphics like many Underground games, Jessica Plunkenstein seems to delight in screen after screen of its graphical monstrosities. Some artwork is original, some is lifted from the Reality-on-the-Norm archives, and some is even from the Microsoft clip art library. When viewed as a whole, however, they blend together in a mutated cartoon style that is impossible to forget.

If you're looking for a game with the charm and eccentricities of an Underground game but with the length and clever touches of a professional game, look no further than Jessica Plunkenstein and the Düsseldorf Conspiracy. This game has very quietly impressed those who have played it, and I'm adding my recommendation now, as it has something for everyone. Download it now and you won't be disappointed.

What our readers think of Jessica Plunkenstein and the Düsseldorf Conspiracy

4.5 stars out of 5
Average based on 1 rating
Your rating 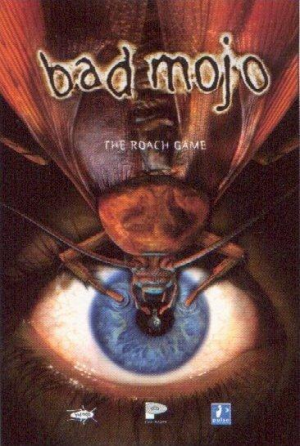