Review for The Messenger

Necronomicon: The Dawning of Darkness

Monet and the Mystery of the Orangery

We get a small commission from any books sold.
All Bitmap Books
Written by
Heidi Fournier — June 22, 2004

The Messenger is one of the best edu-tainment games on the market. However, to think of it as merely a history lesson is too limiting and unfair to the sprit of the game. Though developed with the help of the Reunion des Musees Nationaux, it is more than just a guided tour of the Louvre through its 800-year existence; it’s a historical adventure in the best sense of the word. Yes, you will get to explore a number of areas in the Louvre and yes, you have detailed recordings of the historical importance of different phases of the Louvre’s development, but these add a historical dimension to an otherwise traditional adventure game. I tend to be a bizarre throw-back who loves those historically based and researched Cryo games from a few years back and The Messenger contains of all of the things I enjoyed about those games, but provides more entertainment value.

The premise is quite simple: Morgan Sinclair, a modern day Secret Agent, receives a message from her father imploring her to help him recover and destroy four artifacts that are hidden somewhere in the Louvre, much in the same way the main character in Amber: Journeys Beyond does. These artifacts, collectively known as the Keys of Satan (cue music), could destroy the world if they fall into the hands of the Black Templars, a splinter cell of the Knights Templar bent on avenging their fallen brethren.

Stealthily breaking into the Louvre, you come upon a numinous apparition that implores Morgan to return to the past, specifically to times when the Keys of Satan were know to have been in the Louvre. As you can imagine, this is a good hop-skip-and-jump from where we start the game in the present. But being sangfroid adventurers, we stow our crossbow and gas mask (basic inventory items in the game) and embark on a search and destroy mission for the Keys of Satan. 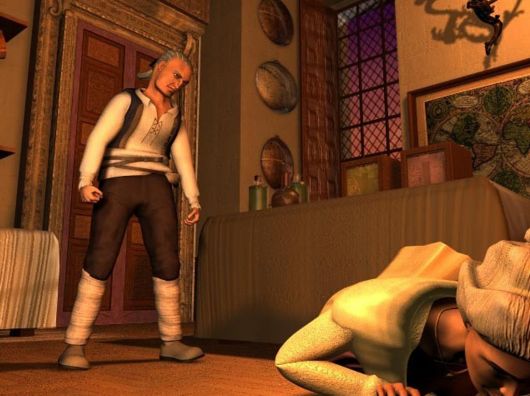 But in order to efficiently complete the mission, one must learn how to master their inventory, and this is no small feat. The Messenger has inventory space for only eight inventory items at time, and at any given point in the game you could be in possession of up to twice that amount. And while the game doesn’t tend to use inventory in overly creative or unlogical ways, there are one or two occasions where there is a tremendous amount of trial and error to find the right item. Luckily, you can store inventory in chests that are strategically laid around the game’s environments. Hopefully, you bring the right inventory with you after a brief stop at one of these chests or you could find yourself back for fairly regular visits. This is where the built-in map function becomes a navigational boon. Once a room has been entered and walked around, you can use your map to jump back to it at any point.

The graphics have a slight asperity, which only really solidifies into a concrete crispness in cut scenes. Considering the source material, I would have expected a more lavish display of rooms and furnishings. The lack of detail in the objects displayed by the graphics and their roughness is, in many ways, a betrayal of all the beautiful objects the Louvre has become synonymous with housing. It surprised me that this is the one weak area of game design in The Messenger.

Moving through the game will be a snap for anyone who has played an adventure game before, as it is based on a point & click interface. An arrow-shaped cursor lets you know which direction you can move and which you can’t--simple, but I must admit this type of manoeuvring system sometimes feels like herding to me. Ever so steadily, the player is herded like livestock to the right position; this can sour exploration to a certain degree. There are rooms that can’t be immediately explored or objects that can’t be viewed up-close until certain game design elements are triggered. But in a game like this where there can be a fair amount of pixel hunting, it doesn’t pay to sweat the small stuff. 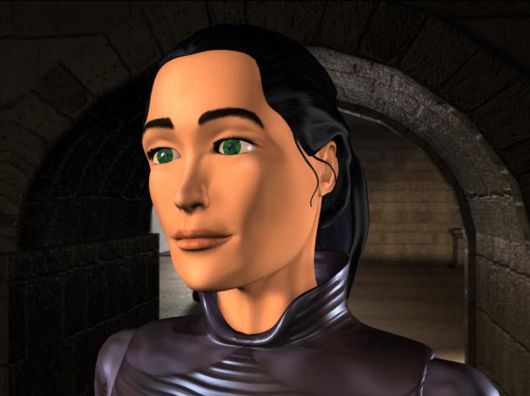 No matter where you go in the game though, you will be pleasantly taken aback by the understated and well-employed use of ambient sound. As many of you know, this is a particular point of contention with me; I dislike games that give into the almost primordial urge to blare music on their soundtrack. It is always harder to use restraint than to over-compensate and that philosophy very much serves the design of this game.

One thing that I don’t think serves any game is when you can die unexpectedly. This is the second title from DreamCatcher (the first being Mystery of the Mummy) that employs this narrative device and doesn’t bother to alert the player to it until they find themselves face-to-face with the great game designer in the sky. I do try to save my games often; one never knows when a game may spontaneously combust due to hardware problems or undiagnosed bugs in the game. In all fairness, the game does display a red warning strip that slowly ticks off your final minutes, but since you may or may not be carrying the appropriate inventory items you may need to follow the light a few times before you best you foe and make your daring escape. 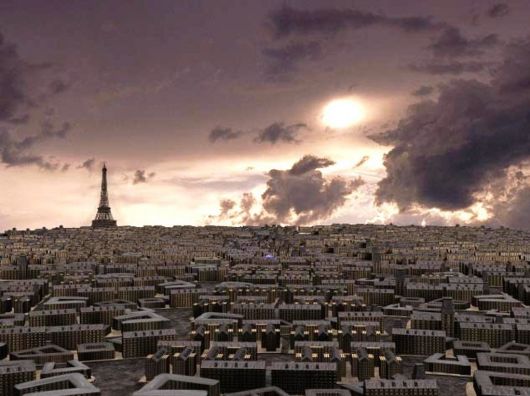 While this game has many characters, most serve as faintly disguised exposition pointers for the plot. I am not a big fan of having characters in the game used primarily as narrative window dressing--nice to look at, but ultimately meaningless in building interesting or significant communication. One-sided and hollow interchanges can help to advance a story, but ultimately don’t add extra significance to relationships that can offer meaning and interest.

I was very impressed with the vast majority of elements in this game. There were no extraordinarily difficult tasks to complete, and the game embedded clues and necessary information smoothly into the environment making it easy to access and interpret. The Messenger is not an overly long game, taking the average adventure gamer approximately 20 hours to complete, but I found them to be quality hours, full of keen explorations and interesting challenges. There were a few things that could have been improved, but in all most of the elements combine to create a remarkably entertaining and educational game.

The Messenger is available at:

A very entertaining game that successfully transcends its edu-tainment leanings.

GAME INFO The Messenger is an adventure game by Wanadoo released in 20002000 for iPad, Mac, PC and Retro. It has a Illustrated realism style and is played in a First-Person perspective. 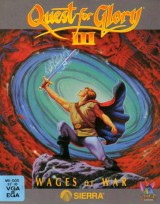