We get a small commission from any books sold.
Written by
Eivind Hagerup — January 29, 2004

The original King's Quest from Sierra was the one game that introduced me to the wonderful world of adventures. When first introduced to the game as a small kid, I was already an ardent computer gamer, although nothing could compare to this new, unique experience. To be able to control a character in such a manner, to be able to actually type in his actions, it was an entirely new experience! Now that I had been introduced, adventure games became my #1 hobby for several years to come, and the King's Quest series still stands as one of my favourite adventure series.

Unfortunately, after the Williams' sold Sierra, the company seems to have abandoned the adventure genre for good. All hope is not lost though, as Tierra Entertainment, “a group of highly motivated individuals determined to help revive the adventure game genre” (taken from Tierra's website), has continued the Sierra legacy by making remakes of the old adventure classics, enhancing them to more modern standards. Hitherto, they have made remakes of King's Quest 1 and King's Quest 2, and they're currently working on a remake of Quest for Glory 2.

Tierra's King's Quest 1 remake was released in August 2001, and the free download generated over 5000 hits the first month. For those who haven't played the original, King's Quest 1 puts players in the role of Sir Graham, who's been ordered by the king to retrieve the three lost treasures of Daventry. The disapperance of these three treasures has caused a disturbance in the land, and the dying king promises Sir Graham the throne if he succeeds on his quest. The plot seems quite primitive to adventure gamers of today, although in 1984, when the original King's Quest was released, the story seemed convincing enough to appeal to the general adventure gamer. Tierra didn't put any new elements in the story, which is fine, as it helps giving that old, nostalgic feel to the game. 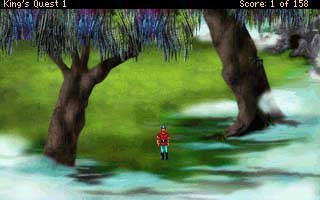 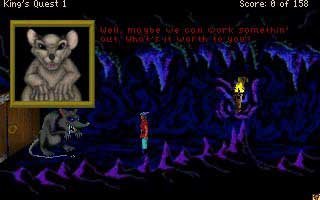 At first sight, the game immediately brings back memories to Sierra's later King's Quests. Graham looks like a younger version of the character seen in King's Quest 5, and also the brilliant backgrounds and animations resemble those seen in Sierra's games of the 1990 era. Tierra has brought back the traditional SCI interface, and old Sierra fans should immediately feel right at home. Tom Lewandowski of Quest Studios has produced the music for the game, rearranging Ken Allen's original MIDI files from the SCI version of the game, released in 1990. Lewandowski has succeeded in retouching the old tunes without destroying the old feel, and the music brings back memories of the earlier days of adventure gaming. The digitized sound effects and speech all sound fine, and Tierra has managed to bring back the voice of the original Sir Graham, as Josh Mandel has done a reappearance in the role. Too bad all his lines sound like they were spoken through a tin can, though.

When it comes to gameplay, Tierra has remained faithful to the original, and it would be wise to save often, as the game puts Sir Graham in several fatal positions. Expect to meet creatures such as ogres, wolves and trolls on your way. Also, don't be surprised if a dwarf suddenly leaps out of a bush and steals one of your key inventory items. On several occasions, Sir Graham can end in dead-end situations, as he lacks a essential inventory item from earlier on in the game. Some may be surprised that Tierra didn't remove these “flaws” from the gameplay, but I really believe that these matters help create the game's nostalgic charm. The puzzles are generally fairly easy, many of them taking their basis from well-known, classic fairy tales. It's interesting to notice that some of the puzzles have several solutions, although one could provide more points than the other.

When it comes to the technical side, I encounted a few small bugs and hang-ups while playing the game. Nothing too serious, though, as it really is necessary to save often to beat this game. The save game system could prove very frustrating. It works fine when there's only a few save games, but if you save often, the game may decide to randomly rearrange the list of saves. Very annoying, especially for me who likes to name my save games rather cryptic. 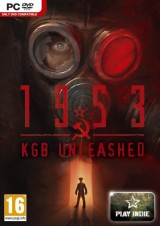