So you want to be a wizard? Nubbin Pureheart doesn’t – not really. The star of CastleAbra is a simple villager with a secret passion for cats and knitting. He enters an isolated castle as the apprentice to the infamous sorcerer Wizardo, who has captured Princess Myrna Loo. Nubbin worships the princess from afar and accepts the apprenticeship to attempt to rescue her. This fractured-fairy-tale path to true love is entertaining – if rocky – with droll dialogs, outrageous inventory-based obstacles, and sudden plot twists.

Assuming the role of the ginger haired, sad eyed Nubbin, you are a medieval dork who has stumbled into a castle full of traps. You are naïve and a bit arrogant, but your apprenticeship is transformational. Bizarre creatures confront you, forcing you to wax ruthless. Time and again, death claims you. Eventually, you will become an expert at using strange stuff to foil locked doors, mythical beasts and a distracted wizard. But does all of this make you a hero? Aye, there’s the rub.

Played from a first-person perspective, CastleAbra is a satire of fantasy adventure games set in a palace or fortress, where the protagonist is a treasure hunter or a magician, or a prince who doesn’t realize he’s a prince. Satires are hard to pull off. Designers walk a fine line between mocking traditional conventions and making the plot and characters authentic enough to engage an (often) traditional audience. This game lampoons various adventure genre tropes. Most doors are locked or nonfunctional, and challenges end with keys being tossed in your direction. You are told that the entire quest is dependent upon the contents of a sealed box. The princess is beautiful and pouty, the wizard is a comic book fanboy, the horned beast is evil (as is the horned door), and our intrepid nerd can hold his breath underwater for longer than ten minutes. 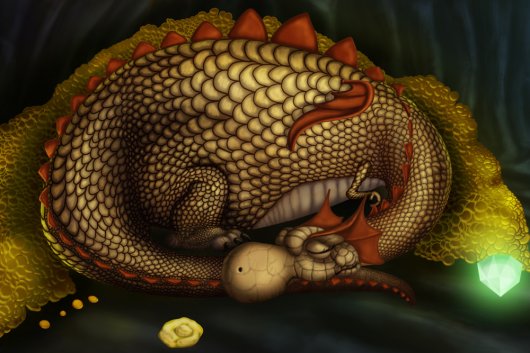 Still, CastleAbra is an old-fashioned adventure game at heart. The interface is point-and-click, the challenges all involve the use of inventory items, and there are frequent and formidable barriers to progress. Like older adventures, this game doesn’t have a hotspot finder. It doesn’t even have a smart cursor. You identify hotspots by clicking all over the screen, and you’ll know you’ve found one when a dialog box appears with a comment. You must also click to retire the text box before clicking around for more. Due to the many hotspots, with some in non-obvious places, you’ll do a lot of clicking.

Graphics are hand-drawn, colorful and quaint. The environments contain no ambient animation, so at times I felt I was making my way through a series of vivid graphic novel panels. Some of the sight gags are charming – like the wall painting with medieval witches dancing the Charleston. After exploring the castle and its grounds, including an underwater environment, you’ll be magically whisked away to a garden and mansion.

The mansion location features stylized graphics, but with a soft, watercolor-like effect. Here Nubbin is hosted by Wizardo’s snooty brother-in-law, Valentino, who insists that Nubbin don a different costume. The new clothes are snappy – despite the doily – making Nubbin more versatile than many other adventurers who wear the same shirt, slacks and (presumably) underwear from the opening screen to the ending credits. I would have dallied in Valentino’s lovely garden, but the autosave-only feature excluded a revisit. 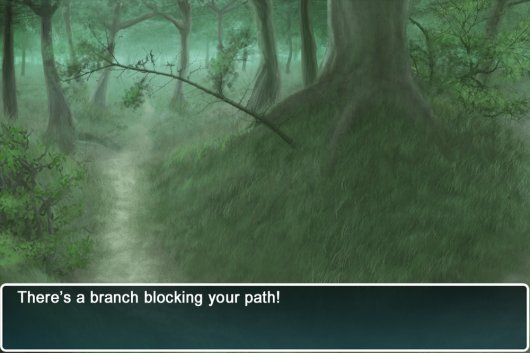 Silly wordplay, mild double entendres, and a few ridiculous puns enliven CastleAbra’s dialogs and hotspot descriptions. I found myself chuckling at the quirkiness and audacities. The game frequently uses a second-person narrative style similar to that of classic text adventures. For example: “This suit is empty. So it’s probably no danger to you,” or “A hamburger carved out of solid marble? ‘Whatever’ you think to yourself as you take it,” or “Your knowledge of knitting equipment has finally paid off.”

Characters are cartoon-like with exaggerated features, simple animations, and bold attire. They are not voiced, but when they speak, a portrait of their faces appears within the dialog box. Conversations are usually short and often caustic. The monsters threaten or tease. A raven bemoans all goodness and light. The pirate shouts random nautical terms. A unicorn offers the exquisite pleasure of her company, if only you’ll unlock her golden chain.

Of monsters, you will encounter all types: Vicious beasts. Nightmare creatures from myths and legends. Pink-haired, nose-ringed, and one-eyed villains. A few hapless victims beg for help, with mixed results. Here, I am obliged to reveal that you will indulge in unethical behavior in the course of this quest. It’s a tough job, saving a princess (kind of like running a country). Sooner or later, you’ll use questionable shortcuts. 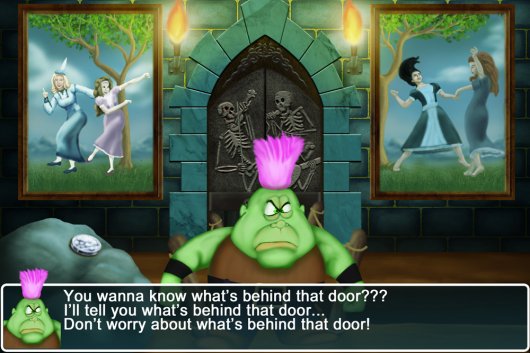 There is little background sound, though actions result in appropriate effects, as doors creak, a sarcophagus slams shut, and the dog barks when poked. The most frequent sounds are hisses when your fingers burn and the bopping noise that accompanies mouse clicks. The constant bopping basically becomes the ambient sound layer. Though I grew accustomed to it, silent clicking would have been an improvement.

The musical background is varied, going from dark, menacing orchestrations to a pleasant, rollicking melody with a flute and guitar – perfect for a sunny day or a walk along the ocean floor. The music runs on short loops, however, so certain melodies are repeated. By game’s end I had listened much too often to the choral “explore the castle,” and the electronic “beat this monster” loops. 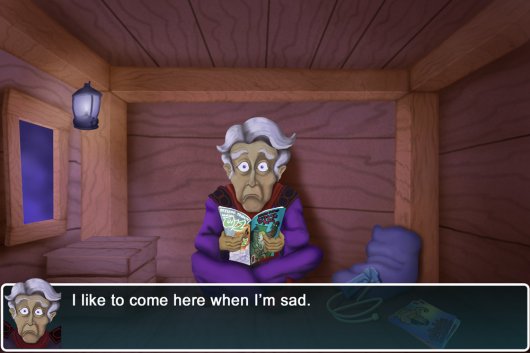 
CastleAbra provides about ten hours of gameplay for conventional adventure gamers (I’m in this category). On the other hand, if you are an unconventional thinker, or the type of gamer who can’t wait to sink your teeth into knotty puzzles, you will probably finish it in less time. Like many classic adventures, this game aims high in terms of difficulty. Clues for defeating opponents and obstructions are either subtle or nonexistent. For a brief moment, I thought I caught a glimpse of a hint system in the magic mirror, but it was just a tease.

Death results in an encounter with the Grim Reaper, who appears above a dialog box that celebrates your failure. These “non-achievements” reminded me of the death text panels from Zork Grand Inquisitor, and were preposterous enough to take the sting out of dying. After a description of dire, painful, or ludicrous fates, you are returned to the main menu, and can elect to continue the game from the moment before your demise.

Sometimes I had that light-bulb moment when victory over the impeding door, the carnivorous plant, or the giant frog was within my grasp. These moments were heartening, because in such a comedic, fantastical world of legendary creatures and out-of-the-box inventory items, puzzle logic can rely on magic, or humor, or metaphor. (The game explains the use of metaphor, just in case you weren’t paying attention in school.) 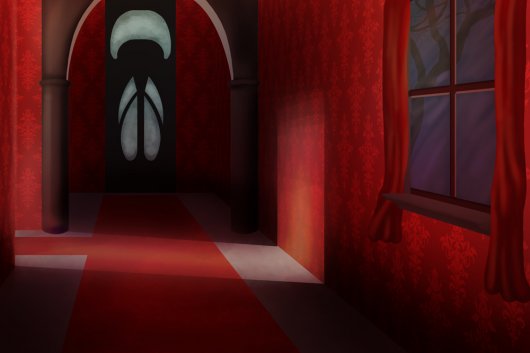 More times than I’d care to admit – usually during one of the multi-step puzzle sequences – my progress looked like this: try every item on every hotspot, attempt to combine items in inventory, die multiple times, go back through the gameworld to see if anything had been overlooked, refer to a walkthrough (thankfully provided by the developers). The walkthrough would obligingly indicate the one cleverly hidden (or very tiny) hotspot I’d missed. Alternatively, the walkthrough might inform me that an item I’d planned to use as a weapon merely needed to be neutralized, or that a barrier could, under the right circumstances, become a bridge.

I quickly learned that inventory items whose use seemed obvious almost certainly wouldn’t be employed in obvious ways (or they’d fail until processed further). The hammer couldn’t break glass. The ladder wouldn’t bridge a short gap. As I familiarized myself with the game’s brand of logic and interactivity, I attempted actions that weren’t commonsensical but suited the quizzical atmosphere. However, the WIZ-CO Brand Liquid Hand-Pumper didn’t de-desiccate the skeletons. The ball of yarn spun by the Fates didn’t distract the Sphinx cat. The scented hand and body lotion didn’t work on anything at all that I recall (I never did find the rub).

Flame-resistant gloves would have come in handy, but were never on offer. Items with no ongoing use remained in the inventory for the entire game, and were a source of disappointingly unfruitful combinations. In a particularly frustrating instance, an inventory combination that should have worked failed to “take” (perhaps because the items were on separate inventory screens). Sheer persistence, after confirming that the items were supposed to combine, finally won through. 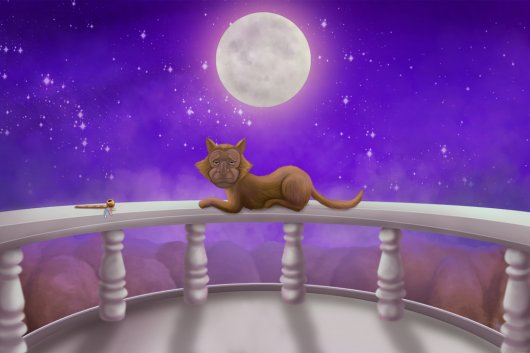 CastleAbra contains some timed challenges, though they don’t dominate gameplay. A few hotspots are recognizable for only brief periods as something changes on-screen. Occasionally, items must be retrieved quickly. One sequence near the end is time-sensitive, though once the pattern becomes obvious, it isn’t difficult to complete the steps in time.

Given this game’s tone and story arc, I anticipated a twist near the end. After experiencing Nubbin’s first pitiful attempts at standing up to Wizardo, seeing him forced to make hard choices, and grinning at his oddball victories over monsters, I couldn’t help wondering: would he finish as the hero? Or would he end up as the goat? The game’s closing moments suit the story and elicit the greatest depth of feeling for Nubbin. Seldom have I felt such empathy for an adventure game character as he finally discovers the reward for all his efforts.

CastleAbra’s quirky inventory puzzles and baffling hotspot hunts may have caused me to pull out a handful or two of hair. However, the humor, outlandish creatures, and the engagingly off-the-cuff protagonist made the moments of frustration worthwhile. This is clearly not a cutting-edge game with the latest bells and whistles. But for gamers with fond memories of old-fashioned comedic adventures, it will hit that nostalgic – yet irreverent – sweet spot.

CastleAbra is a whimsical romp through old-fashioned fantasy environments that will amuse gamers who can embrace its retro sensibility, zany scenarios, and tough inventory puzzles.

GAME INFO CastleAbra is an adventure game by CastleAbra Studios and Facepuncher Worldwide released in 2014 for Mac and PC. It has a Stylized art style, presented in Slideshow and is played in a First-Person perspective.

What our readers think of CastleAbra