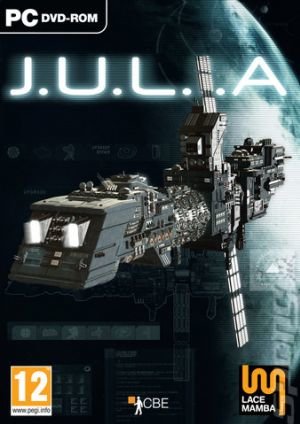 A story about a deep space mission gone horribly wrong and a female A.I. orchestrating the attempted recovery may not be entirely original, but it’s usually a recipe for some compelling sci-fi fiction. Add to that some gorgeous graphics, promises of strange alien encounters, and a thoroughly innovative approach to gameplay, and my curiosity was thoroughly piqued about J.U.L.I.A., the “logical video game” from two-man team Cardboard Box Entertainment. Fortunately, I wasn’t disappointed, as it proved to be an enjoyable and unique experience, with a wide variety of puzzles, diverse environments to “explore” (though not in the traditional way), and a clever integration of text-based adventuring to support its futuristic plot.

In the year 2430 A.D., astrobiologist Rachel Manners is awoken from cryo sleep to find the entire crew missing and her interstellar probe damaged by a meteorite. Assisted by the titular J.U.L.I.A., the ship’s artificial intelligence, her first step is to repair the craft, then find out what happened to her colleagues. She soon discovers that they left decades ago to search the nearby planets without her for reasons unknown. Their mission was to make first contact with alien species, so Rachel must now follow in their footsteps (more or less) across the six planets in the current solar system, where she encounters different races and some disturbing clues about the fates of her shipmates.

It’s an interesting premise, and although science fiction fans might think the story a bit clichéd, J.U.L.I.A. proves anything but conventional in its execution. Rachel and J.U.L.I.A. are joined by Mobot, a hulking controllable robot that does all of the field work. Rachel and J.U.L.I.A. never actually leave the ship during the game, so it’s Mobot that explores the planets below, sending video feeds back to the probe to allow for remote guidance. The only other characters in the game are a few aliens and several dead bodies, although the latter is never graphic, merely suggestive, like lifeless legs sticking out from behind an obstruction. There is also an occasional narrator (whose presence is rather awkwardly never explained) who describes the scenes on the planets. 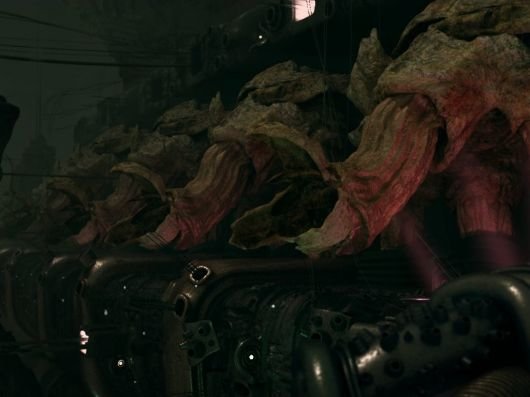 Aboard the probe, everything is controlled through a computer interface with functions that include ship repairs, Mobot upgrades, and the ability to harvest material from planets. When Mobot is sent to the surface of a planet, he (it? His voice sounds male, at least.) isn't controlled directly, apart from two planets that allow movement on a grid-based map. Since you can only see a specific still, grainy image from Mobot’s current perspective, the narrator describes the immediate surroundings and informs you whether there is anything to interact with. Like a sort of graphical text adventure, you can then tell Mobot what to do by choosing from the available dialogue choices. There are no right or wrong answers to worry about, as you’ll end up choosing all options eventually.

Puzzles in J.U.L.I.A. are plentiful and widely varied in both type and difficulty, although all of them are fair. Clues can be found scattered around the planets, and writing some of the information down is necessary, since there’s no journal to record it. There are no inventory puzzles per se, since there is no visible storage compartment. You can instruct Mobot to pick up items, but their use is available only through the text-based options in context. The many logic puzzles range from decoding a cipher to matching star patterns with a map to creating upgrades from blueprints by connecting circuitry with limited pieces. A few are repeated multiple times, increasing in difficulty as you progress, but the impressive diversity overall keeps the experience fresh as you move from one planet to another, continually confronting new obstacles.

For each puzzle, there is an available icon to explain the objective and give small hints on occasion. The only time the game provides more help is during a particular math puzzle, where it offers to do all of the calculations for you, leaving you to simply input the solutions. There is no in-between on this puzzle, so either you do all the mathwork yourself or let the game do it for you. On some puzzles there is a “give up” button, but this does not solve the puzzle for you; it merely exits to the previous screen so you can try it again later. It isn’t always possible to back out once engaged in a puzzle, though you can save and quit the game at any time. After the initial planet is explored, you can choose any of the six planets to proceed, but access on one planet may depend on progress from another, so the game is pretty linear overall, and puzzles have to be done in a certain order. 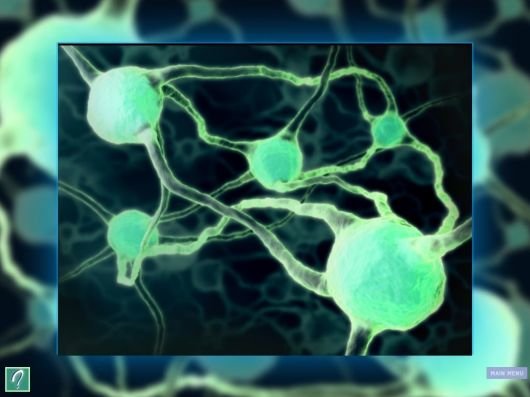 Not only are the puzzles entertaining, they’re often well integrated into the plot. Some are run-of-the-mill adventure puzzles, such as opening a locked door by connecting wires, but others are quite unique, including learning an alien language by matching lines. One repeated minigame is resource harvesting, which consists of moving the cursor across a display of each planet’s surface to match a graph of material composition to another that represents the actual raw material below. However, the cursor also turns a more vibrant shade of green when near a resource, so it’s significantly easier to simply watch the cursor instead of the graphs. There are also some time-sensitive dexterity puzzles, but most of these are manageable and any you fail the first time allow you to repeat the sequence over again. Only one challenge is incredibly annoying, where you have to keep a constantly moving target inside a specific area for a period of time. If you allow it to drift outside of the target area for too long, the minigame ends and Mobot dies. Yes, it is possible to kill Mobot in a few places, but if that happens the sequence simply starts over with no penalty.

The graphics are gorgeous in J.U.L.I.A., though many scenes are split up into multiple smaller images on the screen, with the rest devoted to Mobot’s heads-up display. Each planet has a vastly different look or distinctive feature, from an icy world with temperatures far below freezing to one with rocky spires towering above the clouds and a lush jungle planet filled with strange alien architecture. The textures make each scene look real, from the rippling water covering one planet to the desert sand on another that makes you feel parched just looking at it. The cutscenes are beautiful and detailed, including Mobot motoring around underwater and Rachel’s probe travelling to different planets, while the aliens look suitably extraterrestrial and are different enough from each other to easily differentiate between them. 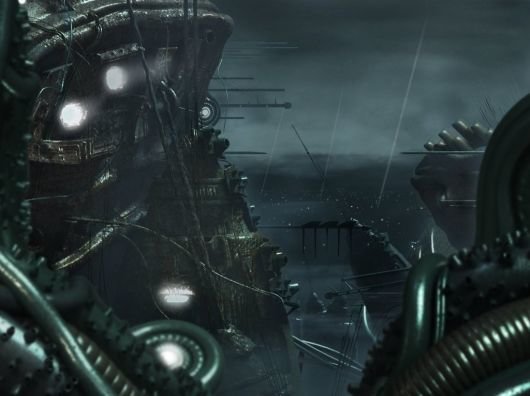 Characters are usually seen only in a small dialogue box when speaking, other than when Mobot appears in cinematics. Subtitles are used throughout the game and can’t be turned off, but dialogue can be skipped through by clicking the mouse. Lip synching is virtually non-existent, and occasionally lips will continue to move even after the voice has stopped. On a couple of occasions, the subtitles say something completely different than what the voice actor speaks, changing the whole premise that doesn’t make sense in context. All of the voice actors are solid, including the machines. Mobot is voiced by a computer (the TextAloud program), but still manages to sound like a human reading a computer part. There are plenty of other sound effects that fit the diverse environments (even birds chirping!), and the music varies wildly from technical machinery beeping in tune to tribal chanting and Eastern strings.

The story deals with some moral issues, such as our propensity to compound mistakes by covering them up and whether alien lifeforms have just as much right to live as human beings, and at times it is laid on a bit thick. The game constantly mentions that Rachel is the last person alive, emphasizing what that entails for her until you reach the point of “been there, done that, let’s move on.” One very dramatic scene is held for so long that it stops being heartwrenching and starts being annoying. Other than this small complaint, however, the story is an interesting journey into humanity’s first contact, exploring the notion of whether we are truly ready yet.

Rachel begins the game with an attitude about being the last person left behind, but soon settles into a fairly bland role mainly as a story facilitator. By the end, however, her reactions and decisions based on everything she has learned become an important focus of the story. J.U.L.I.A.’s often human-like exclamations seem jarring coming from a computer, though this is explained by an emotion chip that lets her experience empathy, and this proves an important point before the end. Mobot is surprisingly personable, seemingly keenly aware of his own mortality despite being a robot. The alien races vary from a primitive god-worshipping tribe to advanced aliens that can directly use Mobot to communicate, and it is interesting to learn about their culture and what they believe.

The game offers a warning when you’ve reached the last opportunity to save your progress, which is nice since there are two different endings depending on a crucial ethical decision you make, so you can easily go back and see the other ending after exploring the first. You should arrive at that decision somewhere around 5 or 6 hours in, depending on how fast you manage to solve the puzzles, though I found the time really went by quickly. Plenty of varied puzzles will appeal to players looking for a challenge, and the story of humanity’s dealings with others and itself will draw you into its sci-fi mystery, while the decisions you’re forced to make will resonate long after you’ve left the game behind. There are really no games out there quite like J.U.L.I.A., and anyone interested in something a little different will be rewarded with a fun experience that’s well worth the time and effort.

J.U.L.I.A. is a unique and thoroughly enjoyable mission of remote planetary exploration and puzzle-solving.

GAME INFO J.U.L.I.A. is an adventure game by CBE released in 2012 for Mac, PC and Linux. It has a Illustrated realism style and is played in a First-Person perspective.