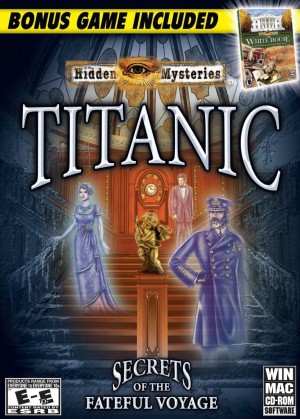 Castle: Never Judge a Book By Its Cover

We get a small commission from any books sold.
All Bitmap Books
Written by
Andrea Morstabilini — April 26, 2010

Note: The following review is based on the retail release. The download-only version includes additional casual gameplay not covered here.

There is something inherently epic and tragic about the fate of the RMS Titanic. The loss of a ship deemed to be unsinkable on its maiden voyage is powerful material that offers almost countless dramatic possibilities. So it was with great anticipation that I approached Hidden Mysteries: Titanic - Secrets of the Fateful Voyage, hoping to experience an engrossing tale of impending doom and loss, of social iniquity and catastrophe. Unfortunately, this fairly casual adventure presents a rather cringe-worthy story, and it misses the opportunity to exploit its fascinating setting, settling for a petty, underwhelming tale that even the game's numerous puzzles can't save from sinking into mediocrity.

If I had a penny for every developer who thinks that throwing in an Egyptian mummy instantly makes a game mysterious, I'd be rich. Unfortunately, there are very few games that nail this particular mythos, while most others can't help but seem like a ridiculous parody. Add Hidden Mysteries: Titanic to the latter group. The problem here is that the theme feels so contrived and out of place that when I stumbled upon it early in the game, I felt the urge to bang my head against my desk: why on Earth would a young lady, after accidentally discovering a hidden passage inside her stateroom that leads deep into the bowels of the ship, open up a thousand-year old sarcophagus and steal the ritualistic shroud from it? And why was the sarcophagus on the ship in the first place? Unfortunately, the answers are barely tacked-on and entirely disappointing, offering no plausible justification for diverting our attention from more immediate, relevant matters.

But let's take a step back. HMT actually opens quite well with Margie, a bright young woman recently married to a nouveau riche, preparing to board the luxury liner. The ship is taking the couple to the New World, where they hope to build a life outside the social restrictions so common in Old Europe. However, the start of Margie's voyage is ruined by the sudden reappearance of her mother, who, never content with her daughter's marriage, has come to the docks to convince her not to depart. This opening premise is realistic for its time period and well written, as are the problems between Margie and her husband, who’s too preoccupied by social etiquette to care about his wife's feelings. This conveniently leaves Margie alone to explore her cabin, but the problems with the story begin to crop up right away. The realistic backdrop is quickly wasted away with unbelievable gimmicks – hidden secret passages, riddles inscribed on statues, derivative plumbing conundrums – and the writing soon lapses into contrived dialogues with a caricatured supporting cast like a ruthless tycoon and a fraudulent psychic. 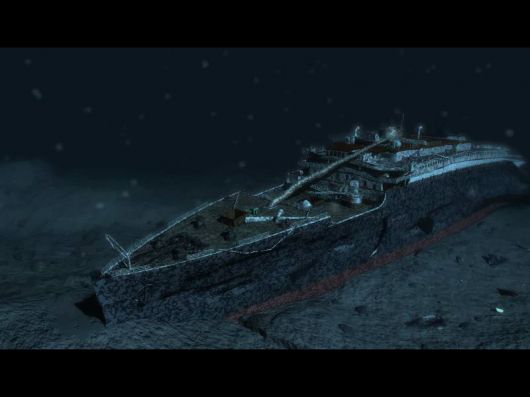 Margie travels through the ship using standard slideshow-style point-and-click controls, with limited freedom to explore several locations at any given time, accessed only by a map. This setup works well enough, but from the moment Margie finds the sarcophagus, the plot freefalls abruptly. Things get a little better later in the game, after the Titanic crashes into the iceberg, because the dramatic potential of the setting mightily sweeps away all the Egyptian nonsense and allows for a genuine and quite powerful crescendo of tension. Still, most of that is thanks to the real history of the ship rather than some forgettable conversations: I'll go with you, Mother. Robert is capable of taking care of himself – I'm not so sure you are.,” says Margie while the ship is sinking and everyone is screaming and running for safety around her. If there’s one redeeming quality of the script, it’s that it allows for two slightly different ending sequences, depending on a choice you make near the finale, though neither is particularly memorable.

At least the production values fare a little better, with nice pre-rendered backgrounds and a catching music score. While certainly not jaw-dropping, the graphics are suitably crisp and clean and the character models, albeit a bit cartoony and overly round, are quite pleasant to look at. The ship displays some nice textures, especially when it comes to wood and precious materials, like gilded frames or polished wall clocks, and every location – from a luxury cabin full of statues and ornaments to a steamy cargo hold, from a flooded corridor to a cozy kitchen with onions hanging from the walls and fish and potatoes cluttering the counters – is quite detailed. The sound effects are equally realistic, especially when it comes to water, while the music makes good use of a classical score and ominous drums from time to time to highlight the suspense of the situation, and is always a pleasure to hear. Unlike many casual titles, this game is fully voiced and is generally quite good, with only a couple of notable exceptions.

However, if I want to see something visually stunning about the Titanic, I'd probably watch James Cameron's blockbuster again, and since Hidden Mysteries: Titanic is a (lite) adventure game, its puzzles are what help make a difference. The game's approach is clearly quantity over quality, and in the seven hours it took me to complete it, I had to solve almost a hundred challenges. These tasks vary from quite easy (retrieve an egg from a boiling pot; arrange some books in a particular fashion; numerous scavenger hunting sequences) to really difficult (a card game which is frustratingly unclear in its rules; using a Morse code receiver), with dozens of minigames thrown in between, like moving Margie through a darkened maze of corridors. Most activities require nothing more than a sharp eye, but at least on one occasion – another painful game involving shuffleboard with ice discs – some good hand-eye coordination will be necessary. 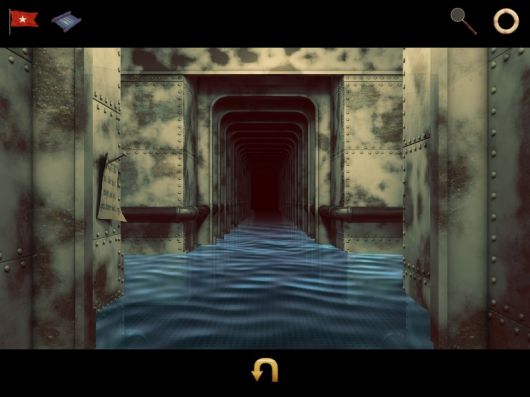 Anyone considering this game should also prepared for many hidden object segments as well. If item searches are not your cup of tea, I highly doubt you'll be able to enjoy the experience here. The graphic quality is pretty high here as well, with items easily recognizable and welcome attention paid to furnishing and decor. But while they are generally well-executed, sometimes they are terribly implemented, severely breaking the feeling of immersion. For example, I had no problem with finding ten motion sickness pills in a messy cabinet, but scouring a communication room in search of a leaf, an egg, and the number three is too far-fetched for the game's own good. Other lite adventures have achieved a better balance between casual hidden object and traditional adventure gameplay, as Titanic misses the mark at times and it's way too easy to forget everything about the situation at hand when trying to find the umpteenth elusive item. It should be noted, too, that the downloadable version of the game has even more hidden object sequences than the retail PC edition, which is the version this review is based upon.

The more adventure-like puzzles fare decidedly better, as they can be quite entertaining in their own right, and there is a great variety offered. From fairly straightforward inventory puzzles to tile games, from elaborate locks to pry open to color-matching challenges, HMT should offer a little something to every puzzle lover in need of a fix. Unfortunately, the integration of these puzzles is also poor at times. For example, during her first foray into the secret passageway, Margie eavesdrops on a private conversation between an archaeologist and someone trying to get him to reveal the combination of the crate concealing it. The following discussion is ridiculous and clumsily written, clearly inserted for no other purpose than to introduce a clue-based dialogue sequence. Even with all these puzzles, however, Hidden Mysteries: Titanic is not a difficult game by any stretch of imagination, and in the rare case that players may find themselves stuck, there's a handy hint system and the option to skip certain puzzles altogether.

Despite the refreshingly realistic opening premise and the allure of the ship itself, it's difficult for me to recommend this game. While casual adventure fans may find the gameplay entertaining, the hackneyed plot and underwhelming characters will likely drive away fans of story-driven adventures, and though puzzle lovers are treated to many brain-teasers here, there are surely more compelling challenges to be found in titles like Professor Layton and the Diabolical Box. This reference to the popular DS puzzler is not random, since Hidden Mysteries: Titanic is also available for Nintendo's handheld device. I had a chance to try out the first hour of this version, and while everything is pretty much the same as its PC counterpart, I found this kind of lite adventuring better suited to portable DS format, with little chunks of play enjoyed on the go or relaxing on the couch. Regardless of system, though, there really isn’t enough to fully enjoy here other than the sheer quantity of puzzles. Nonetheless, if you're a Titanic buff or looking for something lightweight between more substantial games, Hidden Mysteries: Titanic can provide quite a few hours of mild fun if you can hold on tight enough to ride out its disastrous storyline.

Hidden Mysteries: Titanic can be a pleasant enough diversion if you're interested in a very lite adventure with tons of brainteasers scattered along the way, but it badly squanders its fascinating subject matter with a lackluster story.

What our readers think of Hidden Mysteries: Titanic - Secrets of the Fateful Voyage