If there’s a single experience every adventure gamer has shared at one point or another, it’s that moment where we look to the heavens (or in that general vicinity) with mouth agape in a quizzical expression and exclaim, “WHAT were they thinking??!!”

It’s time to find out.

No, you won’t find the answers to those particular game-related perplexities, but Adventure Gamers’ new (hopefully) monthly feature called “Developer’s Desk” will offer a first-hand glimpse into what’s on the minds of your favourite game designers. The topics can be anything: recent news, industry concerns, genre trends, memorable moments, insider anecdotes… even all the latest gossip (hey, we can dream, can’t we?). The choice will be theirs. We sometimes forget that they’re real people with real ideas, concerns, and personalities of their own, and we hope this feature will be one way to help bridge that gap.

Our first guest columnist really needs no introduction, as you undoubtedly know him by his games if not by name. Author, cartoonist, and of course acclaimed developer of Revolution’s Broken Sword series and more recent freelance work on So Blonde, Steve Ince is not only a renowned industry veteran, but one of the rare few that keeps in regular touch with gamers on a grassroots community level. A longtime genre supporter and ever-available for dialogue about gaming issues, Steve was a natural first choice to kick off the new feature.

We Live In Interesting Times

Interesting times can give rise to very mixed fortunes. The current economic recession is a prime example of that, with the games industry as a whole faring better than many others, although numerous companies have laid off staff and still others have closed altogether. There has been a lot of tightening of belts, and I’m sure we all feel for those who have lost out, but generally speaking there is much to be excited about.

Even in the backwater that is the adventure genre we can see exciting and positive things ahead. It’s as if some have (re)discovered the map that brings them here, while others have not even realised the map exists and found their way here anyway, blazing a trail from a different direction. Still others are going to find that they’re about to crash land here whether they like it or not. 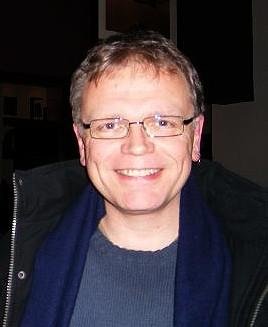 Just in case you’re reading this and wondering what the hell I’m wittering on about (“Ince has finally lost it, shocker”), please bear with me and I’ll hopefully make myself clear.

There have been a number of recent developments that, on their own, may not seem remarkable news for the adventure genre, but taken together they offer up an interesting potential trend, and hopefully something for all of us to look forward to.

Okay, the first of these developments IS directly related to the genre and caught many by surprise (except a good friend of mine who kind of predicted it last year) – good old LucasArts has realised that there is still a lot of potential wrapped up in their old adventure IPs. With a re-working of the first Monkey Island game and a new series of Monkey Island games from Telltale Games, suddenly the adventure genre is news again and journalists using the 'D' word when writing about adventures are notably fewer in number. Did we enter the Twilight Zone at some point in the last couple of months?

The LucasArts development follows hard on the heels of an increasing number of adventure games appearing on so-called “casual” gaming portals. Some of them are re-releases of older adventure games and others are hidden object games that have incorporated adventure gameplay elements in them, and many bear more than a passing resemblance to games like Myst. If you look at the top ten of Big Fish Games, for example, adventure style gameplay features very heavily in many of the games positioned there, which suggests that players are buying them in healthy numbers. The purists among you may not like this aspect of adventure genre development, but I think it’s a path of which we’re only at the beginning and it will be interesting to see where it leads over the next couple of years. Perhaps this is something Adventure Gamers can explore in more depth and cover on a more regular basis.

Another recent development (well, recent-ish) is the way Sony have swung their weight behind David Cage’s game, Heavy Rain. Now, Fahrenheit (or Indigo Prophecy) was definitely a love it or hate it kind of game with no middle ground, it seems, but you have to take your hat off to Cage for the things he’s trying to do. It’s better to try and miss the mark than not to try at all. From what we’ve seen of Heavy Rain so far, I’m sure we’d all agree that there’s something pretty impressive taking shape here. Yes, there may be questions about the gameplay and whether it even comes close to being an adventure, but it seems to be much more than just a straightforward action game. Fingers crossed. Not that I have a PS3, mind, so it’s a bit of a moot point at the moment.

It may seem that I’m covering ground that’s already been discussed a number of times before. I’ve even done so myself with regards to “casual adventures”. However, just today (as of writing the first draft of this piece) I saw two items on the internet that, when combined with the above could lead to interesting conclusions if you’re prone to seeing things in a similar way.

The first item was the news that family games are now the most popular type in the UK. I know they’re mostly talking about games like Brain Training and Wii Fit, but the fact that in the last year in the UK we’ve seen TV advertising for the likes of Professor Layton, Hotel Dusk and Another Code shows that Nintendo sees this kind of game as important to developing a broader player base. We’ve also seen the DS rise as a natural home for the adventure game, but increasingly the Wii also has a lot of potential in this market. There has been the recent release of Broken Sword on the Wii (and DS) and later this year will see the release of the Wii/DS version of So Blonde. From the outset, dtp realised the potential of this market and wanted a version of the game that wasn’t just a straight port but a “re-imagining” of the original story (see the AG preview for more details).

Clearly, the markets are broadening for the adventure genre, and that’s always going to be a good thing for those of us creating the games, isn’t it? Well, maybe. That’s where the second of today’s items comes in.

On GamesIndustry.biz there is an interview with Ray Muzyka and Greg Zeschuk from BioWare. It’s a very interesting read in general, but I was fascinated by the fact that they think we’re at the point where AAA game developers can think about dropping combat from their titles and place the games in a more real-world setting. So I started thinking about this a little and what type of games would we be talking about? What kind of games would appeal to a broader demographic?

If you take the combat out of recent Tomb Raider games for instance (and if you play them on easy they have very little combat anyway) they just become 3D platform games with a relatively shallow story. This isn’t the kind of thing the BioWare guys are referring to because they talk about much richer narrative experiences.

So, let’s take a look at one of their own games – Mass Effect. Clearly a title deserving of a triple-A billing and one with great scope. If you took out the combat and transposed it to a real-world setting, what would you have? Would it not become an adventure? You could, of course, argue that it would still be an RPG, but without combat and all the skill development that goes along with it, is that really the case?

It seems to me that the only way you can tell a compelling story in a game that’s set in the real world and without combat is to make it an adventure. Maybe not quite using controls that we’d be familiar with, but an adventure nonetheless. Personally, I can’t wait for it to happen. Oh, wait... it’s already happening.

For instance, just take a look at the work that Martin Ganteföhr and his team are creating over at House of Tales. These are already great looking games – just imagine what those guys could do if they had the kind of budget that BioWare generally have at their disposal.

Better yet, imagine what any of your favourite adventure developers could do with a triple-A budget: Jane Jensen, Telltale Games, Revolution Software, Wizarbox, Autumn Moon, etc. I don’t know about you, but I’m smiling just thinking about it.

But – and it’s a pretty big but – is this ever likely to happen? When the publishers realise that there’s an awful lot of life in our wonderful genre, will they beat paths to our various doors? Or will they give the money to the BioWares of the world who have great experience at producing AAA games but have yet to produce a non-combat story-driven game? Hmm... I guess only time will tell.

It’s funny that they mentioned a romantic comedy game. I have a proposal for such a game that I tried shopping around in Leipzig last year. Current adventure publishers have no interest in producing a game of this nature, so it would be ironic if one came out of a company like BioWare first.

We really are living in interesting times that have the potential for great things for the adventure player. However, as always, it’s not clear what kind of future is in store for current adventure developers. I hope that we can all play an important part in the genre’s development – it IS something we love doing after all.

For more from Steve Ince, be sure to check out both his personal and Juniper Games websites.