We get a small commission from any books sold.
All Bitmap Books
Written by
Kim Wild — December 16, 2006

Although adventures come in different shapes and sizes with varying themes -- investigation, supernatural, horror, science fiction or fantasy settings -- every now and then a game will come along that tries to break boundaries within the confines of the genre. In Memoriam, otherwise known as MISSING: Since January in North America, was one such game that cast aside conventional gameplay, requiring players to search the Internet for clues and solve a series of standalone puzzles left by "The Phoenix", an infamous serial killer. EVIDENCE: The Last Ritual is the follow-up to that game, featuring even more cryptic puzzles to unravel in order to track down the killer once and for all.

In EVIDENCE, the Phoenix is once again up to his old tricks, committing a series of murders which the local authorities are too baffled to solve due to his skill at covering his tracks. The only clues come in the form of obscure puzzles on a set of CDs sent to the International Committee for the Phoenix's Arrest (ICPA) by the Phoenix himself. Unable to solve the puzzles, the authorities have released the discs to the public to find important clues and analyze the discs' contents, and this is where the player comes in. In order to put an end to the Phoenix's reign of terror, you'll have to solve all the puzzles and locate his hiding place before the killing spree starts again. EVIDENCE stays true to the formula of the previous game, yet as it features a self-contained storyline of its own, it's not essential to have played In Memoriam to progress.

Upon installation, you'll first need to register a user name and email address to which you want all online communication sent. There you will receive a password for logging into the game each time you begin play. After playing through the first few puzzles that serve as something of an introduction to the main course, an unobtrusive tool bar at the side of the screen will become accessible, which features shortcuts to your web browser, email, movie clips and tools unlocked throughout the adventure. 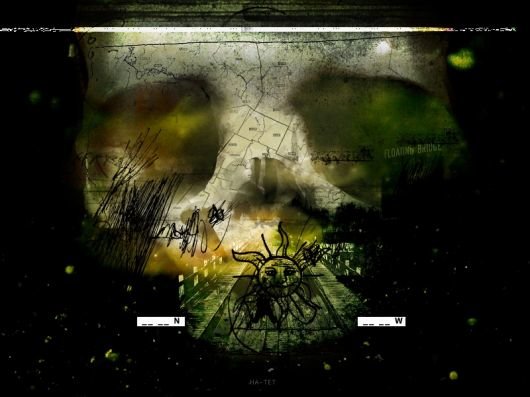 You'll also be able to access the Phoenix Investigators website, a hub for all the players of the game. The website regularly updates with news flashes of how the case is progressing, adding to the authentic feel of a real-life investigation, and it features a searchable database of all the people who have registered so you can communicate with other players and form teams to solve puzzles if you so desire. There are links to other websites going into detail of past murders by the Phoenix, which provides a good background into his behavior. Articles can also be posted and those from other investigators can be read. Other players' progress of their most recently solved puzzle will scroll across the screen so if you happen to be stuck, you can email them for hints. Although it isn't necessary to use the website to solve the game, it definitely adds to the overall experience.

In the game itself, there are eight levels of puzzles in all, and each level contains a series of doors with Egyptian-based names such as ARAT and ZAN. Clearing each door will then reveal a code which must be entered in order to reach the next level. Thankfully, the puzzles on each level can be solved in any order. While eight levels may not sound like much, there are 36 doorways in total, some of those with multiple stages, and their complexity will ensure you'll be playing for at least 20-30 hours.

EVIDENCE uses a first-person perspective, although unlike many first-person titles, each puzzle in this game is confined to a single screen. Each individual screen has a rather abstract style, comprised of a mixture of cut-up photographs, words, maps, crazy illustrations, moving diagrams, symbols and paintings. Although not gory, some of the images are potentially disturbing. Pictures of women held hostage, blood stained doodles, and eyes scratched out of faces, to name just a few, reflect the disturbed nature of the Phoenix's mind and emphasizes the fact that this game isn't for those who are slightly squeamish. 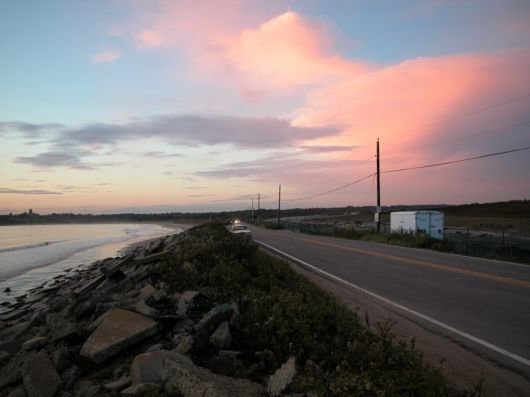 With the exception of some background imagery, many of the visual, audio and interactive elements on the page are clues to solving the puzzle, which may require you to type in such things as a place name, the name of a templar Grand Master or enter specific dates. How you reach the solution depends on the type of puzzle involved, which can range from sound-based challenges, looking up map co-ordinates, searching for keywords on the Internet, researching historical pictures, piecing together photographs, or a culmination of different types of activities. Sound puzzles usually involve stringing together clips to echo a name or play a melody heard on the radio. Although you repeat several of the same actions throughout the game, the variety of clues, presentation and ways to reach the solution ensures that it never really feels like the same puzzle on loop, although Internet searching can become repetitive.

One of the main complaints of In Memoriam was the number of timing puzzles demanding dexterity. Thankfully, only a couple of these are present in EVIDENCE, such as a Tetris-style word game where the correct letters have to be quickly placed into the right slots to form the correct word without being intercepted by skulls (which make the letters disappear). The result of this focus shift is a far more consistent sense of deductive puzzling, as opposed to a collection of disjointed mini-games.

The live action video clips featured throughout the game follow the thread of two storylines. The first features a familiar face in Jack Lorski (from the original game) and Manuela Ortiz, who are on the trail of a serial killer who appears to have a different M.O. than the Phoenix, while the second has Jessica Moses on a search for her missing brother, assisted by her best friend Sharon. These clips are unlocked gradually by the Phoenix as a "reward" for solving particular puzzles. The acting featured is spot on; you really can believe that the individuals involved are genuinely starring in their own documentaries and not part of a game. Somewhere near the middle of the game, the two storylines converge into one and develop into a dramatic climax, although it's a somewhat disappointing ending that leaves far too many questions unanswered. In later stages of the adventure, some of the clips become creepier, even featuring dead bodies and dark foreboding shadows. Although you know it's not real, the portrayal of the characters and sinister goings-on can be genuinely unnerving. If there is one complaint, some of the films are too scratched and grainy, making it a little difficult to see what is happening, although in some instances this can make events even more disturbing. 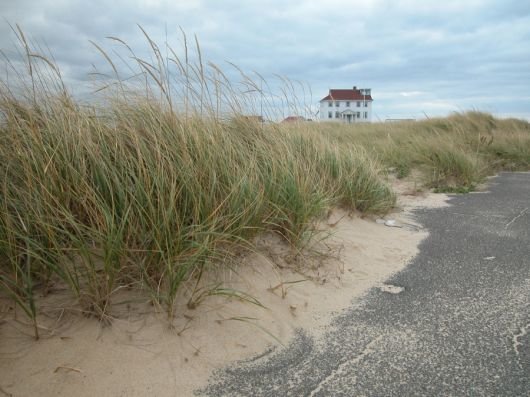 Whether you register at the Phoenix Investigators website or not, players are never totally alone while playing EVIDENCE. As puzzles are opened up, even if they remained unsolved, fictional characters will email you offering important clues for your investigation, useful website links and tools that can be downloaded. The information offered to you delves into the world of Egyptian mythology, the Knights Templar, secret societies and biblical conspiracies, expounding upon the material featured in many of the puzzles, which in turn reveals the motives behind the Phoenix's ritualistic killings. The cryptic messages from the Phoenix between each level highlight his sadistic nature and the demented workings of his mind.

The tools are slowly unveiled to you as required, including a text decoder (unscrambling strings of numbers into key words), image analyzer (finding hidden images in pictures), video decrypter (revealing secret messages in video clips), tracer (tracking the Phoenix) and finally a root kit, used to access a secret website. These can be selected via the tool bar and are easy to use. While not strictly necessary, it pays to be online at all times while playing so you can check for incoming emails that may unlock an all-important clue or tool. Better yet, the Phoenix himself will send intimidating emails from time to time just to rattle your nerves. 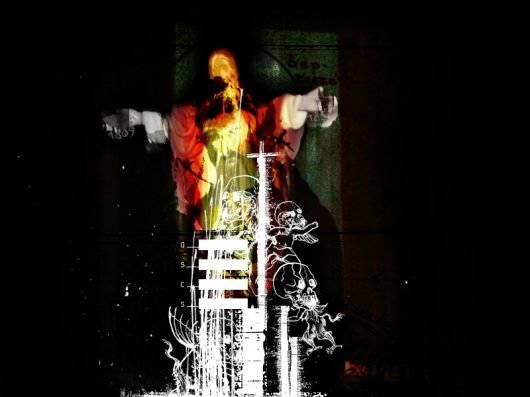 While the inventiveness of the puzzles represents one of the game's main strengths, their difficulty can sometimes be its downfall. Clues can be very obscure, leaving it unclear as to what the next step should be, and it's not unusual to discover you've been researching a keyword that's completely on the wrong track. Many puzzles require substantial lateral thinking, making it very easy to over-think others, essentially making them more complicated than they really are. Some puzzles occasionally assume pre-existing knowledge. For example, one involves pointing out the errors in a painting by Raphael. Unless you recognize the painting and know its name, it can be very hard to know what to look for. And make no mistake: this game is rock hard. I lost count of the moments I wanted to tear my hair out in frustration and had to look for hints for specific puzzles. It is quite likely that less determined players will give up in the early stages of the game because of this, and miss out on some of the more inventive puzzles and developing storyline later on. While I really enjoyed playing this game through to the end, this high difficulty level hampered my progress at multiple times and became a source of frustration.

Aside from its own predecessor, EVIDENCE: The Last Ritual is quite unlike any other adventure game on the market, and is ideal for those who are looking for something a little different. It's not for the faint hearted, however, either in subject matter or in terms of difficult puzzles, so if either of those don't appeal, you'd best look elsewhere. But if you have the patience and determination to persevere through some of the Phoenix's most challenging tests yet, you'll find a captivating, intriguing game that kept me gripped to the screen for the duration.

Although insanely difficult at times, EVIDENCE is a compelling take on the tracking of a serial killer. You'll need a lot of patience to see it through to the end, though.

GAME INFO EVIDENCE: The Last Ritual is an adventure game by Lexis Numérique released in 2006 for PC. It has a Live Action, Stylized art style and is played in a First-Person perspective.

What our readers think of EVIDENCE: The Last Ritual