We get a small commission from any books sold.
All Bitmap Books
Written by
Kim Wild — November 4, 2005

Everyone's favourite female detective is back for another rip-roaring adventure in Last Train to Blue Moon Canyon, which takes place on an old train with an even older mystery. Not surprisingly, for better or worse, the game adheres closely to the existing formula of the enduring Nancy Drew series. However, the mobile location should prove a nice change of pace (literally) to longtime fans, and a couple new faces add a little something extra to the experience.

Like the previous twelve games, Last Train has clearly been created with younger gamers in mind, although not to the point of alienating older, experienced adventure gamers. Before even beginning the game, you're provided with an optional tutorial that goes into great detail about the controls. It's a useful feature that does a good job explaining the basics of the game. A Junior Detective mode is available for younger adventure fans, which contains some slightly easier versions of the puzzles in Senior Detective mode, plus offers hints and a task list of things that need doing.

For those new to the series, the game uses a first-person perspective with a point & click interface. Movement throughout the train is controlled by directional arrows leading from node to node, along with the occasional camera panning option. While this method is generally straightforward, at times the rotation of the camera can change the view so that it's not very clear exactly where you've turned, making it very easy to keep walking into a room you have just exited. 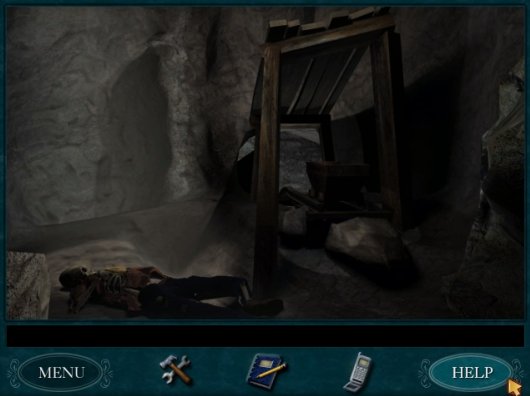 There are several icons at the bottom of the screen that represent your inventory, a notebook that contains important notes of your progress throughout the game, and a phone for not only calling Nancy's pals George and Bess, but also taking photographs. Phoning the girls results in some very humourous conversations, even if it's mostly for entertainment value. Taking photos with the phone is a nice aspect, but it does have its limitations. Once you've taken a photo, you can only keep it by exiting the phone itself, which is strange--a save function would have made far more sense. There is one puzzle that requires the use of the camera (shame there weren't a few more thrown in, really), but if you want to take photos of important clues for use later, you'll find that the scope for the camera is too small for this purpose, which seems like a wasted opportunity.

The story centers around socialite Lori Girard, an airhead who constantly fails to get Nancy's name right. Lori has invited several renowned personalities onto the train for a trip to Copper Gorge, Colorado. The guest list includes Frank and Joe Hardy, so for the first time in the series, Nancy Drew hooks up with the Hardy Boys and accompanies them for the ride. Once under way, Lori explains that the train used to belong to Jake Hurley, a man who was rumoured to have discovered a gold mine in Blue Moon Canyon. Apparently, the train arrived at the canyon in 1903 with the engineer mysteriously dead and Jake Hurley nowhere to be seen. To add to the mystery, Hurley's wife Camilla had previously died on the train, leading to rumours that the train is haunted by her ghost. Halfway through Lori's opening speech, the lights go out and she lets out a piercing scream, and is gone when light is restored. With the hostess missing, it's time for Nancy Drew to investigate her sudden disappearance and reveal the hidden secrets that lurk within the train's carriages. As it turns out, without spoiling the experience for anyone, I will say that solving Lori's vanishing act proves rather anti-climactic, but it soon gives way to the greater enigma left by Jake Hurley.

While digging into the mystery, Nancy learns more about the other invited guests: a romance novelist who spends much of her time writing on her laptop and seems unaware that she met Nancy on a previous occasion, a paranormal investigator who hosts his own TV series and only seems interested in the ghostly Camilla, and an egotistical detective who relies on his reputation and lacks any real skill at actual detective work. Frank and Joe don't accompany Nancy around the train, as this remains very much a solo Nancy Drew mystery. However, they both have a reasonable amount of dialogue and at certain times in the game will inform Nancy of an important clue or event to help you progress. You will briefly control Frank Hardy for one of the puzzles, although the first-person perspective means that the difference between characters isn't really noticeable. 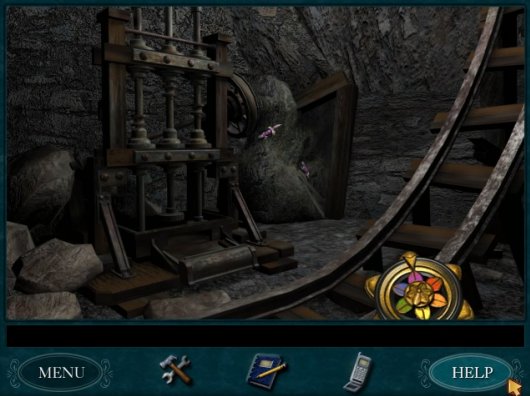 The character animations are well implemented, with hand gestures making the conversations seem more realistic and the lip movement matching the dialogue pretty closely. Voice acting is also of a reasonably high quality, although at times there are pauses in conversation where there shouldn't be, which can ruin the effect. The dialogue itself at times feels long, although generally there isn't much to complain about. The only thing that does seem a little strange is that the character models have a smooth, polished look that appears out of place alongside the crisp and realistic backgrounds of the train.

When the train eventually gets to Copper Gorge Canyon, it's disappointing how little you get to explore of it. All that is available to you is the museum, a cemetery, and a mine, so it doesn't really feel like you are exploring another location. The locales are also lacking in atmosphere; you never really feel that you are exploring a mysterious place full of intrigue, just wandering from one place to the next. The same can also be said of your journey on the train. Apart from a couple of minor incidents, very little actually happens, so it constantly feels as though you are waiting for the game to develop and it never actually does.

Of course, though nothing much happens to develop the plot, there is plenty for Nancy to do in the meantime. Adventures can live or die on the strength of their puzzles, and thankfully this is one of the strong areas of the game. Questioning the characters is just one part of the process, along with a variety of different types of puzzles. These are very consistent with the early 20th century time period of the train, where mechanical devices, tiles, blocks, books, levers and old papers were used rather than modern technology. For example, a particularly endearing puzzle activity involves a mechanical wind-up toy, where a horse jumps over hurdles in time to music, and is something you could envisage existing in that time period. There are tile puzzles where pieces have to be placed in the correct order to open up compartments, old weighing scales used effectively to unlock secret doors, and gem stones have to be collected to use in an old invention. Photos and a nice embroidered canvas provide clues for other puzzles along with old books, cryptic maps and hidden messages to uncover. While there are some puzzles that are over-used--most obviously four pipe link puzzles--most are quite clever and can be solved by taking note of all the clues available to you. Another particularly enjoyable puzzle is that of a hidden doll collection which has to be sorted in a certain order, causing you to search every nook and cranny for pieces of the final solution. There's even an old version of solitaire (the board game version, not cards) to play. There are occasions where it is possible to end the game prematurely, but the Second Chance option enables you to undo your mistake and try again, a feature that encourages you to explore without the fear of getting stuck beyond recovery. 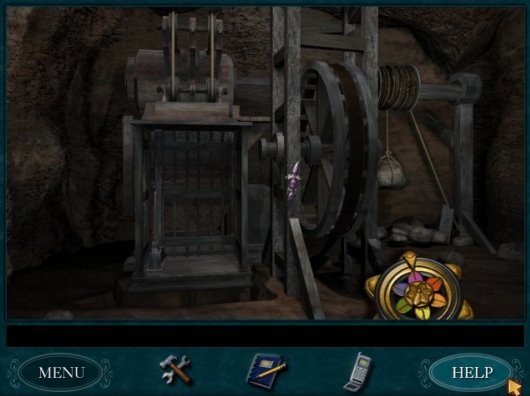 A couple of real-time action sequences also occur at the Copper Gorge museum, but as they aren't too reliant on reflexes, they really shouldn't prove to be much of a problem. One involves playing a Gold Rush mini-game with a Pachinko board, which is more luck-based than anything, and can be tried multiple times until you get it right. The other game involves sorting out sweets traveling along a conveyor belt into their correct sections without getting it wrong too many times, but again, this can be repeated if necessary.

When it comes down to it, there's a lot to like about Nancy's latest challenge, despite its weaknesses. There isn't much depth to the storyline, and the sedate pace of the gameplay is something that may deter those looking for a more thrilling experience, but these have never been strong suits of the Nancy Drew series. Fortunately, while the estimated 20 hours of gameplay is an exaggeration, there are plenty of puzzles to keep an adventurer busy. These puzzles are varied, logical, and make sense in the train's historical context, and there is something simply enjoyable about investigating the different characters and piecing together clues to the mystery of both Lori Girard's disappearance and Jake's old mine. Although more could have been made to involve them in the investigation, the introduction of the Hardy Boys is also a nice reward for longtime Nancy Drew fans. For those who aren't sure if the Nancy Drew games are for them, this game is unlikely to convince them. However, those who are in the mood for a light investigation with some charming puzzles just might want to climb aboard the Last Train to Blue Moon Canyon.

While not an essential purchase, Last Train to Blue Moon Canyon is an enjoyable addition to the long running series. Ideal for younger gamers.

What our readers think of Nancy Drew: Last Train to Blue Moon Canyon

One of the best ND games!

This is one of my favorite Nancy Drew games. I played it as a kid, around age 8-9, and have replayed as an adult. Despite its age, it's still a very enjoyable game. Graphics are... Read the review »