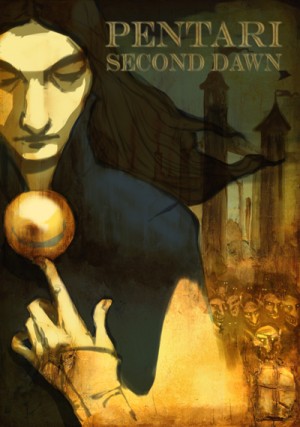 After saving the Kingdom of Pentari from ruin and total destruction in First Light, you have ascended from the ranks and installed as Governor of the new sixth city of the empire across the Quondem Ocean. This bold move to expand the kingdom to the distant shores of Umbra comes with great rewards and much uncertainty. Lest you forget - the rogue wizards who nearly destroyed the Empire hailed from Umbra. The growing young city of Lindon is making quite a mark on the natives; some embrace your settlement while others shun it and seek to snuff it out. An ancient threat known only in legends grows in strength outside Lindon's walls. As the leader of the thriving young City of Lindon, you must protect your people and the interests of the Empire. Taking matters into your own hands, many dangerous tasks lie in front of you as well as a line in the sand you are dared to cross.


No screenshots for Pentari: Second Dawn available (yet).

No videos for Pentari: Second Dawn available (yet)

What our readers think of Pentari: Second Dawn

There haven't been any reader that reviewed Pentari: Second Dawn yet. Please share your (short) verdict, a review or post your star rating!