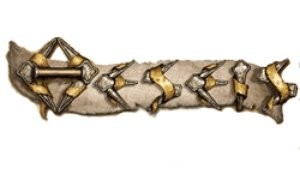 Andronicos is a man devoted to science and the war against superstition. From his office in the historic centre of Athens, he was worked diligently to reveal the paranormal for what it truly is: drunken fantasies and uneducated hysteria. But his intelligible, safe little world is going to come crushing down when a call from Pheve, his adopted sister and fervent advocate of the mythic, informs him that his stepfather is not only missing, but presumed dead as well... From the hidden network of caves beneath the Greek metropolis, crawling with the remnants of a bygone era and treasures of the past, to long lost places of legend all over Greece, Andronicos and Pheve struggle to uncover the pieces of an ancient conspiracy, kept secret through stealth and murder. But what they find could well be just the tip of the iceberg, as beneath the cover of shadows and time, a great power lay dormant, waiting for the time when it will once again come forth to the light of day, back amongst the people where it belongs.

Production on this game never officially cancelled but apparently abandoned.

Stuck in Theseis, or looking for the best way to proceed? Click below to view our walkthrough for Theseis and wonder no more!

Screenshots for Theseis » View all screenshots (13)

Videos for Theseis » View all videos

No videos for Theseis available (yet)

What our readers think of Theseis

There haven't been any reader that reviewed Theseis yet. Please share your (short) verdict, a review or post your star rating!

Theseis is an upcoming adventure game, that will be released by Track7Games. Theseis has a Illustrated realism style and uses a Gamepad, Keyboard control scheme. Adventure Gamers have not yet published a review of Theseis, at this time the community has not provided a rating for Theseis.