When it comes to game design, every once in a long while an idea comes along that's so brilliant in its elegance and simplicity that it's a miracle no one's thought of it before. Or maybe it has been thought of before, but rejected in an industry that typically recoils from innovation. I mean real originality, not the technological improvements we usually pass off as progress. This attitude is no surprise, really. After all, familiar is comfortable, reliable, and safe, but the unknown is new and different and risky. And why change for the sake of change? If it ain't broke, don't fix it, right? So we typically get a steady stream of the tried-and-true until a daring and inventive developer is willing to take a chance on a fresh approach.

That's where Lexis Numérique comes in. While other companies seek to create the next big thing, the French studio is content to do its own thing. With a goal to create "original concepts with top notch design", already they've proven this is no hollow ambition. Renowned mostly for children's titles since its inception way back in 1990, Lexis arrived with a flourish on the adventure scene in 2003 with the release of In Memoriam in Europe (known as MISSING: Since January in North America). The cyber-thriller proved an intriguing blend of reality and fiction, and will soon be followed by EVIDENCE, a sequel that looks set to improve significantly on the original formula.

But while work on EVIDENCE proceeds on one front, the developer is also busy working on another wildly creative title that (almost) no one's ever heard of, Experience112. Although not yet in playable form, we were fortunate enough to be walked through a concept presentation at E3 by Djamil Kemal, the marketing director for Lexis Numérique. In our on-site E3 report, I called Experience112 the Most Promising Adventure of Show, as it's built on such an ingenious premise that it deserves to be one of the most hotly anticipated titles in the coming year. 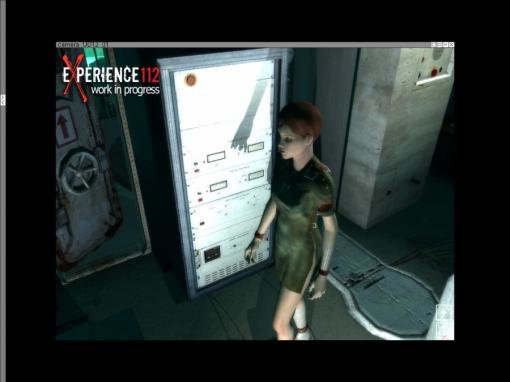 To understand Experience112, forget much of what you know about adventures and let's start over from scratch. After a cinematic intro that sweeps over cliffs and scenic coastlines, the view reveals and then enters an old, dilapidated ship that's grounded ashore. As the game opens, players find themselves in the boat's operations room facing a highly advanced panel of controls and surveillance monitors. The player has no onscreen avatar, but that doesn't mean it's a first-person game. I told you to forget what you knew about adventures. Instead, you see a woman on the screen in front of you, awaking in one of the cabins. With intravenous tubes in her arms, she is clearly ill, but you'll watch her discover a letter and then begin a desperate attempt to escape her locked room. Helpless but clearly NOT alone, she needs your assistance to escape her floating prison. And so begins a shared adventure that you experience through her, while personally remaining in your detached position.

Since you're unable to move about, what you have at your disposal is a wide array of sophisticated technology. Using a simple point and click interface to manipulate the onscreen display (though optional direct control methods are introduced for various tasks), you'll need to employ this equipment strategically to overcome the many environmental and human challenges facing the woman, whose name you soon discover is Professor Lea Nichols. Unfortunately, you have no ability to communicate verbally with her, so your influence must be asserted through more subtle measures. At times this will involve simple tasks like opening and closing doors or steam valves, flicking light switches on and off, or ringing a phone. Other times, her safety will require you to take a more direct role by controlling survival systems like water, air, temperature, and electricity, or by distracting enemies that she may not even know exist. 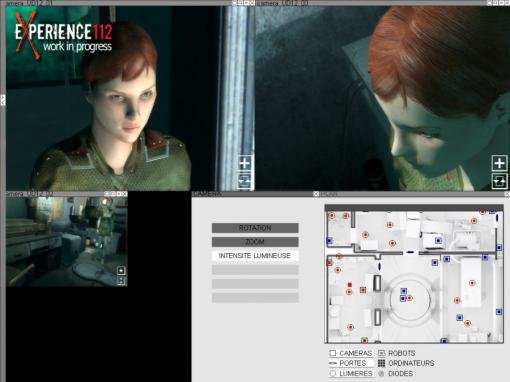 As Lea's extended eyes and ears, you'll constantly need to be scouting the path ahead for dangers. The camera system allows you either multiple views of the same place, such as seeing both sides of a closed door, or the ability to watch several places at once. These cameras come with full 3D rotation and zoom capabilities, enabling you to thoroughly search each area, even to the point of reading lips. But you will also need to use light intensifiers, heat detection, thermal vision, and even mobile cameras on remote controlled vehicles in order to fully explore and analyze the environment. These are anything but mere gimmicks; they are a vital component of your progress. For example, if you're unable to discern a structural failing in the floor using your advanced tools in one area, you may be leading your charge straight into disaster.

Fortunately, disaster doesn't mean game over. The developers acknowledge that having Lea die and then magically revive would reduce player immersion, so their goal is to create consequences that you can overcome naturally. For instance, Lea can lose consciousness or become wounded, at which point your immediate mission will be to help her recover by finding medicine or through other means. This ensures a seamless flow to the story, and should encourage players to experiment rather than punish them for failure. 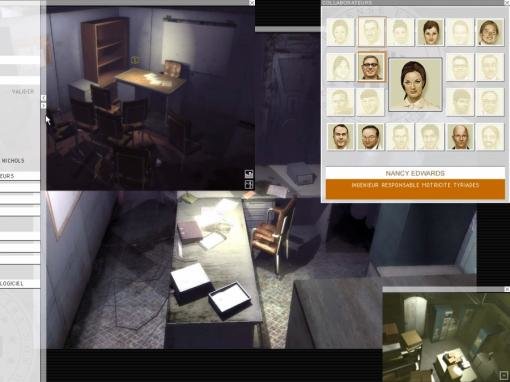 As if these tasks weren't difficult enough, adding yet another layer of challenge to the game is Lea's independence. Although reliant on you to guide her, she does not know who you are, and since she has her own notions, attitudes, and fears, she will not blindly follow your lead. So you'll need to note her reactions, anticipate her decisions, and most importantly, earn and maintain her trust. Without that trust, she will be more reluctant to take your directions or provide information you need, and may even decide to act on her own accord. Obviously placing her in dangerous situations will be one way to jeopardize that trust, but according to Kemal, there will also be other ways. In one case, Lea will ask for privacy to change her clothes. Honour her request and she'll further believe in your integrity; get caught trying to sneak a peek and her faith in you will drop accordingly.

Not to be outdone by the puzzle and A.I. elements, however, Experience112 promises to have a strong narrative component as well. Your own identity is unknown both to yourself and to Lea at first, but as the game progresses, it will start to become evident through periodic flashbacks that you and Lea do indeed know each other. This creates two different questions for the player: what your relationship is with Lea, and why you have such "Big Brother" power over her environment. To flesh out these questions, the ship's Intranet comes heavily into play, as you'll gain access to classified files, emails, video logs and other documents dating back to the 1970s that give you clues to understanding your current situation. As an added bonus, the game will offer secondary missions through these files. Such missions will be entirely optional, but will afford greater insight into the world of Experience112. 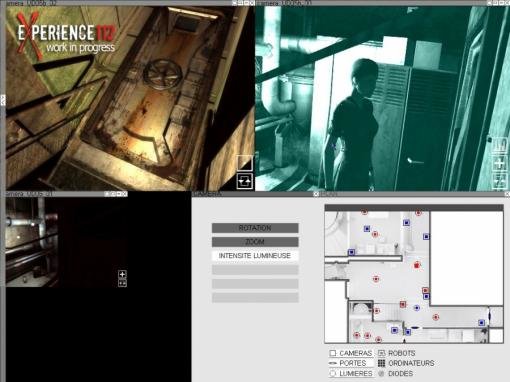 While not wanting to give too much away at this point, the more you explore, the deeper into the mystery players will be drawn. Rather than helping Lea merely escape, you'll end up leading her further into the depths of the ship, which reveals itself to be a secret military base, while Lea's role in a dangerous experiment lies at the heart of her (and perhaps your) presence on board.

Like any genuinely innovative game, the success of such a fascinating concept will depend entirely on the quality of its execution. The potential for a challenging, complex game could easily give way to a frustratingly complicated one. But Lexis Numérique is no stranger to intricate designs, and their experience should bode well for the development of this game.

Experience112 will be published by Micro Application in France in the first quarter of 2007, and Lexis Numérique is currently in negotiations to secure a North American publisher. In the meantime, we'll continue to champion the game as one of the most promising games on the horizon until someone signs it, even if it's just to shut us up. But I suspect the merits of the game will ensure that happens in any event. Experience112 is not the "future of adventures" or anything similarly grandiose – just a bold and brilliant idea that reminds us of the kind of diversity the genre is capable of, and that's something every adventure fan should be excited about.