Review for Qin: Tomb of the Middle Kingdom 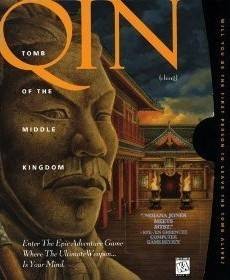 Pronounced "ching", Qin is a dreamlike game that gives you the opportunity to visit China and explore a vast ancient underground burial city.

The format of the game is quite Myst-like, a point-and-click slide show. You play a character that is in China working on an archeological expedition on behalf of a gigantic Western conglomerate. But this is no ordinary academic dig – this is a treasure hunt. The chairman of your company is looking for a fabled elixir of life that is supposed to be hidden in the buried city. As the game opens, an earthquake swallows you into the bowels of the earth!

After the earthquake, you realize you have landed at the entrance to the very underground necropolis that the expedition is looking for. 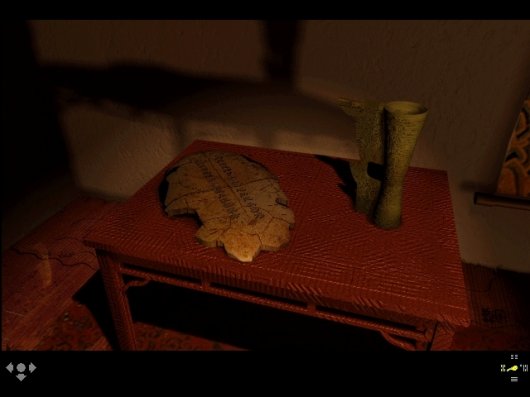 As I said, Qin is definitely a Myst clone, though it’s not nearly so challenging as Myst was. After the earthquake your job is to explore a series of subterranean environments that make up this mysterious buried city. The game has four levels, and as you solve puzzles and reveal more and more of they mystery, you gain access to more and more of the city.

The graphics are just beautiful (if fairly static), and create a dreamy atmosphere as you explore the various pavilions, palaces, workshops, throne rooms, and burial chambers that make up the world of Qin.

The mysteries in the game are driven by Chinese history, philosophy and folklore, and this content is presented with a great deal of finesse and intelligence. It was quite enjoyable to wind my way through the poetry, symbols, sayings and stories that filled this world. There are some adventure gamers who may not like the idea being subjected to "educational" content while playing a game. I am not of that persuasion. If the information is presented compellingly, intriguingly, compellingly – I am quite happy to go along for the ride. In fact, playing educational games can have unexpected benefits. I find that whenever I see a movie now that deals with ancient Egypt or the ancient Mayan culture, because I’ve played so many games that deal with these cultures, I am watching with slightly more educated eyes. Sitting through the new film The Mummy recently, for example, I was delighted to realize I understood who some of the statuary represented, as well as some of the symbols. This would not have been true at all before my discovery of adventure games. 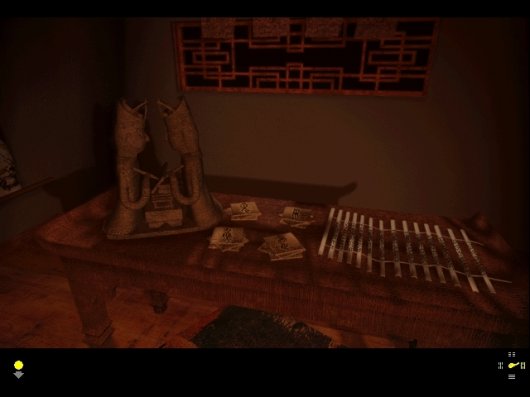 This is not a game for someone in the mood for muscular puzzle solving. The puzzles are, for the most part, pretty mild stuff – logical, straightforward, and very tied to the textual material. One exception is a badly designed puzzle involving a sort of combination lock. This stinker is difficult, not because its a devilishly clever challenge or anything, but because the designers made a fundamental mistake – the combination is based on compass directions that are actually incorrect! This sort of thing gets me pretty irritated. It’s like a musical puzzle that only works when you use the WRONG notes (hello, Golden Gate!).

By the end of the game, you have of course put the elixir of life back together, and you then have a fateful decision to make: what to do with it? Happily, the game provides three well-thought out endings based on your possible choices.

The music in the game is excellent and contributes greatly to the intoxicating mood. 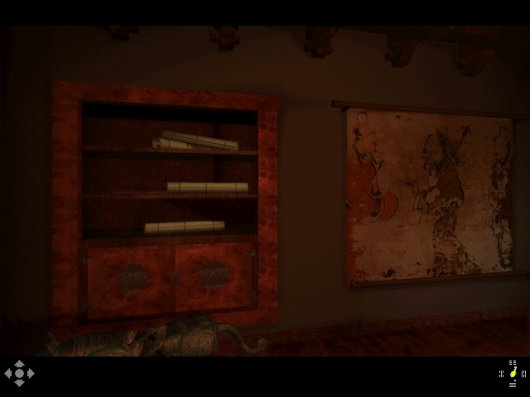 Also the game is very short, being one of only two games I’ve ever finished in a single day. This is not necessarily a criticism. The main reason my friend and I finished it in one day is that it was so compelling we couldn’t quit playing it!

I would recommend Qin for its lovely, mysterious atmosphere, intriguing content, beautiful graphics and compelling (if easy) puzzles.

Qin is a nice dreamy, leisurely escape that I would recommend to anyone interested in the subject matter.

GAME INFO Qin: Tomb of the Middle Kingdom is an adventure game by Learning Technologies Interactive released in 1995 for PC. It has a Illustrated realism style and is played in a First-Person perspective. 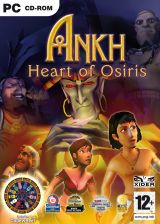