In the backwater Florida town of Cypress Knee, a washed-up Hollywood actor is found hanging from the iconic tower at the center of Chief Roadside’s Wonderland, a tacky resort that is more of an affront to Native Americans than tourist attraction. You investigate this mysterious suicide through the eyes of three distinct characters: cheeky blogger Romana Teague, beleaguered local newspaper reporter Jack Bellet, and cynical private investigator K.C. Gaddis.

The complete series in three acts.

Voice acting to be added to second installment of three-part theatrical murder mystery.

Stuck in Knee Deep, or looking for the best way to proceed? Click below to view our walkthrough for Knee Deep and wonder no more! 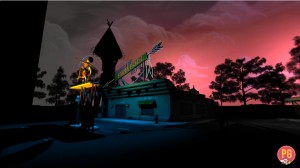 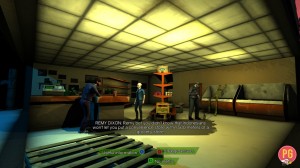 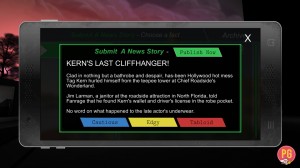 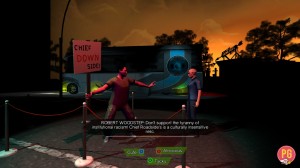 What our readers think of Knee Deep

There haven't been any reader that reviewed Knee Deep yet. Please share your (short) verdict, a review or post your star rating!

Knee Deep is an upcoming adventure game, that will be released by Prologue Games. Knee Deep has a Stylized art style and uses a Keyboard control scheme. Adventure Gamers have published a review of Knee Deep and rate it as Uneven, meanwhile the community rating for Knee Deep is Decent.