continue reading below
» Home / Articles / Reviews / The Raven: Legacy of a Master Thief - Chapter Three: A Murder of Ravens review

Review for The Raven: Legacy of a Master Thief - Chapter Three: A Murder of Ravens

Two months after its memorable debut, the third and final episode of The Raven has now arrived. Opening with a killer first chapter full of intriguing characters and wrapped in an exciting story with an unusual protagonist at the helm, this KING Art title looked set for great things. Disappointingly, however, the second chapter took a turn for the worse, cutting the play time in half, ditching a lot of dialogue interaction and scaling back on new locations, though it did introduce the ability to play from the villain's perspective.

To close out the trilogy, here we are at A Murder of Ravens. Although the finale doesn’t rebound all the way to fulfil the potential teased in the opening chapter, and the story is ultimately resolved in a nonsensical way, this game does a better job of offering interesting gameplay than its immediate predecessor. The voice acting remains commendable, as does the music, but the overall experience just isn’t as impressive as it could have been due to extreme location recycling and some questionable plot choices.

The previous chapter saw players take control of two characters, the criminal supposedly assisting the notorious thief called the Raven, and Constable Anton Zellner. Unfortunately, the latter doesn’t even get a last look here. You still control two characters, but this time around, along with the criminal you'll guide his/her accomplice Alex as well. They’re perfectly serviceable protagonists and do have some interesting characteristics, such as the use of stereotypes to get their way and the evident good heartedness behind their devious doings, but neither is the standout lead that Zellner was previously. 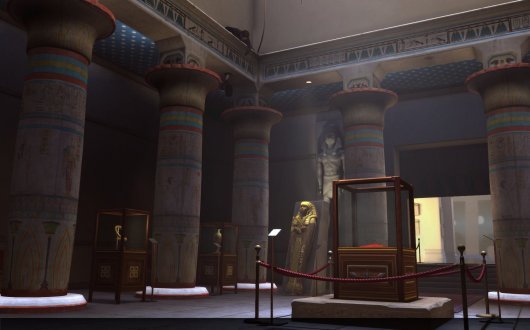 Once again you'll spend time at sea on the cruise ship before landing in Cairo and discovering just how the Eye of the Sphinx was stolen from its display cabinet. On paper, the idea of playing from the villain’s point of view remains interesting, but the execution falls a bit flat here. There are barely any new locations at all and exploring the ship and the museum yet again is slightly boring.

That said, it’s nice to see how everything pieces together, like how Zellner was saved in the hospital ward or where his attacker disappeared to. You also get to find out more backstory for the German doctor and the violinist, but these come across as a bit forced. If such details played into the story more organically, the payoff would have been much more satisfying. Getting to know the characters was really enjoyable in the opening episode, but most of their stories weren't properly explored after that; they just fade off, the narrative becoming less and less about the ensemble cast.

Whereas in previous episodes the endings felt slapdash and sudden, the problem with the series finale is that it just doesn’t make sense. The final twist is ridiculous. The explanations feel cheap and it completely invalidates a lot of your previous interactions. It makes me wonder whether the ending was planned from the beginning, because it’s baffling how the developers thought creating so many plot holes was a good idea. I won’t mention specific examples to avoid spoilers, but the surprise reveal makes entire conversations from the past, on reflection, completely nonsensical. If the twist was logically and seamlessly integrated it would have been superb, but sadly it fails and taints the whole story in retrospect. 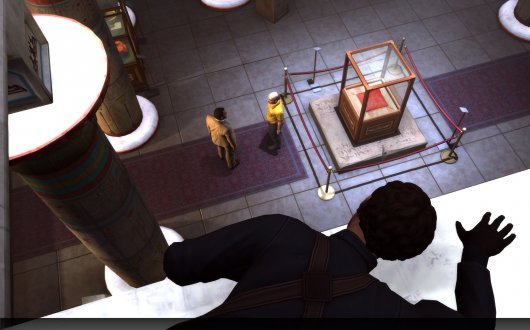 Even without Zellner as its star, once again the voice acting is exceptional. Of particular quality is Inch, the Baroness’s former butler, whose decidedly un-butler-like performance here is spot on. Alex is also great, and it’s funny to hear her switch between her articulate natural persona to a ditzy American blonde with ease. The soundtrack remains of superb quality, but by this point the score sounds too familiar. As with the second episode, it would have been nice to get some new orchestral tunes to mix things up a bit, but what’s here still works well.

I found A Murder of Ravens slightly trickier than previous chapters. It’s nothing overly challenging, but the increased difficulty is a welcome change as the game draws to a close. Breaking into the museum from its rooftop windows requires more inventory fiddling than has been needed in the past; it’s by no means particularly taxing, but as it’s one of the last puzzles, it seems fitting that it takes a bit longer to think through.

There are a couple of instances where solutions aren’t properly signposted, however, which may lead to some confusion. One such occasion is a wire getting bent when attempting to use it – a fact that isn't revealed unless you happen to check your inventory. Similarly, when you’re trying to sneak past a museum guard you can continually keep writing your name on the invitation list. If you haven’t performed a key action beforehand, however, this will be a fruitless task. The game lets you do it over and over without indicating that you’re missing something. It’s poor puzzle design and better signals should be given to the player. 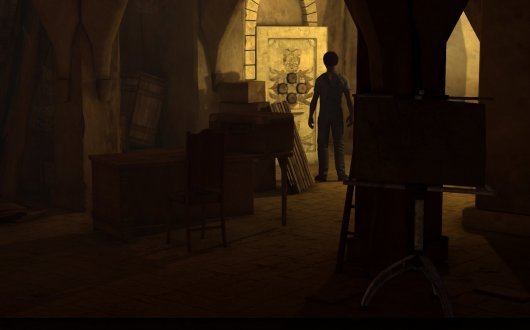 Outside of the main adventure you can also access things like concept art, renders and music from a menu option, all of which you have been unlocking as you've progressed through the episodes. It’s a nice addition, especially the video where you can watch an orchestra performing the game’s score. Also of note are the alternate sketches of characters (a glimpse of what could have been) and the hand drawings of locations before they were rendered.

As has been consistent throughout, there are still various technical issues evident. There’s nothing game-breaking, but things like pathfinding issues and misaligned hotspots should have been fixed long before now, let alone one particular instance where Lady Westmacott’s wheelchair pops up in the background of a conversation, the mystery author herself nowhere to be seen.

My play time clocked in at 3½ hours for this episode, although thirty minutes of that could probably be chopped off due to the aforementioned puzzle confusion. However, whereas in the second episode a similar duration felt too short, here it’s about right. That’s probably due to the fact that it’s clear the story isn’t going to progress past the museum and anything longer would feel drawn out. If that sounds like a backhanded compliment, that's because it is – it's a shame the game never progresses on from Cairo as there was real potential for an ongoing adventure. 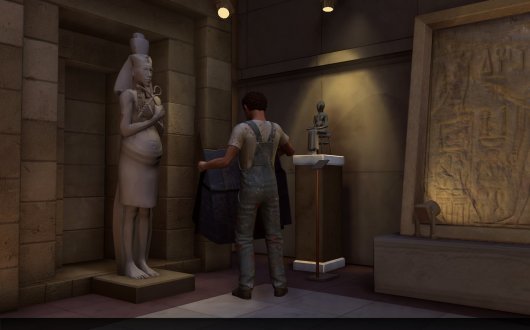 A Murder of Ravens  isn’t a wholly satisfying conclusion to The Raven. It’s better than the previous episode thanks to a few trickier puzzles, but it still doesn’t reach the enjoyment level and potential that seemed so abundant just two short months ago. The voice acting and music remain top rate, but it’s disappointing how many locations are recycled, and the ending doesn't just fall flat, it falls off a cliff and drags the earlier storylines with it. The Raven as a collective experience still comes recommended for its interesting characters and intriguing storyline, but go into it knowing that the best is saved for the beginning.

Since time of writing, this game has been re-released in a graphically-enhanced "Remastered" edition. This review deals only with the original release.

WHERE CAN I DOWNLOAD The Raven: Legacy of a Master Thief - Chapter Three: A Murder of Ravens

The Raven: Legacy of a Master Thief - Chapter Three: A Murder of Ravens is available at:

A Murder of Ravens ends the story on a cheap note and doesn’t quite live up to the promise laid out in the opening, but it’s certainly more fun than the preceding chapter.

GAME INFO The Raven: Legacy of a Master Thief - Chapter Three: A Murder of Ravens is an adventure game by KING Art Games released in 2013 for Linux, Mac, PC, PlayStation 3 and Xbox 360. It has a Illustrated realism style, presented in Realtime 3D and is played in a Third-Person perspective. 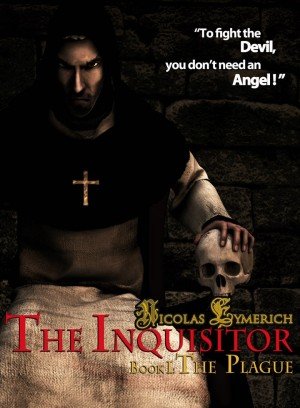