The Jake Hunter visual novel detective stories have not gained much traction in the West, despite representing a well-established franchise in Japan for over three decades now. Sadly, the newest English-language anthology, Ghost of the Dusk, will probably not do much to rally new supporters to the series' cause. Beyond just a few minor issues present in localization, the majority of mysteries on offer here – apart from the game’s titular case – simply aren’t very engaging from a storytelling perspective, and generally leave the player with little to do but click through often unengaging text.

In the East, private detective Jingūji Saburō has enjoyed widespread success on both handheld systems and home consoles, and even in numerous novelizations. Outside of Japan, meanwhile, it has been ten years since we last saw Jake on the Nintendo DS, with an improved remake a year after a rather dismal first outing. Like the last offering, the 3DS-exclusive Ghost of the Dusk once again combines a meatier main story case with a collection of shorter standalone mysteries assembled from previous Japanese mobile releases. While it’s nice to get these combined collections when we do get anything at all, this time it ends up feeling like a matter of quantity over quality.

The amount of mileage to be enjoyed from each of the six cases varies from one to the next. The main investigation, naturally, is the highlight here, with a mystery that spans decades and connects past with present, adding some political intrigue to boot as it crosses international borders to span the globe. The writing is largely well done, with particular attention paid to elevating the style through some clever phrasing here and there. On a technical level, however, the translation is wonky more than a few times, with small mistakes like repeated or missing words, all the way up to a character’s name changing from one sentence to the next. 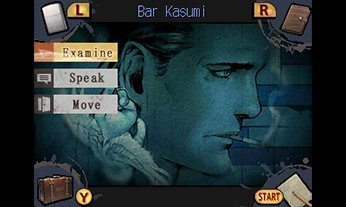 It all begins with a wild-eyed man entering the same bar Jake happens to be visiting late one night, madly raving about having discovered a dead body in a spooky, abandoned house. While the mystery behind the deceased is swiftly solved, a much larger case begins to take shape as the house owner engages Jake’s services to look into another matter. As the body count rises to include several individuals close to the investigation, it becomes clear that the unknown culprit hiding in the shadows would prefer to stay that way.

While the eponymous case has intriguing characters and plot twists and encourages you to become emotionally invested in its cast, the same cannot be said for the additional side cases. There is no through-line, as each investigation stands entirely on its own. That doesn’t necessarily work in the game’s favor, however, as new characters and entire plots must be introduced and dealt with fairly quickly to build up momentum all over again every time a new story begins. Even then, the average four-hour runtime for each of these smaller mysteries actually seems longer due to narratives that feel far more plodding than the first case. A single mother accosted by unsavory mobsters, a movie production afflicted by unexplained troubles, an antique store struggling to make ends meet – some work better than others, but “excitement” is a word that will rarely surface in connection to what’s on offer here.

Gameplay fares similarly poorly, though that isn’t entirely surprising in a visual novel. It’s hard to overemphasize the heavily slanted ratio between tapping through text boxes and actually engaging in some other form of gameplay. The main case strikes the best balance by far, pausing the exposition at well-timed intervals to ask players to search a location by moving the cursor around the screen, either by tapping it with the stylus or sliding the cursor using the directional pad until a color change indicates a clickable hotspot. A handful of times this devolves into a pixel hunt, with one memorable instance where I found myself trapped in an investigation scene because I wasn’t clicking on a random area near the edge of the screen that was deemed a point of interest, with the game imposing strict instructions to not move on until every hotspot had been interacted with at least once. 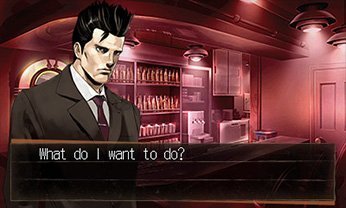 Occasionally a minigame appears, emulating Jake getting his thoughts in order by having you interpret the ongoing investigation via menu text prompts. This tests whether you have been paying attention by asking a question related to the case and offering a number of possible answers, mirroring the detective’s process of deduction. Shorter pick-up-and-play 3DS gaming sessions make it harder to retain crucial details, but it is impossible to lose the game as there is no consequence for choosing an incorrect response, other than perhaps a line of text prompting you to choose again.

This handholding mentality extends to additional aspects of the game as well. The other tasks initiated by the player – traveling to a new location, examining an area, talking with somebody in the vicinity, or occasionally selecting an item from Jake’s inventory to use (most notably his cell phone) – are similarly restrictive. The narrative plays out in a preset order, and is simply disguised to appear as player choice. Being funneled down this extremely narrow path with no gameplay to break up the monotony is one of the reasons why most of the side cases seem to stretch on and on. The lack of any real influence really puts a damper on the fun that can be had with this title.

Ghost of the Dusk does not even slightly nudge the limits of the 3DS’s graphical hardware; in fact, 3D is never utilized in any way. The game sticks to genre conventions such as static backgrounds and foreground character models that cycle through several expressions during dialog scenes. It’s fairly basic stuff, but works just fine for what is needed. The hand-drawn environments are plentiful and a number of action stills help tell the stories along the way. Each investigation is firmly rooted in the mundane everyday world, taking place in the offices, apartments, suburbs, and shopping districts of the fictional city of Aspicio. Thorough examination of your surroundings will net you a certain password from time to time, which can be used to unlock one of a number of special features, such as case-specific art galleries and short developer interviews. 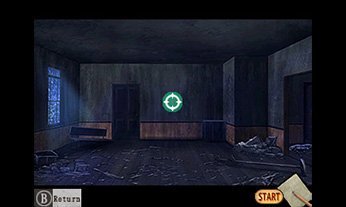 With the cases being assembled from a variety of Japanese releases, some even featuring different development staff than others, it’s an interesting facet of the game that its main characters’ appearance continuously changes from episode to episode. Basic features remain, but Jake, his assistant Yulia, and cop pal Kingsley sport slight redesigns in each chapter. A wild exaggeration of this is evident in “Jake Hunter Unleashed: School Festival Locked Office Case,” a short locked-room mystery featuring a unique chibi art style (characters with small bodies and large heads). This case’s one-hour runtime is a great length for presenting an intriguing mystery without feeling like a lot of filler content has been shoved in to wear out its welcome – an example that the other production teams would have been wise to follow.

Care was taken to provide several unique musical themes for each episode, successfully achieving the overall goal of creating a classic hard-boiled gumshoe vibe. The scores nicely complement the narratives they support, doing a good job of underscoring emotional beats while remaining generally unobtrusive. A bit of Japanese voice work is also included, though more to establish character presence than voiced lines of actual dialog. The text itself scrolls silently, and can be quickly sped up via repeated tapping.

Ultimately, Jake Hunter Detective Stories: Ghost of the Dusk is a game whose positive qualities are undermined by fundamental issues that make this a hard sell. The gameplay is so token it’s laughable, and while the different cases offer a little narrative variety and can elicit some emotional investment, they stretch the boundaries of patience too many times with storylines and tedious moments that don’t whip up enough interest in between the more compelling plot elements. With the exception of the main case, the majority of this package falls short of being a proverbial page-turner that keeps you guessing along right up to its conclusion, so even in the realm of visual novels, there are many more engaging choices out there.

Ghost of the Dusk is likely not going to help put Jake Hunter on the map in the West. Every step forward taken by its main story is negated by dull and drawn-out sessions of tap-the-screen, making them feel more like padding that will try the patience of even devoted visual novel fans.

GAME INFO Jake Hunter Detective Story: Ghost of the Dusk is an adventure game by Arc System Works released in 2018 for 3DS. It has a Stylized art style and is played in a perspective.

What our readers think of Jake Hunter Detective Story: Ghost of the Dusk