If it seems like it’s been a long time since you last heard about Mage’s Initiation: Reign of the Elements, it probably has. Himalaya Studios, best known for their fantastic free VGA remakes of the first three King’s Quest games and Quest for Glory II launched a Kickstarter five years ago and nearly doubled their funding goal for Mage’s Initiation, promised as a modern era adventure-RPG hybrid in the grand tradition of Quest for Glory. Optimism was the order of the day, with an expected release date of February—2014! With anticipation building (and then waning due to delays) ever since, at last the initiation is nearly complete. I had the chance to play a preview version released into the wild in anticipation of the game’s early 2019 release, and it has immediately cast quite a spell on me.

Reign of the Elements puts you into the inexperienced shoes of D’arc, a 16-year-old student of spellcasting preparing to begin his career as a full mage in the land of Ele’Wold, a peaceful kingdom with sinister trouble brewing. D’arc is naïve and tentative about the task before him as he enters the Mage’s Tower at the beginning. Within the first half-hour of the game, you’ll have a chance to appear before the Council of Mages and, through a choose-your-response dialogue test, ultimately select an element to align yourself with (earth, fire, water, or wind). Once your alignment is set (there is no changing other than beginning a new playthrough), the combat training begins before you can venture out from the Tower.

Each mage archetype has one combat spell to begin, as well as a passive skill, and ultimately your character will learn a total of six spells. The Earth Mage that I became has a rather simple initial fighting skill: the ability to create and launch rocks at opponents, Street Fighter fireball-style. In the early stages, the combat seems relatively basic, especially if you leave the default auto-targeting option on and don’t need to aim the spell. It’s just a matter of clicking to run to a part of the screen that allows you to avoid your enemy, and then firing a rock from a safe distance (as a mage, there is no melee or weapon-based combat). It didn’t take more than a few rocks to kill any of my early opponents, and in most battles I never took any damage. The combat can be set to one of three difficulty levels (I played at Intermediate), and I assume it will escalate in difficulty as the game gets deeper. 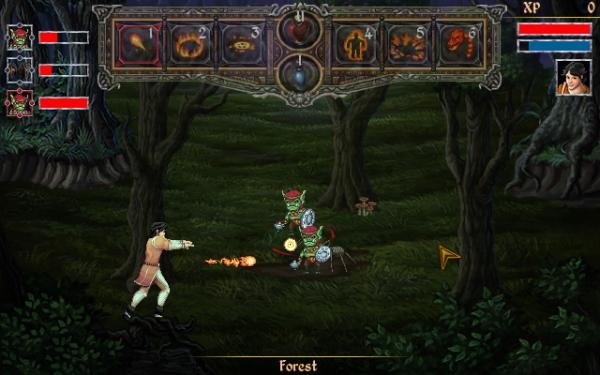 One thing I’m definitely curious about is the level progression. In this game, the typical Sierra-style score system is replaced by experience points. D’arc starts at level one with no experience and 100 points necessary to get to level two. Those points are gained, one or two at a time, by talking to the various NPCs about important topics, or picking up items as you explore the world, but the progression seems very slow early on. And while you might think grinding combat would be an easy way to build experience, you’ll be surprised to find that the random goblin encounters give no experience at all—in fact, the lack of grinding (a process treasured by old-school RPG lovers) is promoted as a feature of this game.

Gaining a level provides upgrade points, but the character attributes available for upgrade are not nearly as numerous as in most role-playing games: only Strength, Intelligence, Magic, and Constitution are counted. Strength and Intelligence have direct effects on the damage and the accuracy/speed of your spells, while Constitution increases your maximum Health, and Magic increases your maximum Mana. This apparent dilution of the RPG focus is consistent with the game’s promise that violence can be treated as fully optional—though part of the reason I’ve always wanted another great game in this style is the combat, so I have no intention of skipping any of it.

If the RPG elements seem a little light at this point, the adventure game hallmarks are clearly present—especially the dialogue. One truly impressive thing about this world is its number of characters. Throughout the Mage’s Tower, the town of Iginor, and the surrounding forest and mountain areas, there is a great deal of time to be spent on conversation. Some of the more important supporting characters have dialogue trees consisting of more than 20 discussion topics, with plenty of rich background context provided through these exchanges. Thankfully, the dialogue trees are color coded so you can easily remember which topics have already been brought up. 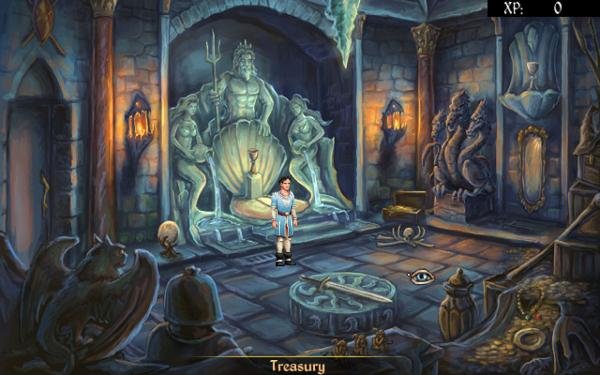 As an Earth Mage, my passive ability allowed me to communicate with earth creatures, so among the conversations to be had was one with Sam the Screaming Tree—but I didn’t have the ability to talk to birds, because as D’arc pointed out plainly in my playthrough, that type of silliness is best left to the Air Mages. The game’s tone is generally sincere and earnest, but there are some nice light moments of humor, generally in the portrayal of characters like the odd bandit duo of Fend & Pug. The script does not focus on the droll, sharp style of wittiness that was often found in the Quest for Glory games.

Mage’s Initiation features really impressive music throughout: sometimes a light classical ambience, and sometimes a more prominent, heroically inspiring piece, all with a bit of a medieval vibe. I have actually been letting the light acoustic guitar-based town theme play in the background as I write this preview. Even more impressive is the sound design, with great ambient effects such as chirping birds, chattering townsfolk, and running water integrated well with the world, which is more noticeable during exploration of outdoor environments that don’t have a musical soundtrack. The voice acting is great nearly across the board—though I’m not entirely sold yet on the awkwardly sincere voice of the protagonist. It’s not quite as bad as the infamous Al Emmo voice from Himalaya’s last commercial game, but it can be distractingly teenaged with a little too many emphasis points in each sentence, and I find the heavy echo effect on D’arc’s narration to be a bit unnecessary as well.

What you knew to expect from another Himalaya title—this being a company who rose to fame by making classic adventures look much, much better—is a beautiful game to look at, and Mage’s Initiation is truly an artistic wonder. Its 640x400 resolution calls back the genre’s golden era, but the unbelievable visual detail in every background, and the fantastic animation found in flowing streams, burning candles, busy townspeople, and much more bring extra life to every scene. I can’t stop looking at the towering stone buildings throughout the town of Iginor, which are individually constructed with the type of attention to architectural detail necessary for any real structure. The close-up character portraits, with near-perfect lip-synching, are equally attractive.

After the first hour or so spent in the Tower learning the ropes and the basic premise, the next few hours introduce a classic concept for adventures: three trials to become a full initiate, involving separate journeys over water, mountains, and into the forest. Not exactly revolutionary settings, but they are so consistently beautiful to look at that I don’t think I will have any problem wanting to replay this game multiple times with the different mage alignments. The early stages emphasize exploration and conversation more than puzzle-solving, but with the substantial amount of inventory-gathering taking place along the way, it seems likely that traditional adventure puzzling will play an increased role later on.

Reign of the Elements also allows you to choose your favorite interface style: you can go with the classic Sierra style of the drop-down icon bar, or the Full Throttle-style verb coin brought up by holding the left mouse button on interactive items, or even a third option that displays a condensed icon bar with a right-click, in case you like your interfaces small and compact. In a welcome bit of further customization, a constant hotspot identifier bar can be turned on or off, and can be moved to the top or bottom of the screen. I love the fact that the developer has gone to such lengths to let you personalize an experience that is most appealing to you.

It is probably a bit of misfortune for Himalaya that Mage’s Initiation comes so soon after Lori and Corey Cole’s Hero-U, but this is a very different game, leaning heavily into the sincere fairy tale wonder and pure adventure aspects of the King’s Quest series. It also relies less on humor and RPG elements, to the extent of offering a path to play as a pure adventure while still building in replayability with four different main paths, as well as promises of optional side quests and branching paths. I am intrigued to see what other spells my character will learn and how much deeper and more difficult the combat elements will get, but I especially just can’t wait to admire even more of the beautiful backgrounds of this technically superb game. Mage’s Initiation: Reign of the Elements is scheduled for a January 30, 2019 release and even six years since its introduction, certainly looks like an adventure worth the wait.

Corey Cole
I don't think indie adventure games compete with each other; we build each other up. John Paul Selwood was the principal background artist for both Mage's Initiation and Hero-U. We'll promote Mage's Initiation in our updates once it launches, as we've done in the past, and I expect they'll help promote Hero-U to their players. There is room for more than one game on the shelf. By the way, I'm excited to see this game finally near completion. I was a backer and love to see new games come out in the category Lori and I pioneered. We plan to make more Hero-U games as well, although it will all take a while, and we'll have to see how long we can afford to make them in today's very tough market.

zane
I think the proximity to hero-u is fine. Releasing in the same week mightv been a little awkward. But then this game is going to have a big advantage in drawing crowds anyway: voice acting. Im seriously excited to play this.
Advertisement
archived preview
continue reading below

The Council: Episode 1 – The Mad Ones 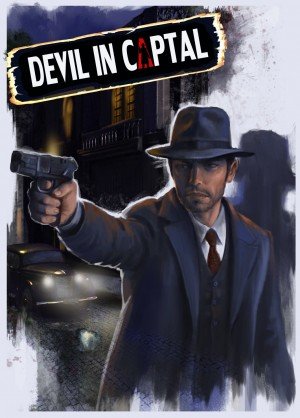